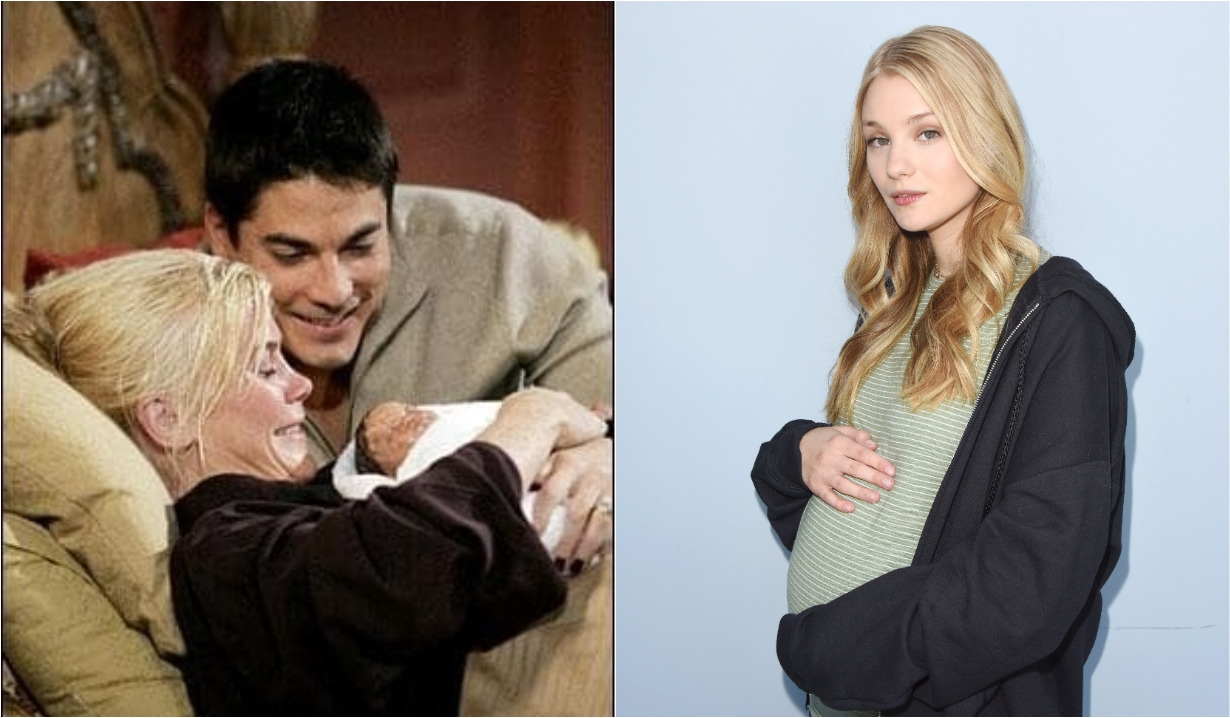 Days of our Lives character was determined to dupe Austin.

Days of our Lives’ Sami Brady (Alison Sweeney) just returned to Salem and found out her daughter, Allie Horton (Lindsay Arnold) is pregnant and didn’t want her to know. Moreover, she learned Allie plans on putting the baby up for adoption because she doesn’t want her mother’s ‘circus’ of a life to impact on her child. Sound dramatic? That’s nothing compared to the over-the-top goings-on when Sami was pregnant with Will…

Sami was in love with her sister, Carrie’s (Christie Clark) man, Austin Reed (Austin Peck), and went so far as to dose him with a date rape drug so she could have sex with him. Austin, who had no idea she’d also been made love to by her close friend Lucas Roberts (Bryan Dattilo), who comforted her after she tangled with her rapist Alan, believed Sami when she claimed he was the father of her child after turning up pregnant.

Sami, in fact, interrupted Austin and Carrie’s wedding to deliver the news, which effectively put a halt to their plans. Sami gave birth to Will and carried on the deception, eventually getting Austin to marry her after the baby was kidnapped and put on the black market, in order to get him back.

Afterward, Sami did everything in her power to remain married to Austin and avoided his attempts to secure an annulment. She even ended up in the ICU after Austin ran over her – twice with his car, and Austin had to pretend to be her loving husband as she played at having amnesia.

Eventually, the truth came out just as Sami was about to get Austin to marry her again in a church – Lucas was actually Will’s father. Carrie married Austin instead and Sami went on to cause more drama for Lucas, even accusing him of child abuse, which started him on the bottle.

After all was said and done, as Sami pointed out, it all turned out okay and Will (Chandler Massey) grew up to be an upstanding young man. Still, we can see why Allie wants to keep Sami’s drama at bay…even if she has been creating a little of her own in the process.

Check out the gallery below to see more of Sami’s legendary schemes gone wrong, then make sure you’ve signed up for Soaps.com’s newsletter to get more features and soap news delivered straight to your inbox.

Sami Vs. Nicole: Were Sami's Actions...