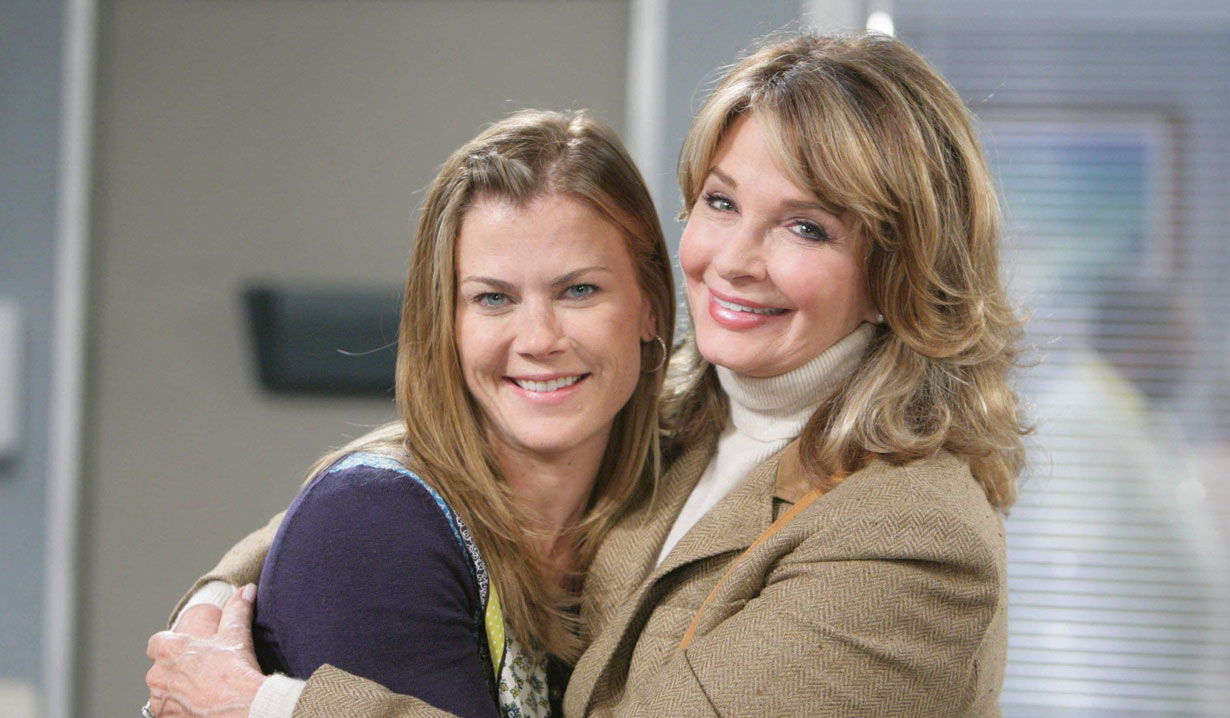 Days of our Lives Alison Sweeny bakes a co-star’s recipe.

From their separate kitchens, Days of our Lives Alison Sweeney (Sami Brady) and her onscreen mother Deidre Hall (Marlena Evans) got together on Sweeney’s Instagram to cook one of Hall’s favorite family recipes. Hall, sporting a Brady Pub apron, also showed off her Brady Pub glass. Sweeney revealed that she has the same version in a beer mug. 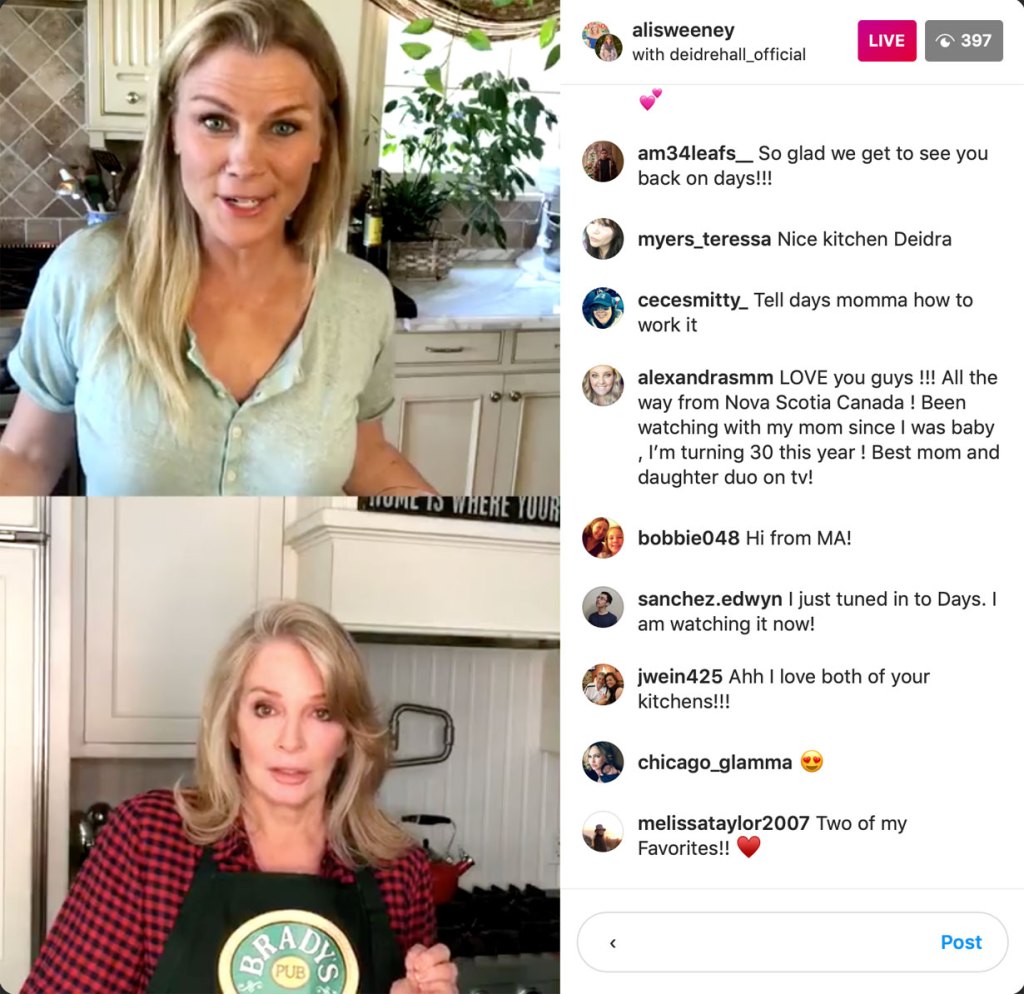 As they made Hall’s apple crisp, they discussed other aspects of their lives. Sweeney has felt like she worked in the IT department trying to get her kids through school these past few months, and now that it’s summer they’ve been going for swims and bike rides. They also have a new dog which Sweeney’s daughter Megan is being the dog mom too in regard to training him.

Hall discussed that her family has been doing well. They are in a safe place and wear their face coverings. She has no problem with staying at home but feels for those who want to get out. They also discussed that California may be getting shut down again fully due to a spike in cases. Sweeney asked her castmate about painting watercolors with Hall’s sister Andre Hall, and Hall showed off the cards she and her sister painted this summer and sell on her website. 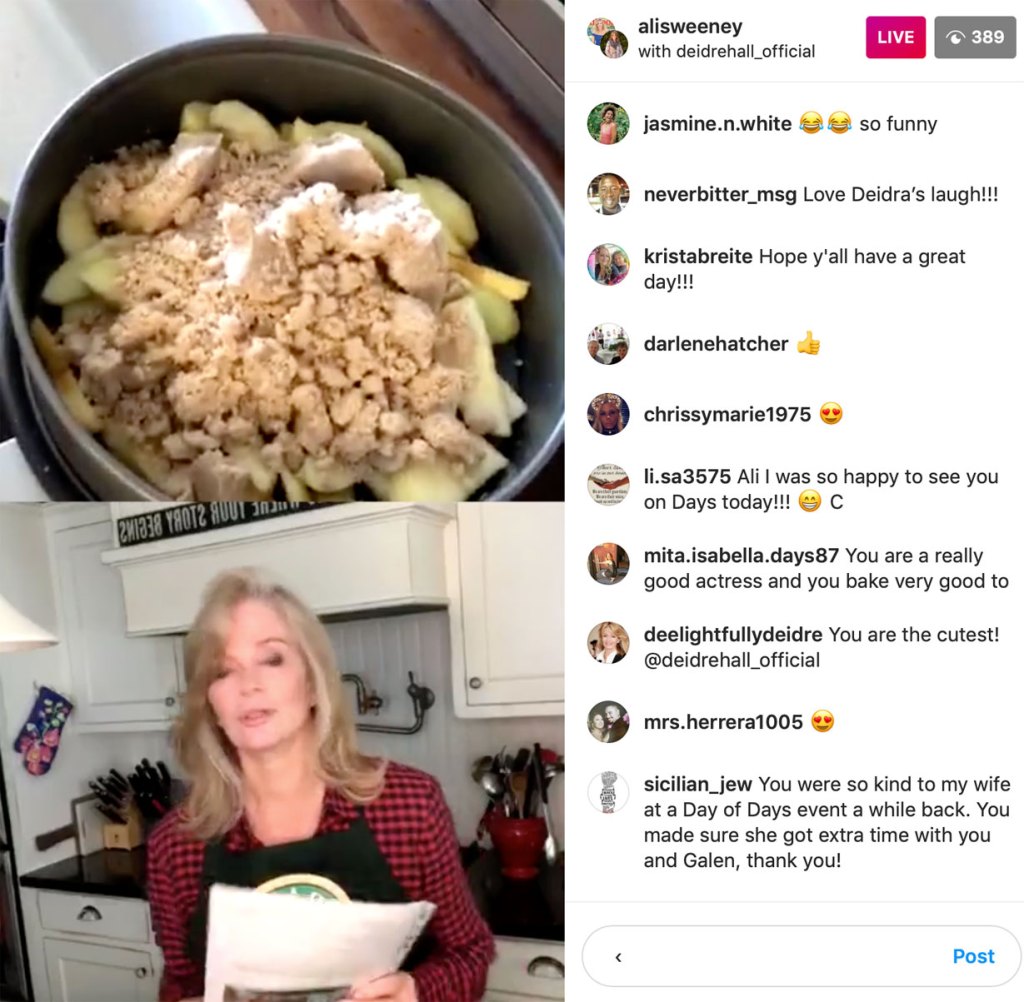 After dumping the cut apples in and putting them in the pan, Hall read the recipe to the viewers as Sweeney made the crisp topping. She instructed her to cook the crisp for an hour, and then when done put it under the broiler to brown the topping to your taste. Hall likes her’s a little extra crispy, which she showed off. 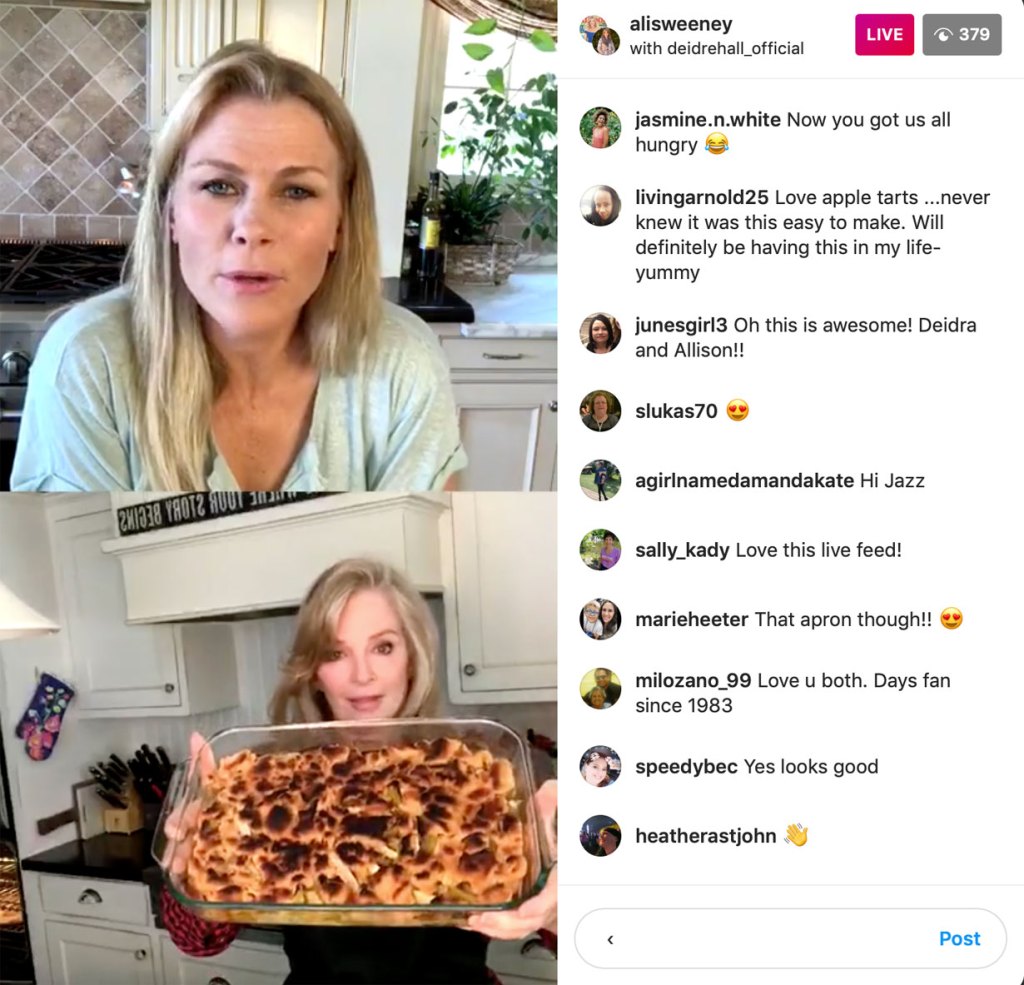 During the cooking segment, Hall revealed she wanted to be a hairdresser if acting didn’t work out, and she’s been doing a lot of her friend’s hair. Some of the commenters even chimed in that they’d love to have their hair cut by her. Sweeney promised to post a photo of her tasting the crisp after it baked, and would provide the full recipe to the fans. Recently Sweeney did another live cooking show with Christie Clark, who played her sister Carrie Brady Reed.

Browse our gallery below of the real-life partners of Days of our Lives actors, and then sign up for Soaps.com’s newsletter to have the latest news sent to your email.

Days of our Lives Rumors: Gabi...