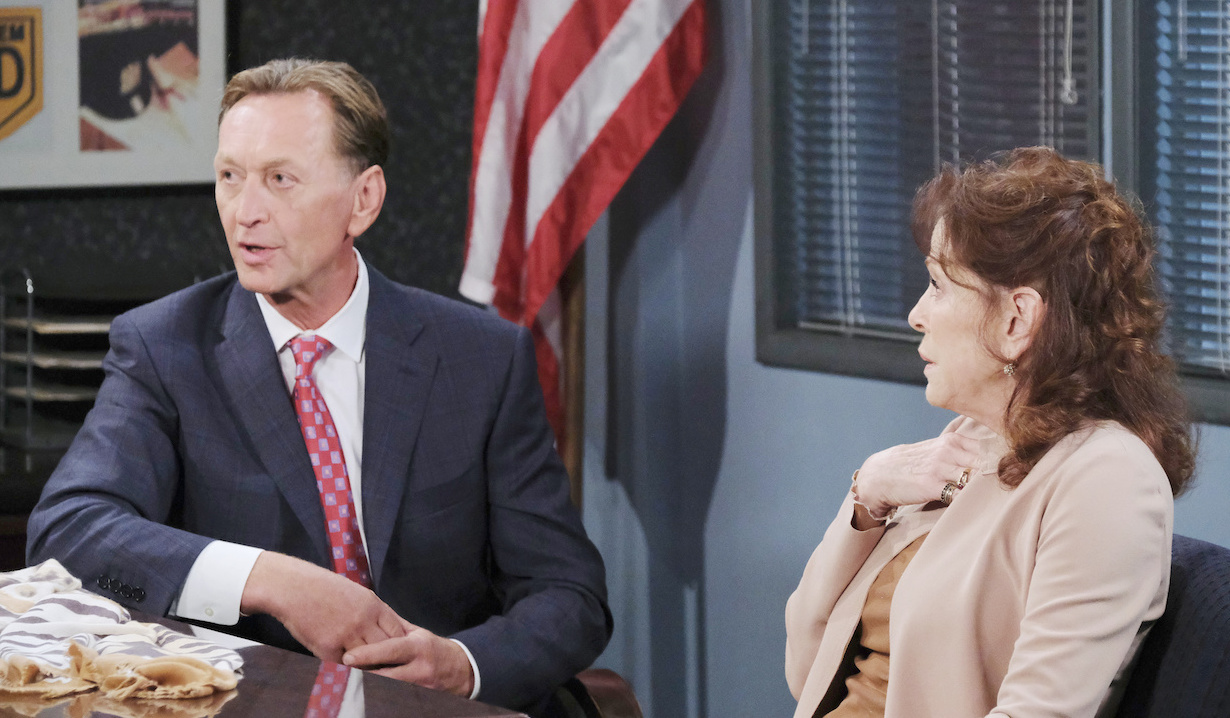 Ivan has always been loyal to his Madame, Viv.

Ivan G’Vera returns to Days of our Lives as Ivan Marais July 15. Per this spoiler video Ivan has a shocking reveal for Jake (Brandon Barash) and Vivian (Louise Sorel). Before we reveal what that is, we’re taking a look back at the history of Vivian’s loyal companion.

Ivan Marais first hit Salem as Lawrence Alamain’s (Michael Sabatino) manservant in 1992. However, he was most loyal to Lawrence’s Aunt Vivian and helped carry out their various dirty work and crimes over the years. Like when he helped cover up a murder, assisted his Madame in burying Carly Manning (Crystal Chappell) alive, and rescued Vivian from the psychiatric hospital. Ivan went on the run with Vivian after they helped Stefano  DiMera (Joe Mascolo) escape Salem, for which they served a bit of time. Next, he got tangled up in Vivian’s plot against Kate Roberts (Lauren Koslow) over Titan which involved Kristen DiMera, Susan Banks, and Sister Mary Moira Banks, all played then by Eileen Davidson. Oh, and exhuming Peter Blake’s (Jason Brooks) body. Then there was the time they helped Stefano kidnap Marlena Evans (Deidre Hall).

After getting arrested again and falling on hard times, Vivian rebounded with the wealthy Jonesy, who died. In the aftermath, Ivan helped Vivian start a new company called Alamain International, and then the two left town after winning a sizeable sum. Ivan broke off from Vivian at some point during their travels and became a success in his own right by producing Bollywood films. He returned to Salem in 2011 when Vivian’s new manservant, Gus (Kamall Shaikh), was arrested. Ivan offered Vivian a role in his next movie and they left together for India.

Ivan came to Vivian’s rescue yet again while she lounged around the Salem Police Department’s interrogation room after being arrested for threatening Lani Price Grant (Sal Stowers) with a gun on her wedding day. He told her then about Jake being her son – the twin of Stefan, and that he was sickly so he took Stefan and left the other. He didn’t even know the boy had survived and didn’t tell Vivian about him as he didn’t want her to grieve for him. Ivan got a hold of Dr. Wu’s herbs that made it look like Vivian died from cardiac arrest and she came to after her funeral. Look through our gallery of Vivian’s many crimes and share your thoughts below.

Days of our Lives Spoilers: Allie...