Days of our Lives’ Sami Is Back — and Salem Isn’t Gonna Know What Hit It! 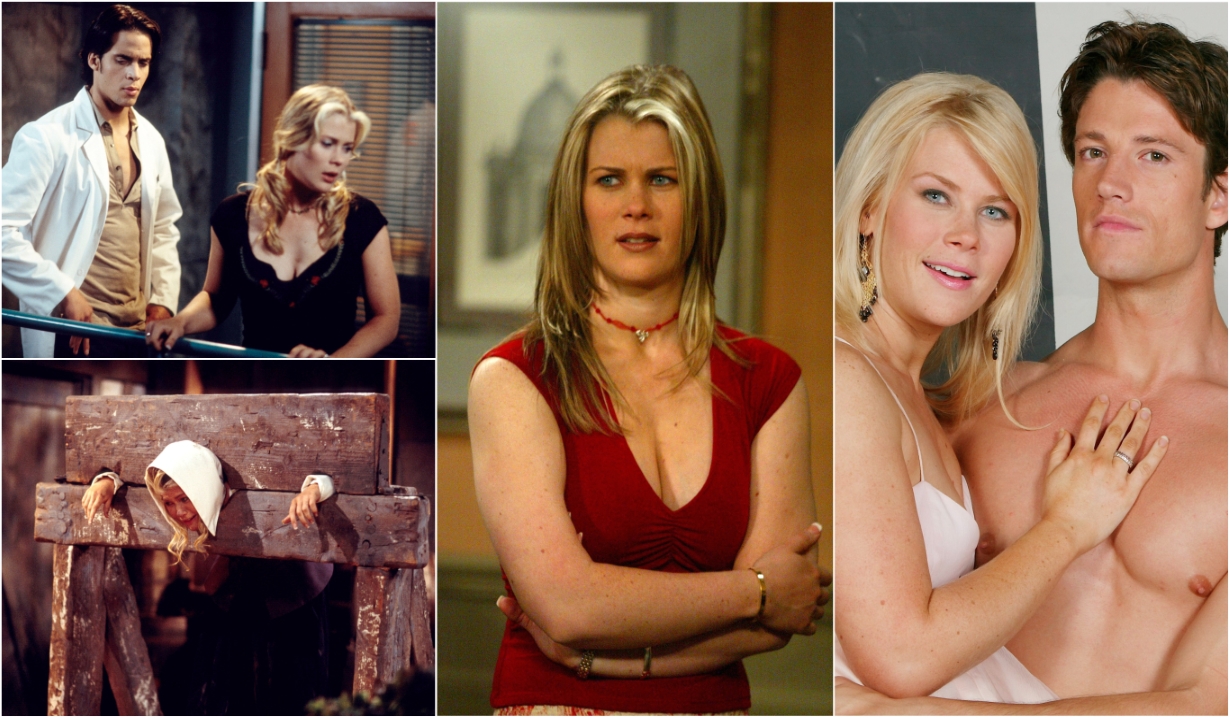 Sami is back for better or worse.

With all the weddings on the calendar lately, it is no surprise to hear that Sami Brady (Alison Sweeney) is storming back into town as the harbinger of potential chaos. Given that it is her brother Eric (Greg Vaughan) getting married to her old nemesis Nicole (Arianne Zucker), it must have been inevitable. And with news that her son Will (Chandler Massey) is on the way out as is her ex-husband Rafe (Galen Gering), it seems like the perfect time for her to return and get in a few final goodbyes, if not more. Given her record, the best-laid plans have a habit of going seriously wrong.

Since being rapidly aged and returning to Salem as a teen in 1993, Samantha Gene Brady has managed to earn a reputation as one of the town’s greatest manipulators and most vindictive characters. She has been so nasty, in fact, that the Daytime Emmy Awards gave her a special award, America’s Favorite Villain, in 2002.

While Sami has sometimes had a brutal life, she has given as good as she’s taken. And while she is recognized by all, especially Kate Roberts (Lauren Koslow), as being underhanded and backstabbing, no one, least of all Sami herself, ever seems to learn from this. Unfortunately for her family, and despite Sami’s occasional good intentions, they have often been those who have suffered from her selfish acts of deception the most.

What chaos will Sami bring to the table on her latest return to Salem? Take a look at our gallery of photos from Sami’s storied past and tell us what you are expecting below!

Days of our Lives Alison Sweeney &...

Refresh Your Memory as Manservant...

Emma Watson Then & Now: See The ‘Harry Potter’ Star Through The Years On Her 31st Birthday