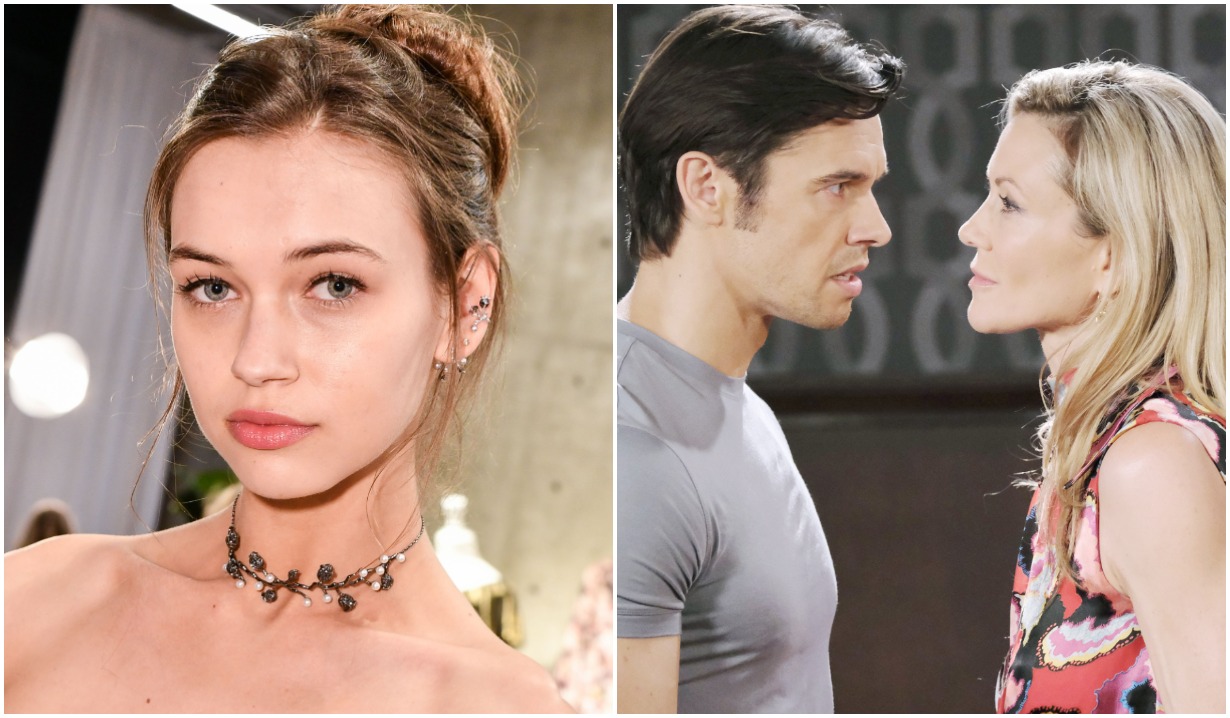 Fans’ jaws dropped along with Sarah’s when it appeared that Days of our Lives’ heartbroken Xander had called to his room at the Salem Inn a, ahem, lady of the evening. But that shock was nothing compared to their astonishment when they found out that the actress playing the mystery woman was none other than Sophia Tatum, the beautiful daughter of Days’ own Stacy Haiduk (Kristen).

Where has the knockout been hiding all these years? Apparently, in plain sight. Here’s what we know about her:

1. The rising star’s dad is Haiduk’s husband of of 23 years, Bradford Tatum, whose acting credits include appearances on Westworld, Glee, Criminal Minds and — back in 1994 — his future missus’ primetime series, SeaQuest 2032.

2. Tatum — Sophia, that is, not Bradford — appeared in the 2006 movie Salt. Not to be confused with Angelina Jolie’s 2010 film of the same name, Tatum’s Salt was written and directed by her father, and starred not only him and Haiduk but a couple of soap alumni, Alexandra Wilson (Josie, Another World) and Judith Hoag (Lottie, Loving).

3. Tatum — still Sophia, not Bradford — has worked with her mom before on a couple of modeling jobs, Haiduk shared on Instagram, adding that “I love her so very much.”

My daughter is the most precious person in the world to me and I was so lucky to get to work with her on these 2 modeling jobs a couple years ago. I love her so very much!!. Love & Light xoxo🥰❤️🤗💕

4. Tatum — it’s always going to be Sophia, not Bradford — played troublemaking tippler Jenny Tuffield in three episodes of Netflix’s I Am Not Okay With This, starring It girl Sophia Lillis.

5. The up-and-comer is likely about to arrive, so to speak. Just before the world was turned upside-down, our sister site Deadline reported that she’d been cast in ABC’s pilot for The Brides, described as a “contemporary reimagining of Dracula,” with former ER doc Goran Višnjić as the infamous blood-sucker.

While you let all that sink in — yeah, we know it’s a lot to process at once — maybe chillax your brain by reviewing the below photo gallery of Days of our Lives stars and their real-life spouses.

Days of our Lives' Ben Without...