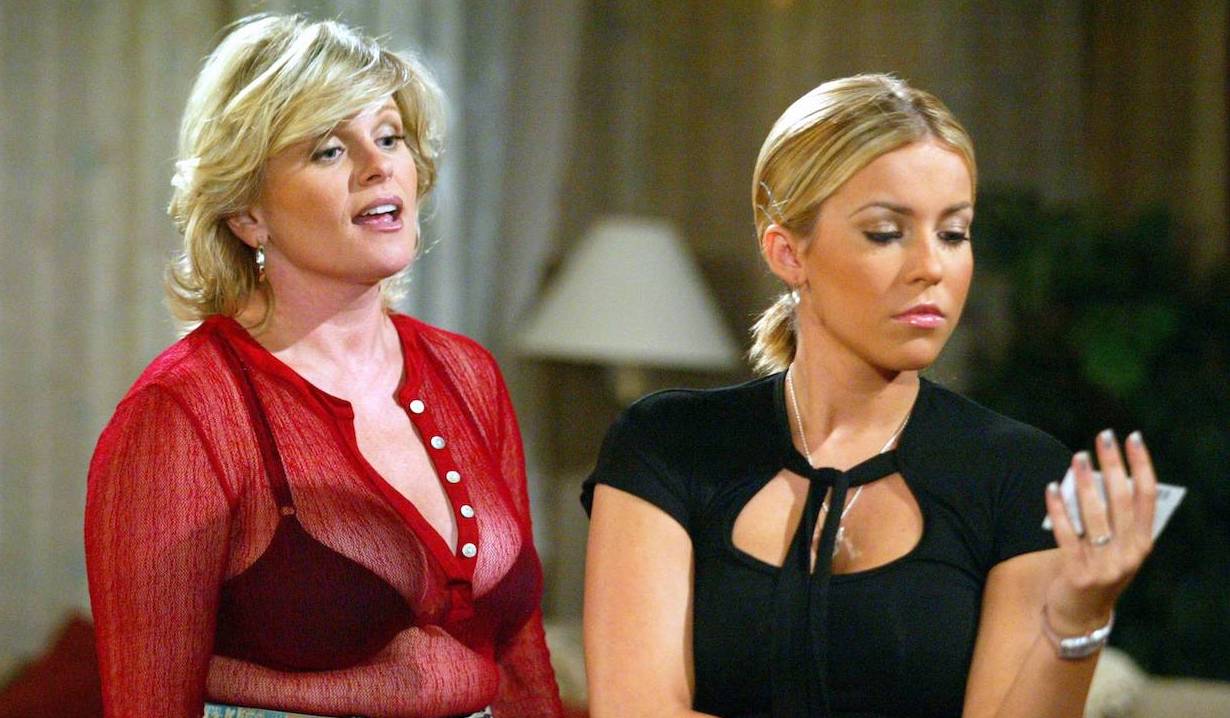 Reliving Evans’ outrageous alter ego on Days of our Lives.

Judi Evans returned onscreen to Days of our Lives this past week. She didn’t reappear as Adrienne Johnson Kiriakis though, as Justin Kiriakis thought while at her gravesite, but as the outlandish schemer Bonnie Lockhart. As Judi Evans, whose birthday is July 12, hopefully, finds a way to celebrate while recuperating from her horseback riding accident which led to a medical crisis, we are taking a look back at Bonnie’s scandalous past in Salem.

The soap opera actress who played Beth Raines on Guiding Light, Paulina Cory on Another World, Maeve Stone on As the World Turns, Logan on Venice the Series, and Catherine Blackwell on The Bay, is best known to Days of our Lives fans as Adrienne Johnson Kiriakis. Evans played Adrienne on and off since 1986 until the character’s death in 2019 and then in flashback scenes in 2020. Though the actress left Salem for almost a decade during that time, Evans returned to the NBC soap opera in 2003 as Bonnie Lockhart, who she played until 2007, the same year she reprised the role of Adrienne. Bonnie wasn’t gone for good though, as she made appearances in 2017, 2018, and most recently on July 8, 2020.

Bonnie and her lookalike Adrienne both came from troubled, humble beginnings, but that’s where the similarities end. Where Adrienne is kind, generous, and loving, Bonnie is scheming, manipulative, and outrageous. Bonnie seduced men for money, impersonated Adrienne, and tried to pass her daughter’s baby off as her own. Not that she can’t love, she just has a strange (real strange) way of showing it.

What trouble will Bonnie cause during her latest visit to Salem? Take a look at our gallery of photos from Bonnie’s past and tell us below!

<p>Schemer Bonnie Lockhart set her sights on the well off Mickey Horton and even landed him. After they were married, Mickey’s thought-to-be-dead wife Maggie Horton returned but Bonnie wasn’t about to give up her cushy lifestyle. The three tried living together until Mickey decided he wanted to only be with the love of his life, Maggie.</p>

<p>Bonnie has pulled many outrageous stunts in Salem, but the most shocking might be going to prison for her daughter Mimi. In a rare move, Bonnie put the well-being of her daughter first when she took the rap for the death of Mimi’s father, who Mimi accidentally killed years prior.</p>

<p>With the help of Anjelica Deveraux and her BFF Hattie Adams, Bonnie escaped prison while her doppelganger, Adrienne Johnson, was swapped in to replace her behind bars. As part of Anjelica’s plan, Bonnie broke up with Adrienne’s boyfriend Lucas Horton and reunited with Justin Kiriakis. Bonnie was then to break Justin’s heart so Anjelica could swoop in to pick up the pieces. The plan also allowed Bonnie to move into the Kiriakis mansion where she could take revenge on her old rival and Victor Kiriakis’ new wife, Maggie.</p>

<p>Even though Bonnie, as Adrienne, broke up with Lucas, she was drawn to him. She even slept with him one night when he was drunk. Anjelica wasn’t pleased when she found them together and argued with Bonnie, which led to Anjelica having a fatal heart attack. To cover, Hattie and Bonnie put Anjelica in bed with a passed out Lucas making it look like she died while having sex with him.</p>

<p>To avenge Maggie for taking Mickey from her, Bonnie, still as Adrienne, blackmailed Victor into divorcing Maggie and marrying her. However, her scheme was exposed when Victor, Maggie, Brady, and Justin took away her leverage. To further spoil her wedding day, Steve showed up to reveal “Adrienne” was really Bonnie.</p>

<p>Bonnie returned to Salem yet again to claim Lucas was the father of her baby. She used the child to force Lucas to convince Adrienne to drop the charges against her. However, the child was really Mimi’s secret baby with Lucas’ brother Rex Brady.</p> 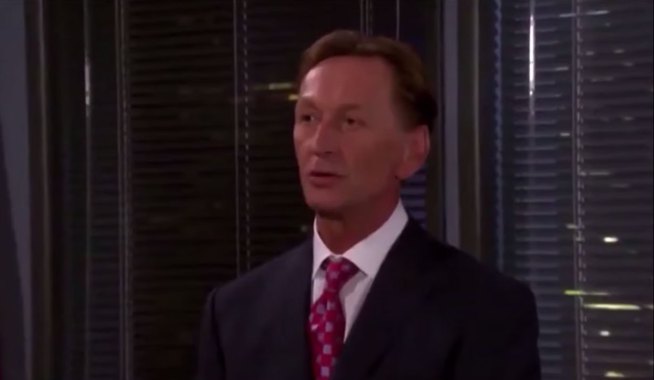 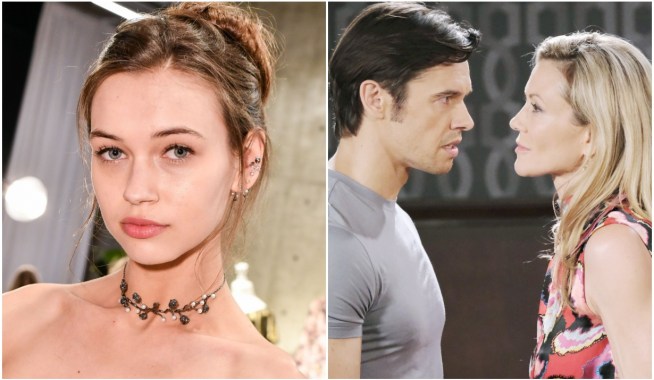