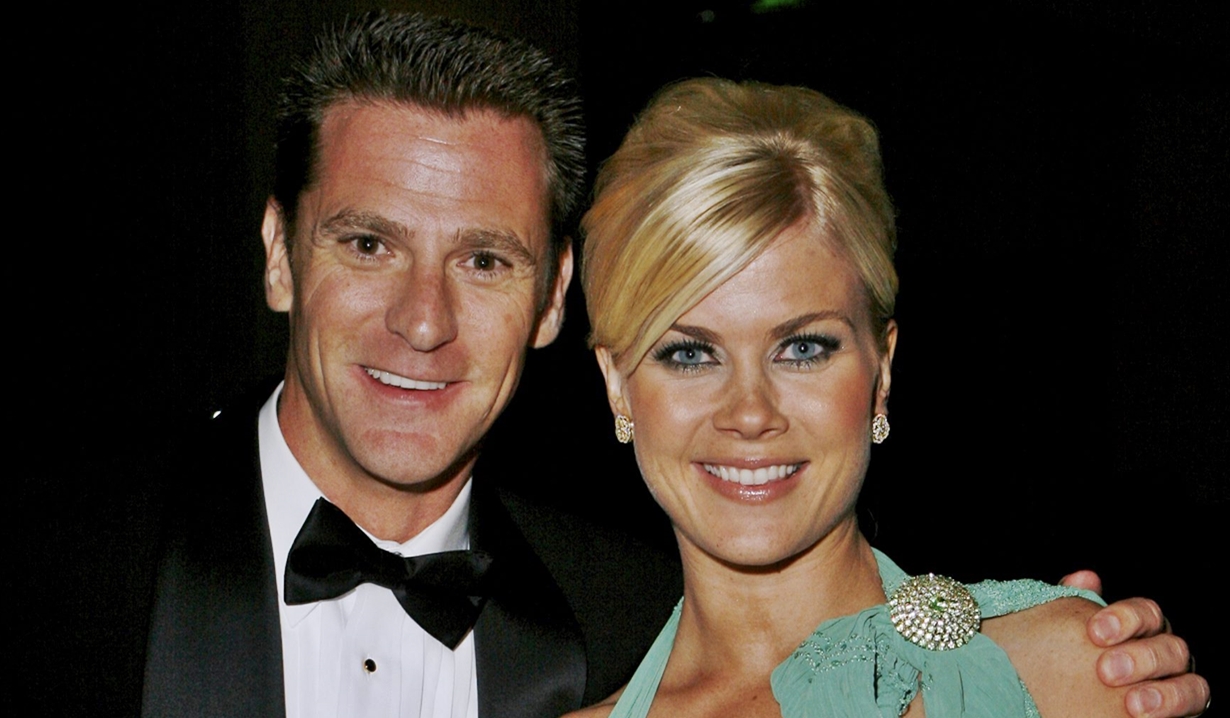 Days of our Lives star pulls off intimate improvisation.

Actress Alison Sweeney, who is due back at Days of our Lives as Sami Brady soon, took to Instagram to share a photo with followers on her 20th wedding anniversary with husband, David Sanov. The setting looked divine, with the pair feasting on a seafood delicacy – lobster – and overlooking a panoramic view of the hills and city, but the star admitted it was an improvisation due to the current viral situation and explained, “Dave and I are celebrating our 20th anniversary in our own backyard. Not quite how we’d planned it, but…that’s one of the best lessons we’ve learned over the last 20 years. Some of the best adventures come when plans get chucked out the window.”

Dave and I are celebrating our 20th anniversary in our own backyard. ❤️Not quite how we’d planned it, but … that’s one of the best lessons we’ve learned over the last 20 years. Some of the best adventures come when plans get chucked out the window. 😂 #happyanniversary #love #fun #marriage #enjoythejourney #lobster 🦞

Sweeney, whose return to Days of our Lives is even more highly anticipated than usual due to the fact that she’s about to discover her teen daughter, Allie Horton (Lindsay Arnold) is pregnant and about to give her unborn baby up for adoption to none other than her ex-husband, Rafe Hernandez (Galen Gering), has been making good use of her backyard oasis during these tough times. She recently shared a photo sitting under an umbrella, reading a book, in a setting that looked absolutely serene. She reflected, “I am so grateful for my quiet nook where I can sit and enjoy some alone time (In the shade!)”

Sometimes I just need a minute. Lol. You know what I mean? 🤫I am so grateful for my quiet nook where I can sit and enjoy some alone time (In the shade!). 🏖 I hope you all can find some time for yourself this #Monday ! #motivationmonday #quiet #peace #reading 📚

The actress, who has appeared on Days of our Lives as Sami on and off since 1993, also recently shared a throwback picture that delighted fans and some co-stars. For those who don’t recall, Sweeney’s husband, Sanov, once did a cameo as a police officer who stopped Lucas Horton (Bryan Dattilo) on the way to marry Sami. Too funny.

Omg. 😂😂 I can’t with this 2005 #flashbackfriday from when I was VERY pregnant with Ben. Dave did a guest appearance on @nbcdays – stopping Lucas @bryan.dattilo for speeding to a #lumi wedding #fbf #daytime #days #memories 📺

Sweeney married Sanov on July 8, 2000 after dating for three years. They have two children together. Here’s wishing them many more years of happiness!

Check out the gallery below to see other Days of our Lives stars with their real-life partners, then make sure you’re signed up for Soaps.com’s newsletter to get more features and soap news delivered straight to your inbox.