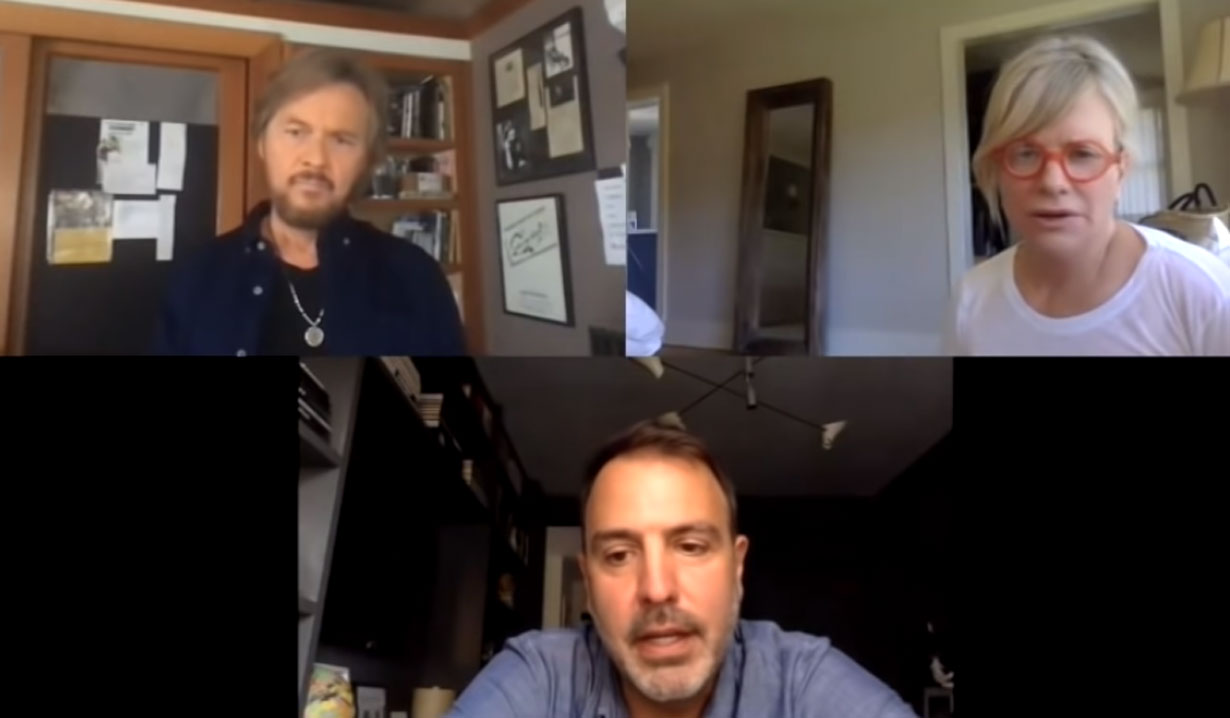 Some Salem scenes will indeed have to be cut.

Recently Days of our Lives stars Stephen Nichols (Steve ‘Patch’ Johnson) and Mary Beth Evans (Kayla Brady) got together for a video chat. Along with her grandbaby, who Johnson shared, “I’m babysitting my little love bug today,” the actors replayed scenes from their characters’ past, while commentating about their 80s looks. “Seriously,” Johnson stated, “The 80s were the funniest times… the hair,” as Nichols chimed in, “A half a can of hairspray.”

After the fun flashbacks, they introduced a very special guest – Days of our Lives head writer Ron Carlivati. After catching up over talk about recent salon visits, and an introduction to Johnson’s grandson Luca, talk turned to the NBC soap opera. “I don’t know if I’m supposed to say, but I’m like back to work as of yesterday,” Carlivati revealed. They had written various scripts, “say 40,” and Carlivati expressed having to go through them with fellow writer Ryan Quan to see what can be cut, episode by episode, in order to stay within the parameters of the new production rules. “If you don’t need this hug, take out the hug,” he gave as an example.

Last week, we reported that Days of our Lives would resume reproduction, and Carlivati shared further examples on how they can cut scenes when back to work. He also revealed whether or not they would incorporate the current health state in a storyline or if the scripts the stars were given before the show stopped production are still happening…

Watch the full interview with Nichols, Evans and Carlivati then for fun, view our gallery below featuring the Days of our Lives stars and their real-life partners and sign up for Soaps.com’s newsletter as not to miss more interviews.

Victoria Konefal Reportedly Out as...

Days of our Lives Shakeup: The...