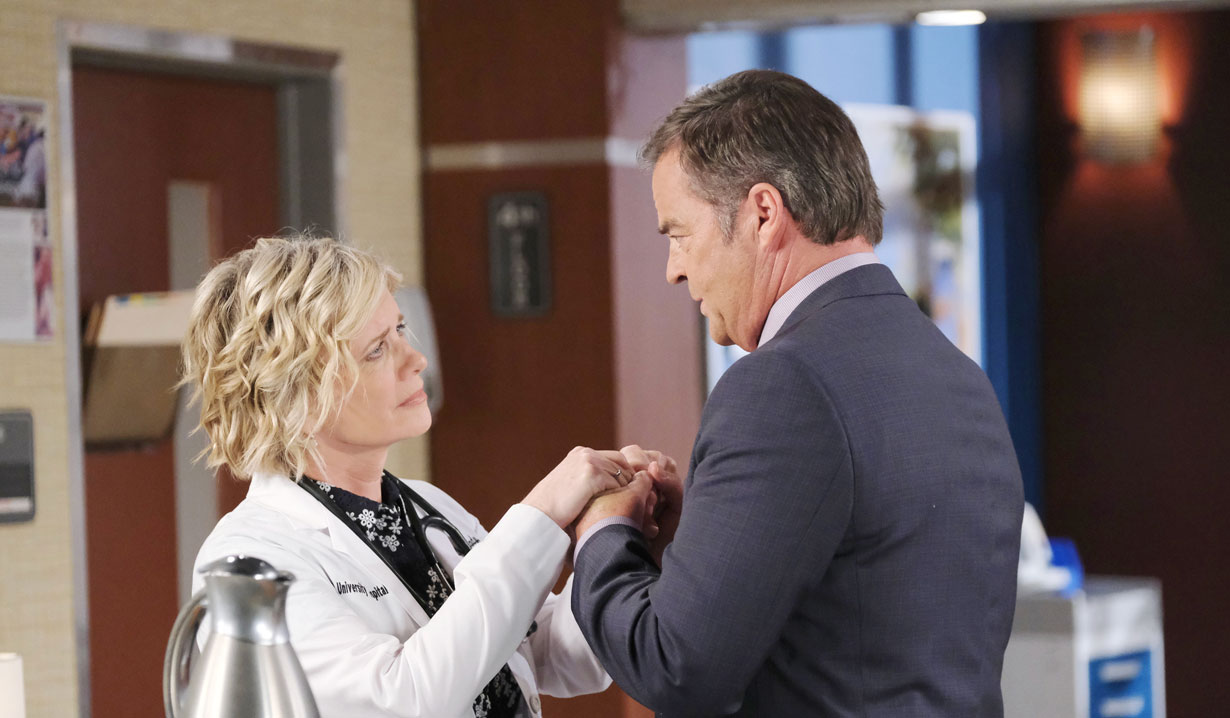 An eventful wedding week for Justin and Kayla.

Despite the plethora of interruptions, Lani and Eli jumped the broom last week on Days of our Lives. This week, it’s Kayla and Justin’s turn, but will they be as successful as Elani? According to the spoilers and this week’s Days of our Lives promo video, things are not looking good.

There’s a lot happening before Justin and Kayla’s big day. On Monday, Kayla feared she would have to call off the wedding, just as she was getting ready for the ceremony. Luckily, the officiant crisis was averted when Will stepped in to get ordained online. While that was going down, Sonny tried to give his father a pep talk when Justin couldn’t stop thinking about Kayla and Steve. Per the Days of our Lives spoilers, Tuesday brings more drama as Steve makes an announcement to John and Marlena, while Kayla has thoughts of her great love. We’re not sure what Steve has to say, but Justin seeks answers after overhearing Hope and Jenn discussing Steve’s feelings for Kayla.

Then, on Wednesday, Justin stuns Kayla with a confession. Is he finally seeing what everyone else has known for months – that Kayla will never be over Steve? Perhaps, as Kayla is faced with making a tough decision. And that’s not all – a familiar face returns to Salem that could turn Justin’s world even further upside down.

It looks like Justin is going to have one heck of a wedding week. But will he walk out of the ceremony a married man? What do you think? Vote in our poll and speculate then look through a photo gallery of Kayla and Justin preparing for their wedding below.

<p>Victor has advice for Sarah. He asks her not to give up on Xander. He’s a bull in a china shop but he loves her. </p>

<p> Jack and Jennifer dine at the square before heading to Justin and Kayla’s wedding. They disagree on whether or not to talk to Kayla about Steve’s true feelings for her.</p>

<p>Will arrives on Kayla’s doorstep. He tells her there’s nobody to marry her. Eventually, they realize he can become ordained fast and marry her and Justin. </p>

<p>Sonny bolsters Justin on the morning of his wedding to Kayla. Will the wedding go off without a hitch?</p>

<p>Jack has such good advice for Xander, and seems to be one of the only people in Salem who takes the time to talk to him. Today is no different when Jack gives Xander advice on Sarah. </p>

<p>Xander tells Jack maybe it’s time he moves on. He then unpacked his things at Salem Inn and called someone about their services. When the someone turned up, she was gorgeous. Xander began unbuttoning his shirt as she walked in. Sarah of course saw and we’re wondering if we’re all jumping to conclusions!</p>

<p>Hope and Jennifer visit Kayla before the wedding. They toast to jazz since the concert Justin and Kay went to when they first began seeing each other is where she started to fall for him.</p>

<p>Hope finds her cousin Jennifer at the park, looking glam for Justin and Kayla’s wedding. Hope is unable to attend since today she receives the key to the city from Abe. They both wonder if they should tell Kayla that Steve is still in love with her. Of course, Salem being Salem, Justin’s overheard everything. </p>

<p>Though Hope, unfortunately, can’t attend Justin and Kayla’s wedding, she sees Justin in the park. He overheard what she and Jennifer said. Will he use that knowledge to stop the wedding or will he keep quiet</p> 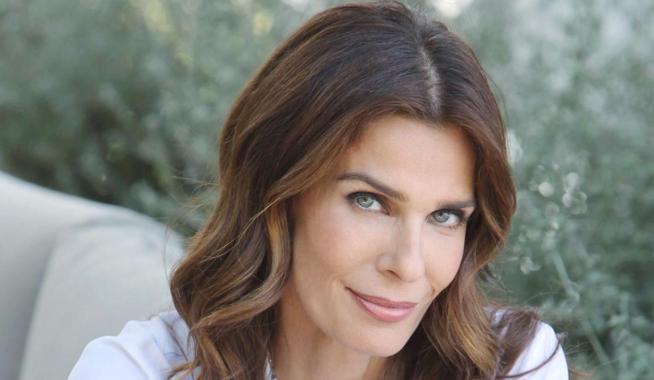 In a Shocking Turn, Kristian Alfonso Quits Days of our Lives After Being With the Soap 37 Years

Days of our Lives’ Hope Timeline: From Dramatic Beginning to (Happy?) Ending 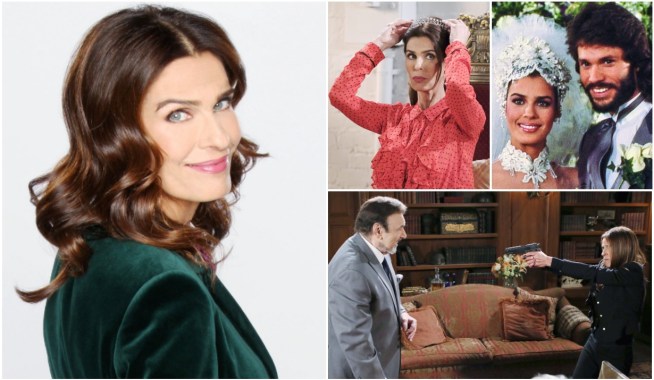