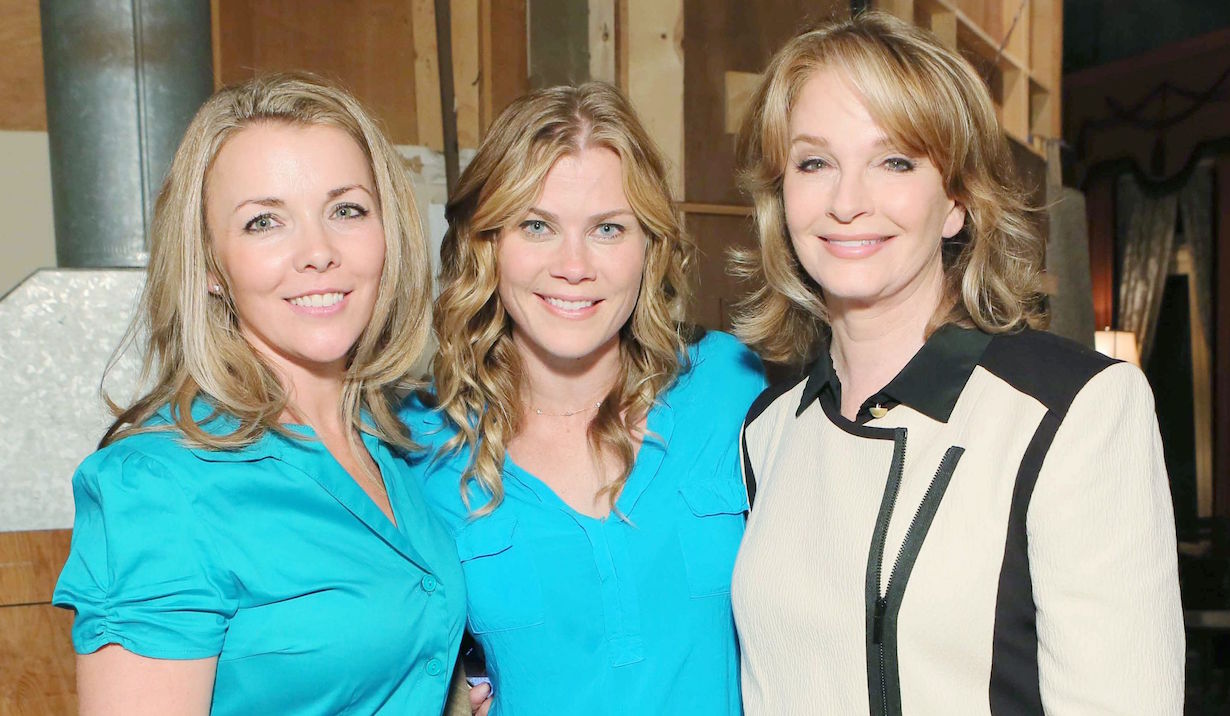 The Brady sisters are together again! Well, together apart, but still…

It seemed like old times Wednesday on Instagram. A couple of Days of our Lives‘ Brady bunch — on-screen sibling rivals Alison Sweeney and Christie Clark, who play Sami and Carrie, respectively — reunited via social media to catch up with one another and prepare a delicious dish together. Virtually together, anyway.

First, Sweeney greeted us with her sous chef, daughter Megan Sarnov. Since they’d had, as Mom explained, “lessons riding our ponies this morning,” they were hungry and eager to try out Clark’s recipe.

Mind you, getting Clark on screen was trickier than any of the food prep. “I don’t know how to work Instagram,” she admitted. “You gave me my first live story.”

At least Clark knew how to look her best on camera — and she had a longtime castmate to thank for that. When she’d first entered her kitchen, she’d thought, “Oh my God, the lighting’s horrendous.” So she’d made adjustments — or, as Sweeney hilariously put it, “You pulled out your inner Deidre Hall (Marlena),” who’s apparently an expert at finding good lighting. “She would be so proud of us.”

“She trained us well,” added Clark with a laugh.

Thank you @monkeywenches for sharing your fantastic broccoli salad recipe! Perfect for summer and winter. And any time! Love chatting with you. Miss you. 😘 #days #sisters #broccoli #salad #baconrules 🥗

From there, the actresses discussed how remarkably good Hall is at painting watercolors, chitchatted and got cookin’. To check out the reunion, just click on the video above. And while you’re here, why not check out the gallery below of Days stars and their real-life true loves.

Days of our Lives Fans May Be Fuming...

Days of our Lives Fan Fiction:...