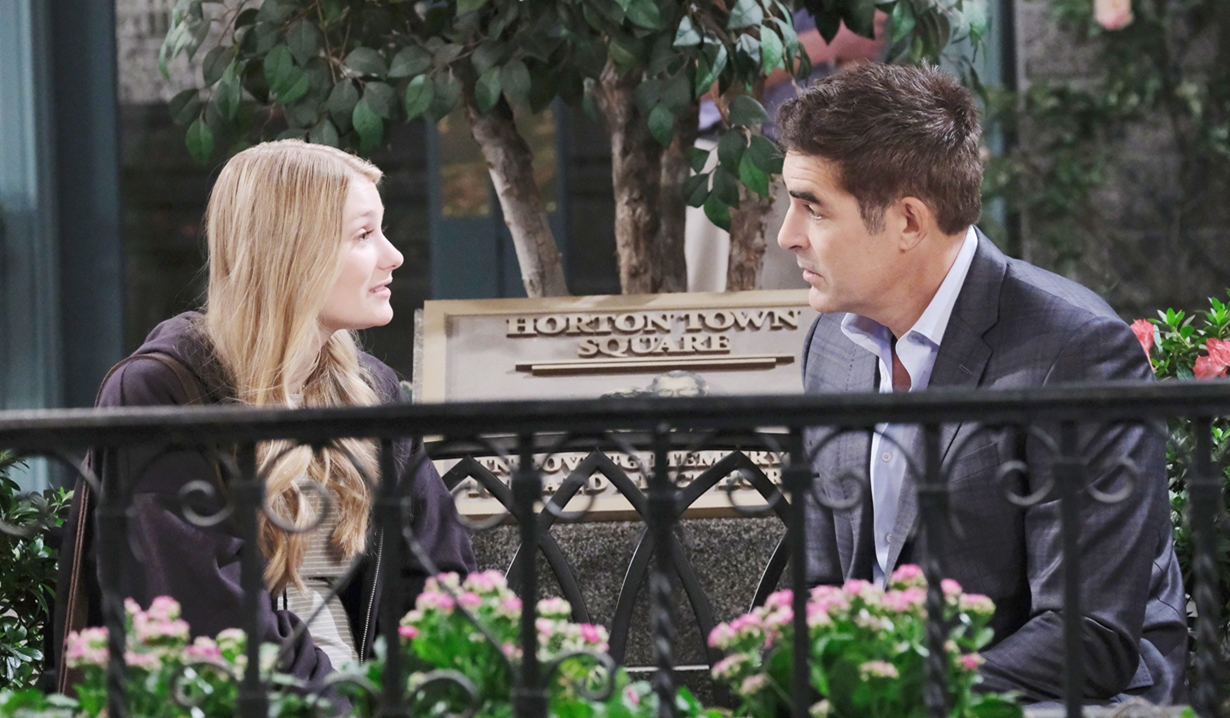 How will the Days of our Lives character react?

Upcoming spoilers for Salem indicate that Allie will make Rafe an unexpected offer and we can only imagine that it will have to do with her unborn child, which she has decided to give up for adoption on Days of our Lives…

In Allie Horton’s (Lindsay Arnold) recent meeting with Rafe Hernandez (Galen Gering) in Horton Square, the teen caught up with her former stepfather, whose reaction to her baby bump was comforting and supportive. The two relived old times and the takeaway was that Allie thought fondly of Rafe and felt desperately bad for him about losing custody of David, knowing what a wonderful father he makes.

Unaware that her brother Will Horton (Chandler Massey) and Sonny Kiriakis (Freddie Smith) had decided it would be a good idea to adopt her baby, Allie will probably offer to let Rafe adopt the child, both to help assuage his grief over losing David, and to set her own mind at ease knowing the baby would be going to a good home. Of course, she could make him an offer of less consequence…like being her birthing coach or moving in to help him around the house, but anything other than adoption seems like a stretch.

If she asks him to become her child’s father, how would Rafe react? Would he want to risk his heart again in light of the fact that Allie could decide to keep the baby at some point? Might she reconsider if she learns Will and Sonny’s plans? And most importantly…what on earth would Allie’s mother, Sami Brady (Alison Sweeney) have to say once she finds out that her daughter is pregnant and wants to give Rafe her baby?

Do you believe Allie will offer for Rafe to adopt her child? If so, cast a vote in the poll to let us know what you think his reaction will be, then visit Days of our Lives spoilers to find out which two characters will square off. Feel free to browse the gallery of Days of our Lives actors with their real-life partners below, which includes Galen Gering.

An Inside Look at Days of our...

Days of our Lives Fans May Be Fuming...