Days of our Lives Spoiler: Lani Has Pre-Wedding Day Concerns 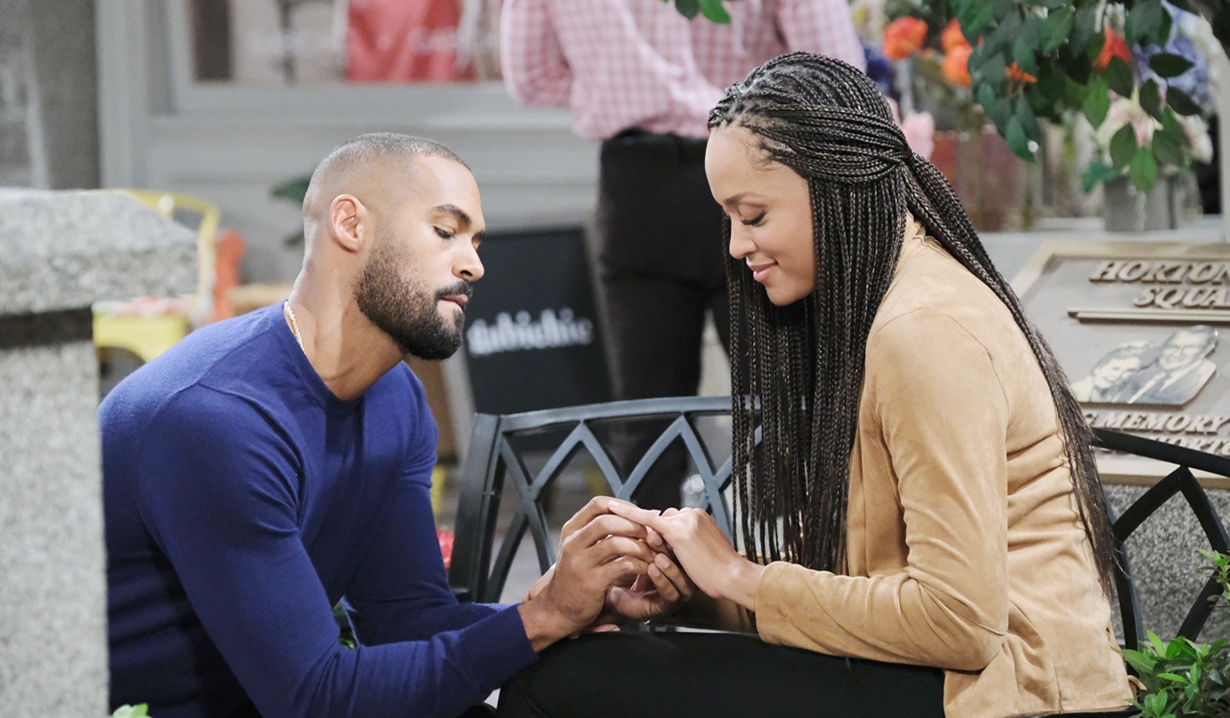 What is Lani worried about?

Days of our Lives spoilers indicate that Lani shares concerns with Eli (Lamon Archey) the night before their wedding on Thursday, June 25. Given their complicated relationship history, we have a few ideas on what Lani (Sal Stowers) might be worried about.

Lani recently discovered she is pregnant and has already expressed concerns over having another child after losing their son David, who was stillborn. It’s possible that Lani could still have worries about her unborn child.

Lani and Eli’s first attempt to marry was thwarted by a vindictive Gabi Hernandez (Camila Banus), who forced Lani to dump Eli at the altar or she’d use an app on her phone that controlled Julie Williams’ (Susan Seaforth-Hayes) pacemaker and kill Eli’s grandmother. It’s plausible that Lani is worried Gabi might once again cause drama on their wedding day.

On Wednesday’s show, someone was shown spying on Lani while she talked with Kayla at the Brady pub. It’s possible Lani has another enemy who could be closing in on her. With Louise Sorel returning as Vivian Alamain, it’s possible she’ll be seeking revenge for Lani shooting and killing her son Stefan DiMera (Brandon Barash).

Salem, in general, has a bad track record when it comes to weddings. There is almost always some kind of catastrophe, or interruption, that occurs. Lani could be worried about her wedding day not going as planned thanks to the Salem wedding curse.

Which of these concerns do you think Lani has? Vote in the poll, join the discussion and visit our Days of our Lives spoilers to see what else is ahead for Lani and Eli on their big day.

Days of our Lives Spoiler: Sarah Is...

Days of our Lives Spoiler: Gabi...