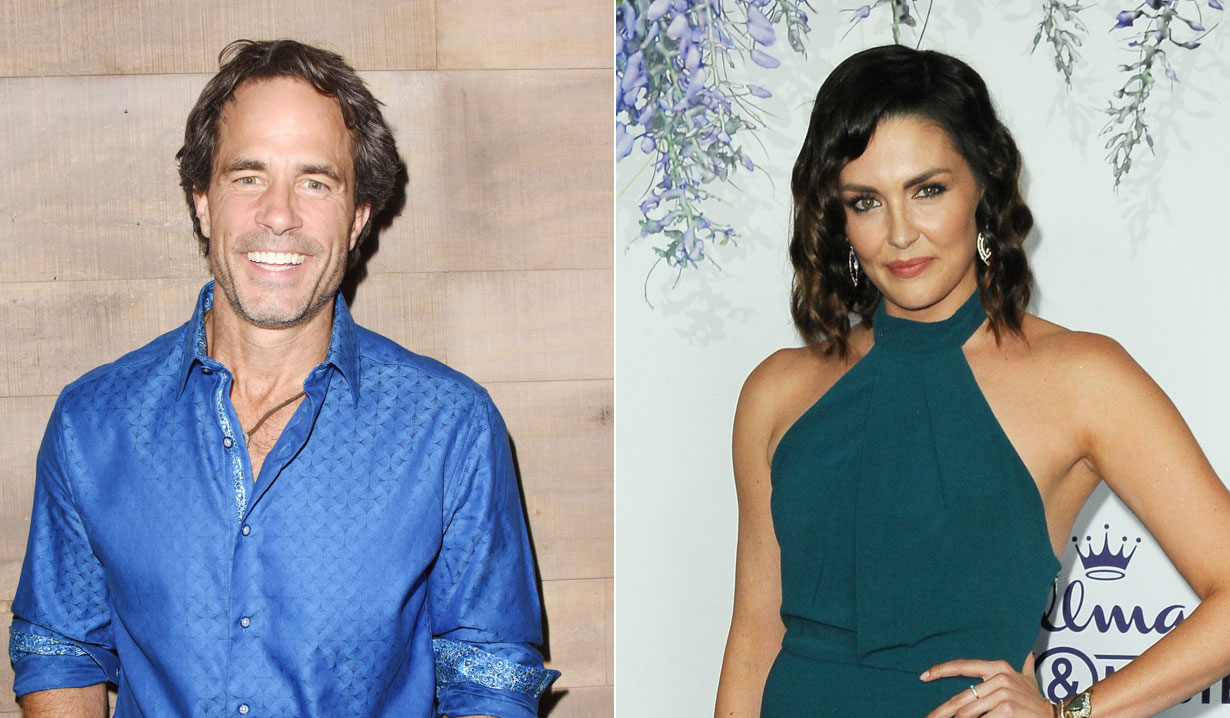 Days of our Lives actor is a proud father-in-law.

Congratulations to Days of our Lives alum Shawn Christian (Dr. Daniel Jonas), who celebrated Father’s Day weekend by attending his daughter Taylor Cole’s wedding to Cameron Larson. He posted a video of the two kissing while holding sparklers on Instagram and wrote, “This was the greatest FATHERS DAY gift! My daughter’s WEDDING DAY! So this happened last night… To see and feel the spark of your daughter’s storybook love on her Wedding Day has ignited memories for a lifetime. SO PROUD of the amazing young lady you have blossomed into. You’re the perfect gentleman for her Cameron. Blessed to call you family. I will be gushing for quite some time so bear with me…”

This was the greatest FATHERS DAY gift! My daughters WEDDING DAY! So this happened last night…🎩👰 @taylorquinncole @ghstwrtr . To see and feel the spark of your daughters story book love on her Wedding Day has ignited memories for a lifetime. SO PROUD of the amazing young lady you have blossomed into. You’re the perfect gentleman for her Cameron. Blessed to call you family. ❤️ I will be gushing for quite some time so bear with me… 😊 #truelove #weddingday #daughterslove #fathersdaygifts #fatheranddaughters #familylove❤️

Taylor Cole is Christian’s stepdaughter from his first marriage to her mother Deborah Quinn, who he also has a son Kameron Christian with. Christian and Cole acted together in the television series Summerland and also the Hallmark Channel television film Ruby Herring Mysteries: Silent Witness. Cole headlined the two Ruby Herring Mystery sequels, Her Last Breath and Prediction Murder. She has also had roles in the television shows Heroes, Secret Girlfriend, The Event, CSI: Miami, The Glades, and The Originals. Recently she completed the films My True Fairytale, Hallmark’s Winterfest movie One Winter Wedding and their Valentine’s movie, Matching Hearts opposite Ryan Paevey (General Hospital’s Nathan West). Cole’s husband Cameron Larson is a photographer and writer. He is also a producer and production manager, known for Sand Sharks, Jurassic Predator: Xtinction and Mysterious Island. According to their Zola wedding registry, the couple was married on June 20, 2020.

Christian is currently in a long term relationship with Arianne Zucker (Nicole Walker). Browse the gallery below to see their photo along with other Days of our Lives spouses, and then subscribe to receive Soaps.com’s newsletter for more of the latest soap opera news delivered straight to your e-mail.

A Complete Guide to Days of our...

Days of our Lives Spoiler: Sarah...