Days of our Lives’ Summer Weddings: Which Bride & Groom Are Headed for Heartache & Tears? 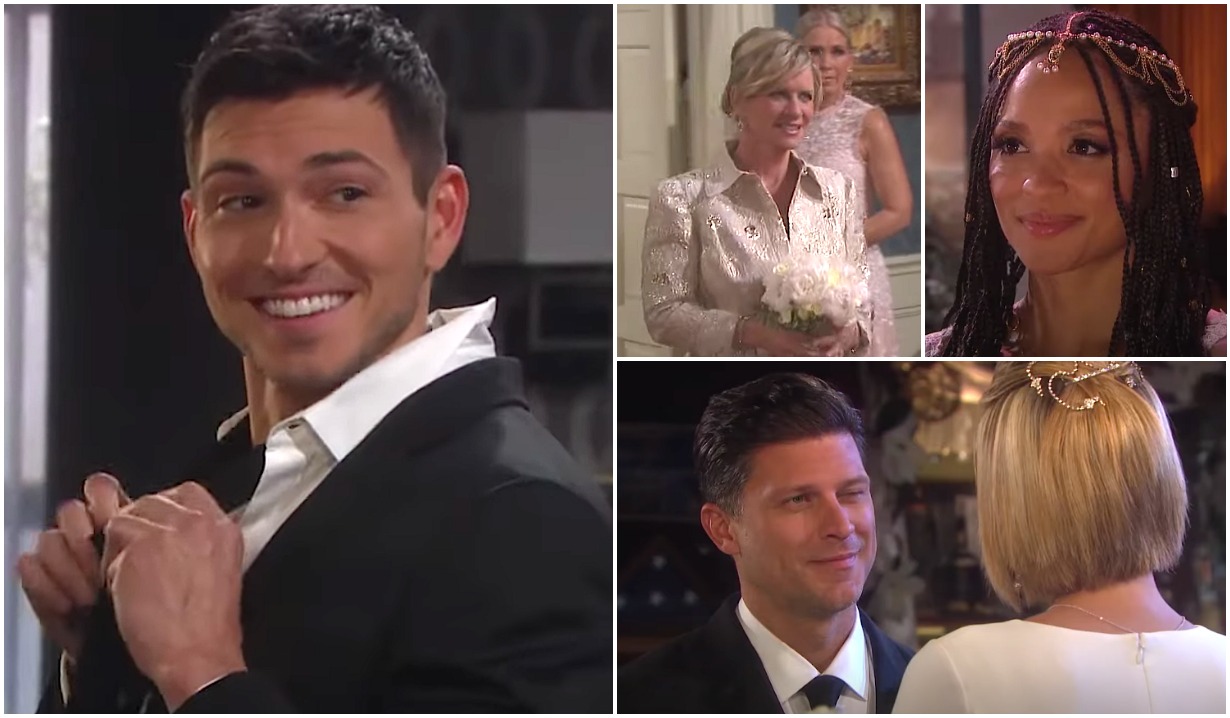 Forget something old, new and borrowed — we want to know who’s going to be blue!

Well-played, Days of our Lives. You got our attention in a big way with that spoiler-stuffed summer promo that teased not one, not two nor even three but four — count ’em, four! — weddings. (If you haven’t seen it yet, feast your eyes below.) Now we can’t sleep nights for wondering which of the would-be husbands and wives will succeed in tying the knot and which will end up becoming, er, dis-engaged.

OK, maybe we don’t wonder too much about Justin and Kayla. Considering that her true love, Steve, watched as she accepted his rival’s proposal and is now running around Salem challenging people not to face-palm right in front of him by spouting nonsense like, “I do love Kayla, and I won’t tell her that because I love her,” there’s nothing to stop that wedding. Not unless Dr. Rolf suddenly comes up with a formula to boost the erstwhile Patch’s IQ.

Eli and Lani also seem like a safe bet to make it all the way down the aisle. They’ve already endured one ceremony that broke the groom’s heart (and nearly stopped grandma Julie’s). And they’ve already dealt with Lani’s concerns about the two of them immediately becoming a mom-and-pop operation. So, short of him realizing that his life was a lot more interesting with Gabi in it, they’re a lock to lock it down.

That leaves Ben and Ciara, and Eric and Nicole. Our initial reasons for being skeptical of a “Cin” marriage at this point are as well-documented as they are well-intentioned. And they’ll soon have the additional threat of Claire crashing their wedding. So we’d put the odds of Ben actually managing to slip a ring on Ciara’s finger at… eh, 50/50 at best.

The same goes for Eric and Nicole. You could argue that, for the love of Swamp Girl, they’ve been through enough. If Eli and Lani have had it bad, Eric and Nicole have had it so. Much. Worse. And for so much longer. They’re overdue to say, “I do.” However, with Sami in attendance at their nuptials — and entirely willing to make a cake wreck of dessert — the happy couple is probably as likely to be sent to the hospital as they are on their honeymoon.

What do you think? Which Days duo do you predict won’t enter into an “altared state” this summer? Vote in the poll below, then explain your reasoning in the comments section underneath.

Before you go, check out our slideshow outlining why Ben & Ciara shouldn’t marry.

<p>Yes, yes, Ben is on medication now to ensure that he never again sees a necktie as anything more than an accessory. But before he begins a new life with Ciara, shouldn’t they maybe think a little longer and harder about the difficulties that his past will present to their future? How would a child of theirs feel when he or she learns that Dad was a literal lady killer? This isn’t an insurmountable issue — nothing is for “Cin” — but it deserves, even <em>demands</em>, further addressing.</p>

<p>Speaking of Ben’s history of homicidal tendencies, wouldn’t Hope have renewed reservations about her daughter’s relationship with him now that he’s put a ring on it? A romance is one thing; a marriage, quite another. Also, how on earth does anyone think that Bo would be cool with Ciara tying the knot with a man whom once upon a time he would’ve moved heaven and earth to bring to justice? There’s a frank and uncomfortable discussion to be had here, and thus far, it hasn’t happened.</p>

<p>Since Tripp left Salem, Ben and Ciara haven’t had to deal with a third party trying to horn in on their relationship. How would they fare if, now that they are committed to one another, they did? What if, say, Theo were to return a little bit older, a whole lot wiser and altogether supportive of “Cin”? Would it give Ciara a glimpse of how much simpler her future could be if she wasn’t getting hitched to the modern-day equivalent of the Salem Strangler? Would she be tempted? She deserves to find out. For that matter, so does Ben.</p>

<p>Clyde be damned, Ben has earned a mental-health gold star from Marlena. And Ciara dealt with her rape years ago. Still, these two bring to the table enough combined baggage to fill a warehouse. So rather than contemplate flower arrangements and seating charts, perhaps they should be inquiring whether Salem’s busiest shrink offers a bulk discount and booking a year of pre-marriage-counseling sessions. We want it to work as much as they do; this would help guarantee that it will.</p>

<p>We’d say this to any couple whose courtship has mainly consisted of daring rescues, Chinese food and prison visits: Get to know each other in the day-to-day. “Cin” have no idea how they’d actually get along if they weren’t always in crisis (or bed), and hello! They should. We have no doubt that they’d click like a seatbelt — we’ve mentioned their chemistry, right? But <em>they</em> should doubt it — enough to discover how lovely their life would be as husband and wife before they become a bride and groom.</p> 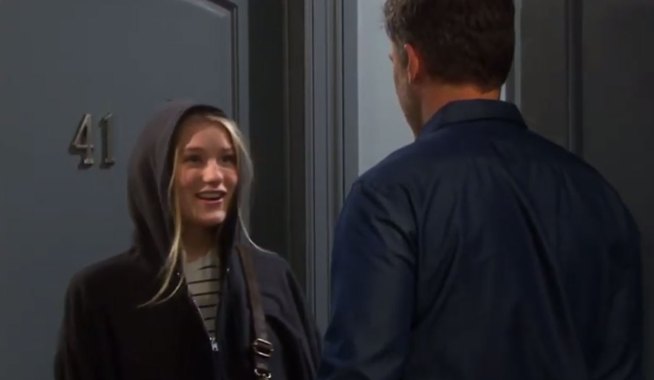 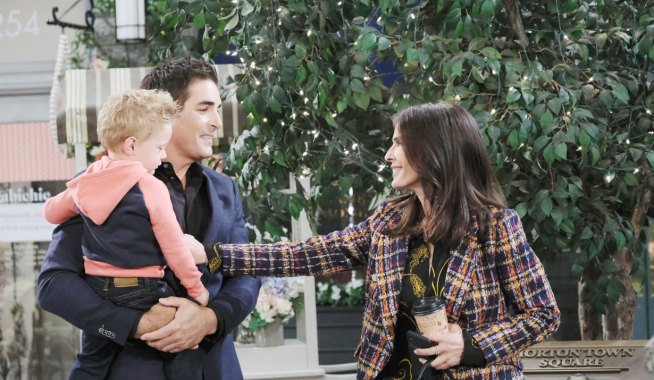