Days of our Lives Spoiler: Will a Drunken Steve Finally Confess His Feelings to Kayla? 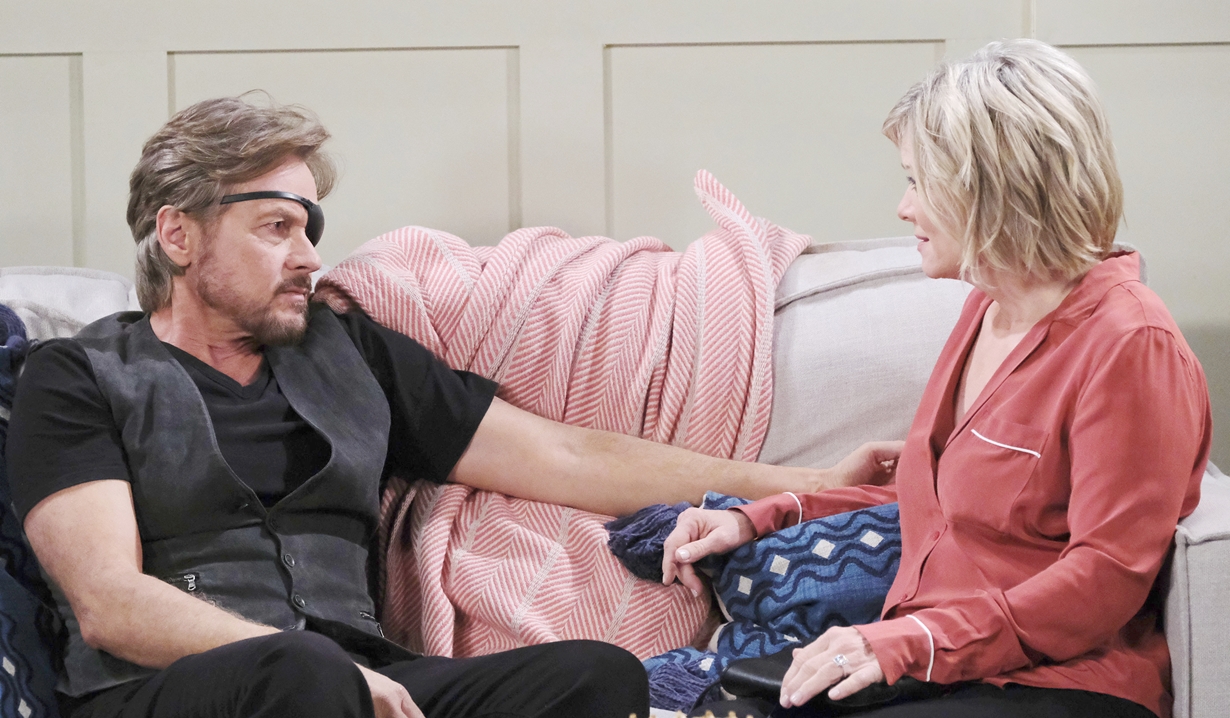 Will the Days of our Lives character listen to advice?

In the most recent episode of Days of our Lives, Jack advised Steve, who was downing shots in Brady’s Pub, to go to Kayla, tell her he loves her and wants her back in his life. Steve nixed the idea and explained he was choosing not to do that because he loved her and was trying to do the right thing. A dubious Jack left him to his wallowing, but then Kayla entered. Spoilers indicate Steve will be tempted to tell Kayla how he feels, but will he?

Kayla was fresh off a conversation with Jennifer, who candidly asked whether she would have accepted Justin’s marriage proposal if she knew there was a chance with Steve, and insisted she was moving on, but will the sight of her ex-husband drowning his sorrows give her pause?

Given Steve and Kayla are the love of one another’s lives, he shouldn’t have to say a word. Kayla should realize that he’s getting plastered because he’s miserable about her engagement, but of course, that wouldn’t draw out the suspense. It’s likely Steve will come close to spilling his guts, but stop himself…frustrating viewers and allowing the Justin and Kayla engagement to continue longer. Or perhaps they’ll share an intimate moment, but one or the other will stupidly declare that it’s wrong because of poor Justin. Conversely, Steve could come clean and be rebuffed because Kayla finds Justin to be the safer option.

Spoilers for next week indicate Kayla will question Steve about his behavior, so it could be that he keeps quiet for now but continues to act out due to his broken heart. Will Justin and Kayla make it all the way to the altar before Steve finally speaks up, or will he take the advice of both Hope and Jack and make a confession fueled by liquid courage?

Cast a vote to let us know if you think Steve will come clean about his feelings, then visit Days of our Lives spoilers to see who will receive unexpected visitors.

Days of our Lives’ Thaao Penghlis...