Days of our Lives Spoilers: Xander Asks Sarah for Another Chance 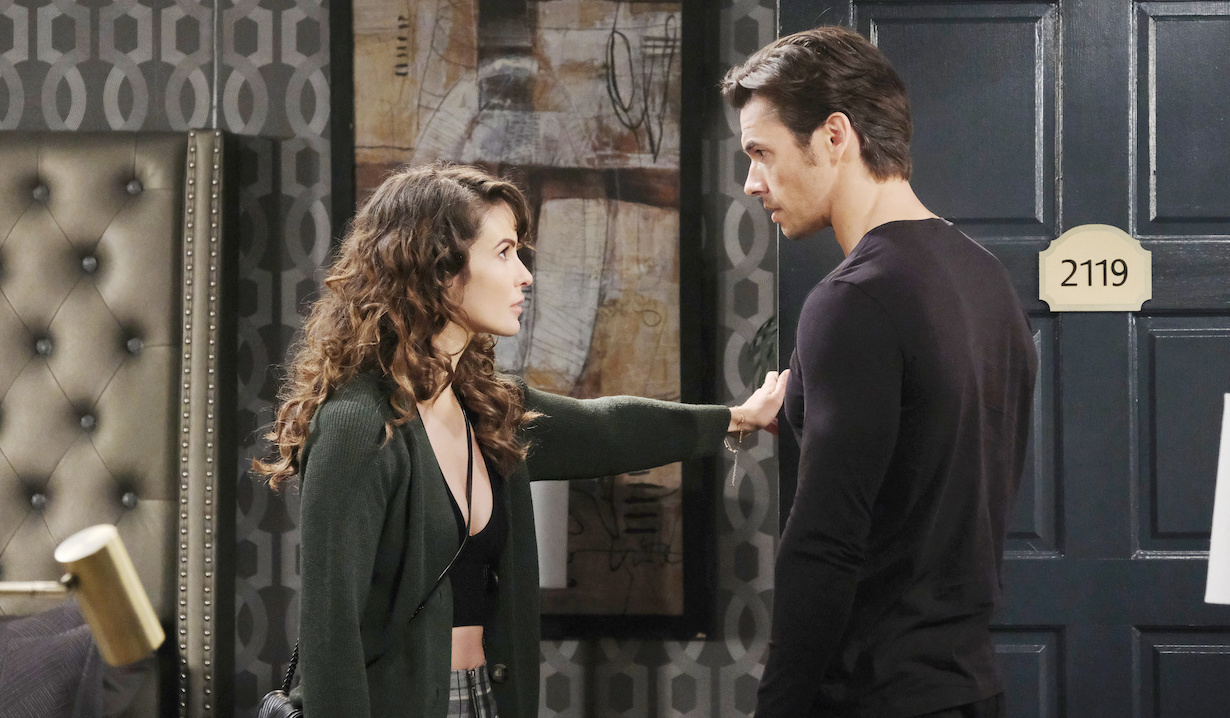 Can Sarah forgive and forget?

Xander’s happily ever after with Sarah and Mickey came crashing down when his shady actions came back to bite him in the ass. Though he swears he had good intentions, Xander letting Sarah believe Mickey was her daughter when in fact her child died in that car crash was the final straw for his angry bride, who left him at the living room altar. Sarah has every right to be furious with the unethical Kiriakis, but Xander is undeterred in his quest to win her back. In his eyes, he did everything for her. In the Days of our Lives spoilers, he asks Sarah for another chance on Wednesday. Will she welcome him back with open arms?

So far, it doesn’t look good for the former diamond smuggler, as Sarah is set on revenge. She is all in on Brady wanting to run Titan into the ground in order to get back at Victor for his role in the baby swap. His first step of course was ousting Xander as CEO.

Sarah certainly seemed to enjoy throwing her fake relationship with Brady in Xander’s face. Although, the softened expression on her face when Xander swore not to give up on her might suggest she still feels a pull toward the bad boy. After all, she’s got to still be in love with him. Love doesn’t fade that fast. But any headway he may have been making will probably be blown to pieces when Brady reveals Xander agreed to help Rolf steal Sarah’s embryo.

Xander should probably give Sarah a lot of space and time if he ever hopes she’ll forgive him for his transgressions. Since this is Xander we’re talking about, he probably won’t do that. In fact, next week, he turns to Jack for advice about his former fiancée. Why Jack?  Could it have something to do with Rolf? We’ll have to wait and see, but Xander could find a distraction from Sarah when Philip returns to Salem. Xander already lost his spot at Titan to Brady, will he now have to battle his cousin for Victor’s attention and respect? Is it only a matter of time and distance before Sarah finally does forgive him? After all, it’s not in her nature to serve revenge cold is it?

What do you think will happen? Share your thoughts below!

An Inside Look at Days of our Lives'...

Tawny Kitaen: 5 Things About The ‘Bachelor Party’ Actress Dead At 59

How To Watch The Vax Live Concert On TV & Online

Performer of the Week: Billy Porter