Days of our Lives Spoilers: Rafe Receives Concerning News While Fighting for Custody of David 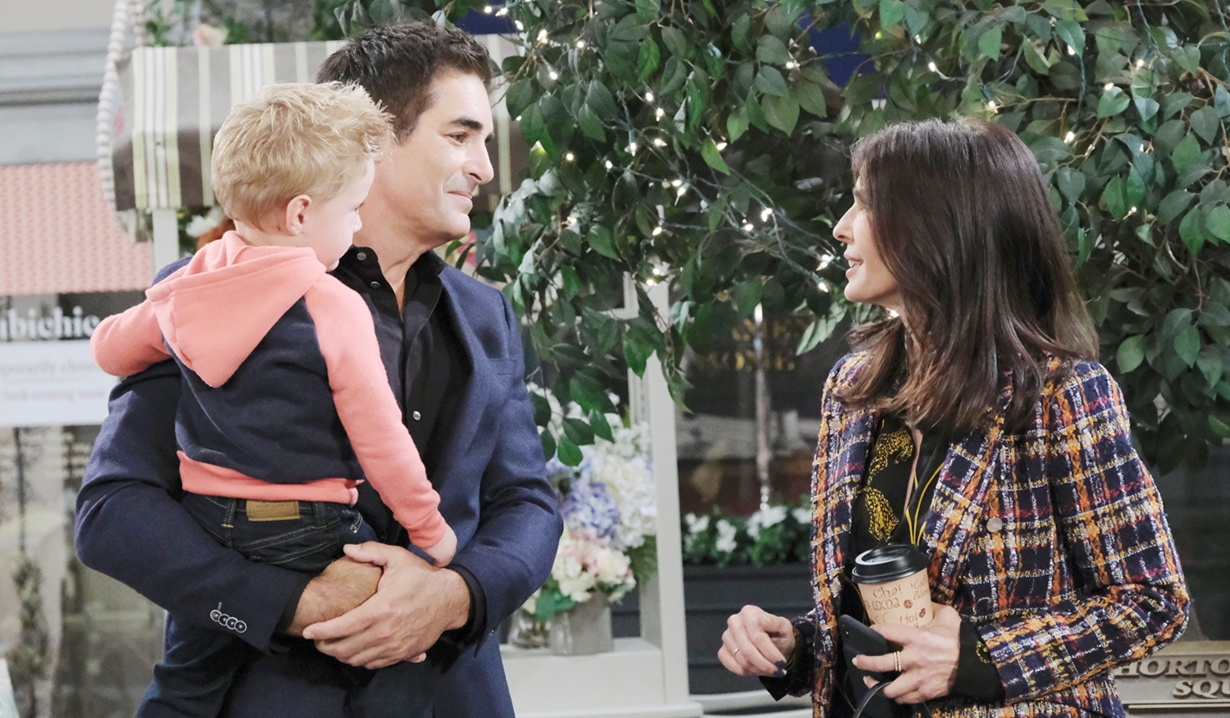 A tough couple weeks ahead for Rafe.

Rafe just got David back after the young boy was kidnapped by his grandfather Orpheus. Unfortunately, Rafe’s emotional rollercoaster continues next week on Days of our Lives as he prepares to fight David’s aunt Zoey for custody.

Per the Days of our Lives spoilers, the week kicks off with Salem’s top cop receiving “concerning” news from Zoey about said custody case. Does she find leverage to use in her case? If so, we have to wonder what could sway the court to give her custody. Zoey might be David’s blood relative, but she did just help her father Orpheus during his kidnapping of John and David and then held a gun on both Rafe and Hope – two cops. Sure, she says it was because Orpheus threatened her son, but it’s still not a good look. Besides, who’s to say she’s telling the truth.

Rafe, on the other hand, is a cop. The Salem Police Department might not have the best reputation for effectiveness, but Rafe is a solid choice to raise the young boy. David’s mother Jordan chose him herself after all. Plus, he’s been raising and bonding with David for the past couple of years. We can’t imagine a better argument for custody.

Alas, things don’t look good for Rafe. Even though Hope goes to bat for him with his custody case next week, the spoilers indicate Rafe is “dealt a huge blow” the following week. He just can’t catch a break.

What do you think will happen with David’s custody case? Who should be allowed to raise him? Sound off below!

Chandler Massey Reveals What Made It...

Days of our Lives Spoiler Video...