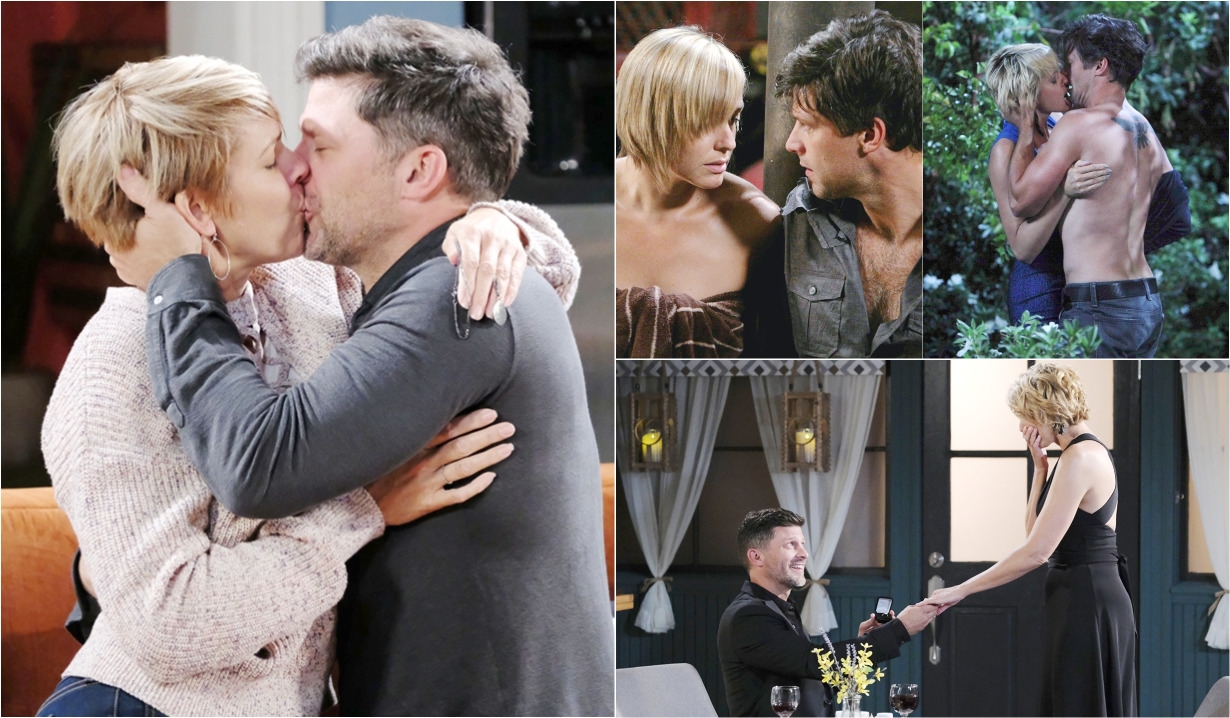 Days of our Lives couple’s love has survived many setbacks.

Days of our Lives’ Eric Brady (Greg Vaughan) and Nicole Walker (Arianne Zucker) have had an on-again-off-again love affair that dates back to when Eric was working at Countess Wilhelmina as a photographer and enticed Nicole to come and model for him after meeting her at the Java Café. After all of the ups and downs and so many years, he proposed, and Nicole’s accepted.

Nicole and Eric’s relationship has been something of a torturous journey filled with misunderstandings, miscommunications, doubt…and plenty of yearning. No matter who else they get involved with, how many times one or the other leaves town, or how many times they become convinced they can never forgive the other for some breach of trust, Eric and Nicole always end up realizing they can’t fight the love they feel for each other.

This Days of our Lives couple has persevered through relationships and marriages to other people, drugged rape, hidden truths, and even Eric devoting his life to the priesthood, and come out the other side more in love than ever.

While Eric can be a judgemental ass and Nicole is known for hiding information she should just be honest about, there’s been a shift of sorts recently as Eric has actually seemed to listen when Nicole explains herself and is more willing to understand and forgive in the face of his undeniable love for her. With Eric becoming a father figure to Holly as well, it’s time these two got their happily ever after and became a proper family…at least for as long as that’s possible in Salem. Here’s hoping their wedding this summer ends with them getting hitched.

Do you think Eric and Nicole should get their happily ever after? Would you like to see them finally get married? Vote in the poll, share your thoughts in the comment section, then read our Days of our Lives spoilers to find out who will rip into Victor Kiriakis.

<p>Eric got down on one knee and proposed to Nicole. She accepted. Here’s hoping this is one Salem wedding that will go off with a hitch!</p>

Days of Our Lives Poll: Would You...

Days of our Lives Spoilers: Lani...