An Inside Look at Days of our Lives’ Kiriakis Clan, Salem’s First Family of Crime 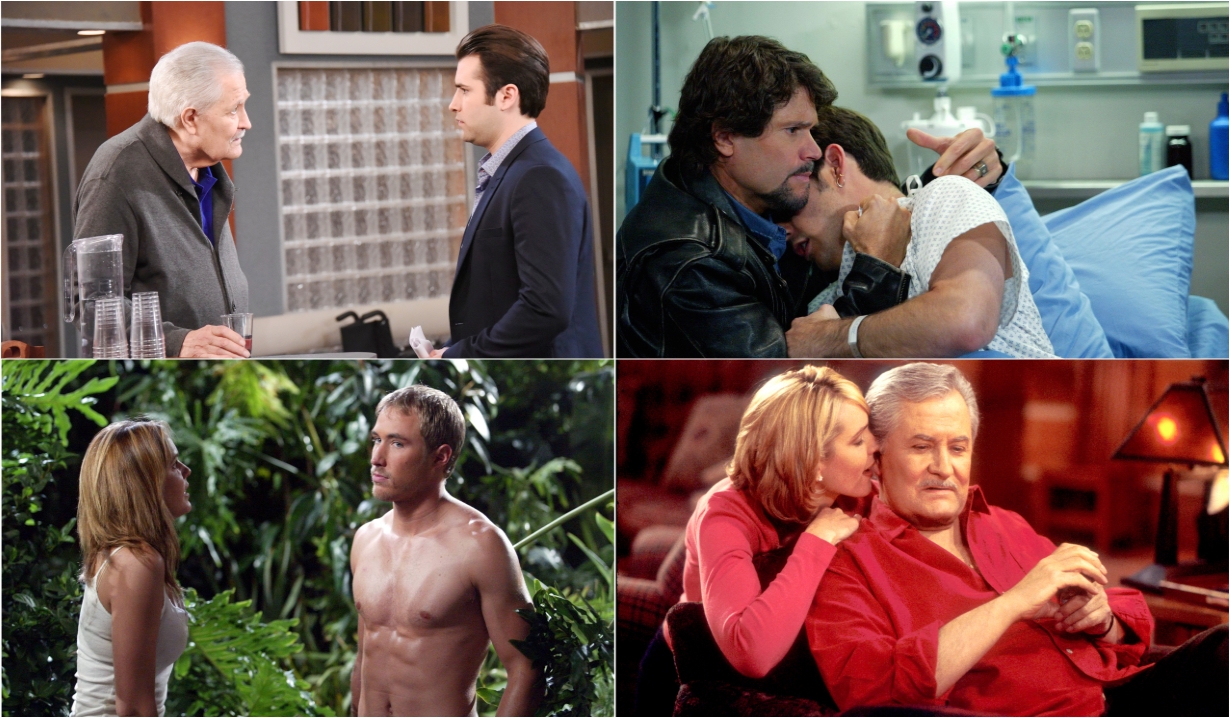 The lawless and the law.

Unlike Salem’s significantly more eccentric crime family, the DiMeras, the Kiriakis clan has caused less chaos around town, while keeping its many underground businesses thriving as well as its more legitimate corporations, such as Titan. The patriarch of the family is Victor. He has two brothers, Alexander and Titus, who have never been seen in Salem, but who fathered children who would become central to Victor’s life and business. 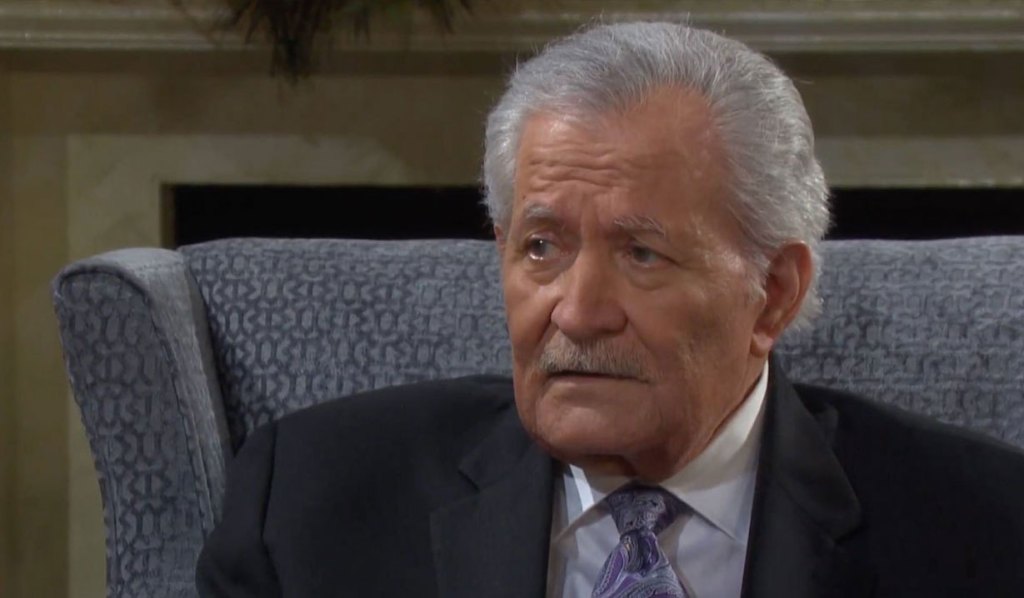 Born in Greece, Victor Kiriakis (John Aniston) moved to the United States while still a child. He grew up in Salem and had a relationship with Caroline Brady (Peggy McCay), fathering Bo in secret. He became a visible presence in the town starting in 1985 and his stature only grew and it became more evident that he was tied to a vast criminal underground that spanned much of the globe. Like his rival Stefano DiMera (Joseph Mascolo), there were few illegal schemes that he wasn’t somehow involved with, whether it was stealing bonds, selling drugs, pornography, or selling military secrets to the Soviets. Victor was instrumental in bringing John Black (Drake Hogestyn) to Salem and in the convoluted battle between the Roman doppelgangers. Eventually, Victor let up on the foreign intrigue and mind games a little, if mostly for the sake of his children. This wasn’t enough to stop people, especially women, from trying to murder him. Kate Roberts (Lauren Koslow) tried but he was saved by Nicole Walker (Arianne Zucker), who then got Jan Spears (Heather Lauren Olson) to try and bump him off. 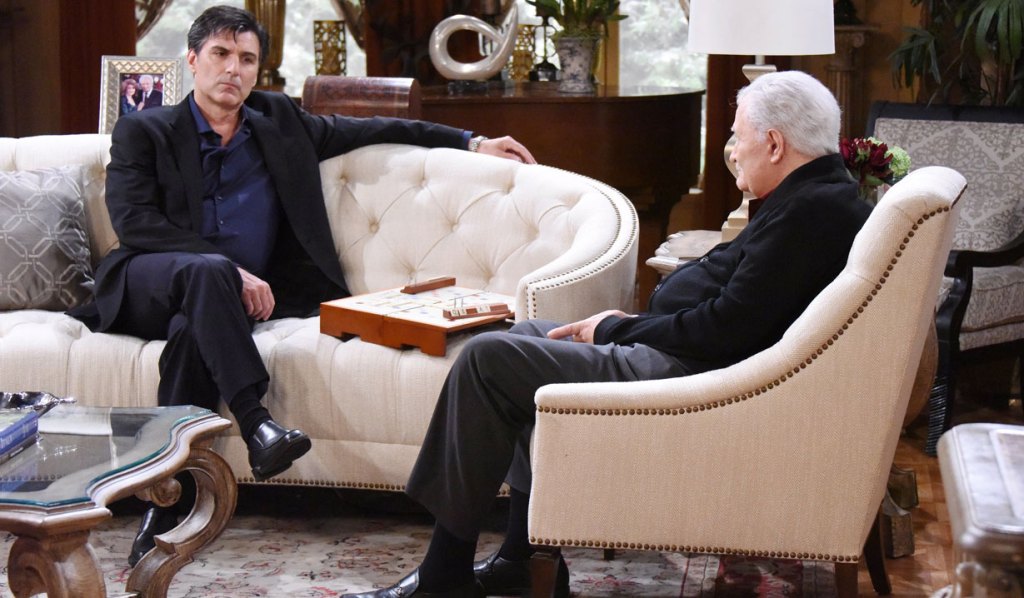 Deimos Kiriakis (Vincent Irizarry) was Victor’s half-brother, who arrived in town after spending three decades in prison. The two brothers had long been estranged because Deimos had coveted both Victor’s power in the family and his fiancée, Helena. Soon after Deimos ran off with her, she turned up dead. Although Deimos met a bloody end fairly quickly, it wasn’t before seducing both Kate, Chloe Lane (Nadia Bjorlin), and Nicole. He took revenge not only on his half-brother but on the rest of the family, including abducting Philip and nearly killing Brady. 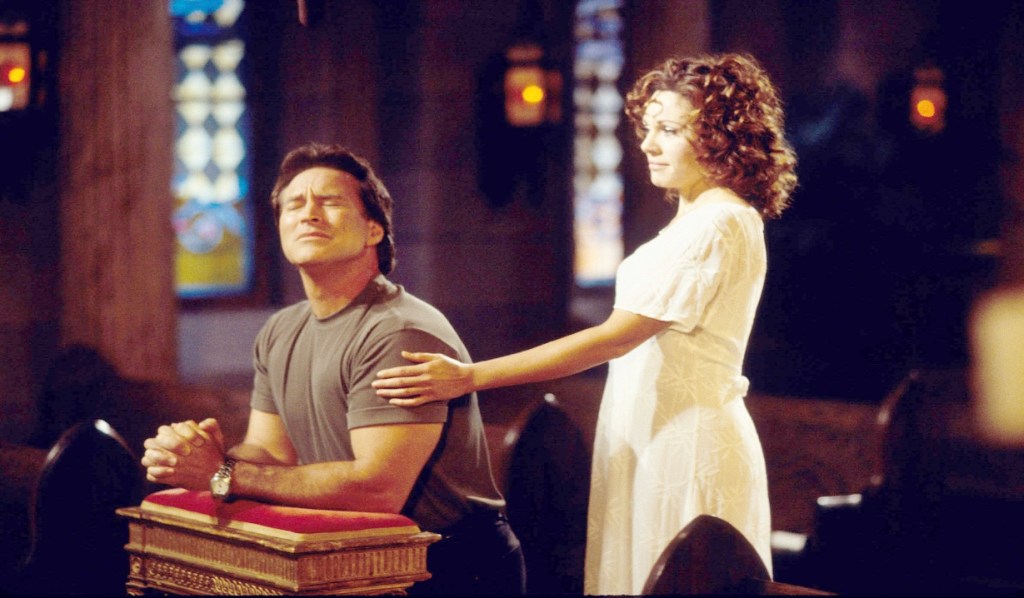 Victor’s daughter, Isabella Toscano (Staci Greason), was originally introduced as someone else’s child. It was later revealed that he had fathered her with Loretta Toscano. Isabella was first seen as the inmate of an insane asylum, where she was being held against her will by her sister, Marina (Hunter Tylo). Jack Deveraux (Matthew Ashford) helped her escape and go into hiding. During that time, she wound up killing her sister but blocked all memories of the accidental killing from her mind. Although she attempted to bond with Victor, this was often undermined by revelations of his criminal misdeeds and the way he manipulated his children. That didn’t stop her from forming a close bond to her half-brother Bo and they became PIs together. Her relationship with John Black/Roman Brady was nearly destroyed thanks to the machinations of others. After Isabella and John finally married, she gave birth to Brady, only to die of pancreatic cancer shortly thereafter. 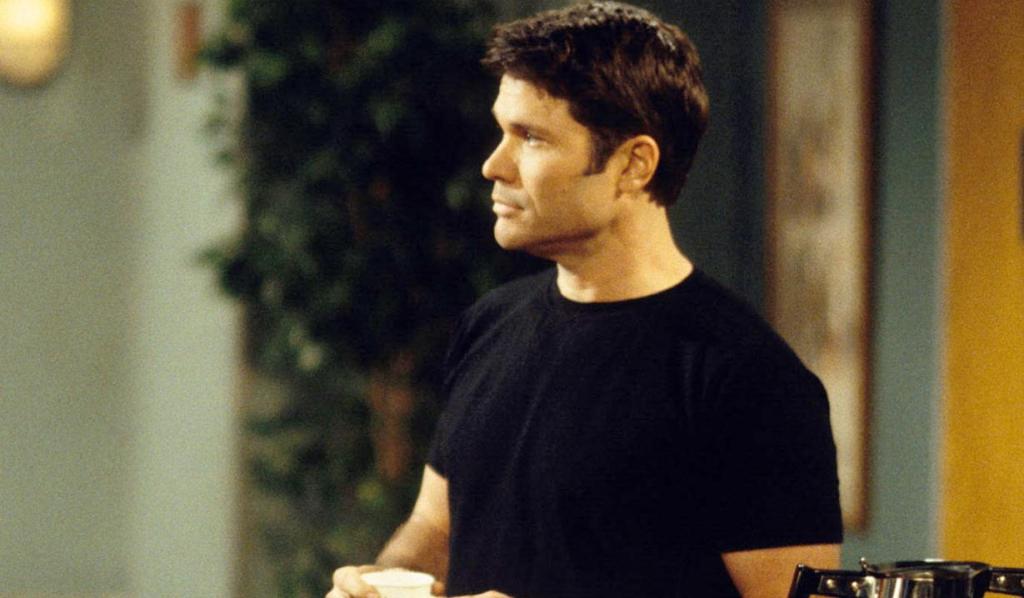 Beauregard “Bo” Aurelius Brady (Peter Reckell/Robert Kelker-Kelly), Victor’s son with Caroline, led a life stuck between the two families. He returned to Salem as a biker with an attitude but quickly ran afoul of Victor and their relationship was often acrimonious afterward. Bo would come and go from Salem over the years, leaving with Hope Williams (Kristian Alfonso) who seemingly died in an explosion, and returning to get involved with Carly Manning (Crystal Chappell), and then Billie Reed (Julie Pinson). Even if they were barely on speaking terms, Victor continued to upset his son’s love life. Unlike his criminal father, Bo became part of law enforcement and his family the frequent victims of crime, with his son Shawn Douglas (Jason Cook, Brandon Beemer) nearly being killed by drug dealers and many of his loved ones seemingly killed off by the Salem Stalker. Bo eventually left Salem, supposedly to do undercover work, and apparently died. 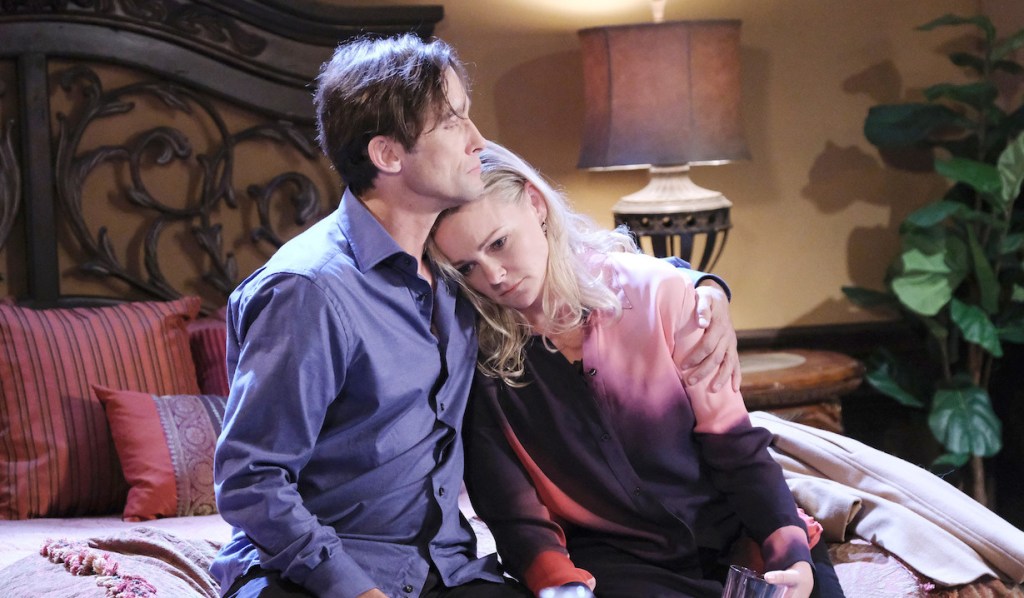 Philip Kiriakis (Kyle Brandt, Jay Kenneth Johnson, John Paul Lavoisier) was the son of Victor and Kate Roberts. If that wasn’t enough friction from birth, he was also the surrogate son of Vivian Alamain (Louise Sorel). He would live not only under Victor’s shadow, but also under that cast by his half-brother Bo, or more specifically, Bo’s son. Shawn Douglas and Philip would spend years in competition for Belle Black (Kirsten Storms, Martha Madison) and the various confusing paternity issues that followed. Philip managed to get involved with a lot of the young women in town, including Chloe Lane, Stephanie Johnson (Shayna Rose, Shelley Hennig), and Melanie Jonas (Molly Burnett), and also showed plenty of ambition in business. His place at Titan was continually threatened not only by his rivalry with EJ DiMera (James Scott) but also with his nephew, Brady Black.

Like Bo, who seems stuck between being a Brady and a Kiriakis, Brady Black (Kyle Lowder, Eric Martsolf) has tended to go from one extreme to another. He gives the impression he inherited his father John’s lack of a stable personality. Losing his mother Isabella early on didn’t help and was worsened by his almost lifelong battle with addiction. Not only was Brady often in stiff competition with his uncle Philip, he was in romantic competition with family members as well. He was close both to Melanie and took up with his grandfather Victor’s ex-wife, Nicole. 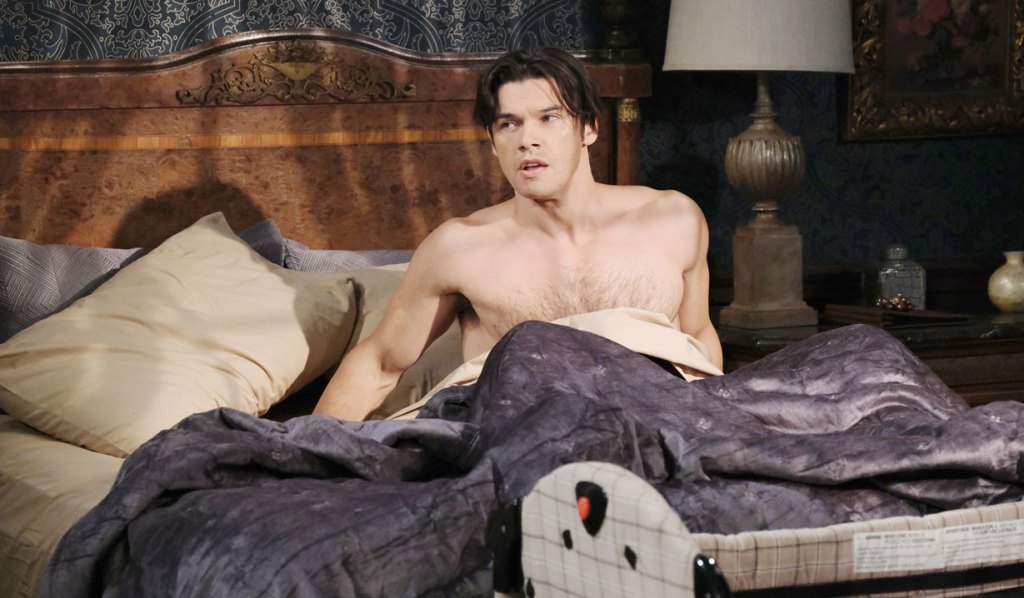 Brady’s cousin Xander Kiriakis also hooked up with Nicole. She used him to try and make Daniel Jonas (Shawn Christian) jealous and he soon took revenge on her for betraying him. When Xander landed in Salem, he was a thug and a jewel thief, and even with his connections, soon landed in prison after Theresa Donovan (Jen Lilley) filed a false rape claim against him. He wound up getting out of prison and going after Nicole and Brady. He blackmailed Nicole into marriage briefly before becoming smitten with Sarah Horton (Linsey Godfrey), the daughter of Victor’s new wife, Maggie (Suzanne Rogers). 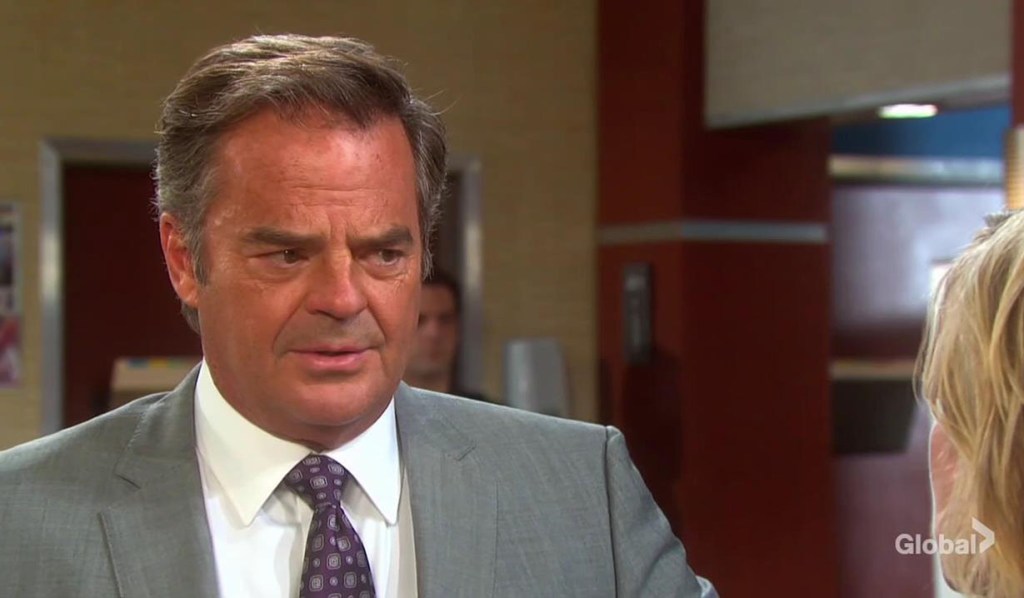 Meanwhile, Justin Kiriakis (Wally Kurth) couldn’t be more different from the rest of the family. He arrived in Salem in the 1980s to get better acquainted with his uncle and was soon working in his construction business. It quickly became obvious what the family was really involved with and Justin would come and go over the years, often keeping a certain distance. He trained as a lawyer and his primary romance has been with Adrienne Johnson (Judi Evans-Luciano). 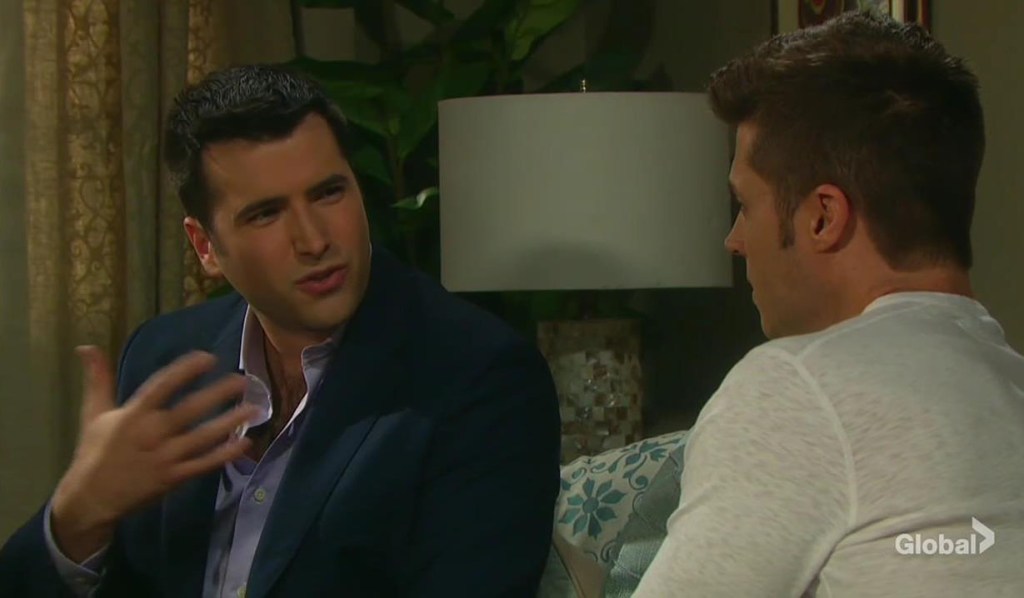 Justin’s son, Jackson “Sonny” Kiriakis arrived in Salem, fresh from a lengthy stay at European boarding schools. He quickly got romantically involved with members of the Horton and Black families. Although his marriage to Will Horton (Chandler Massey, Guy Wilson) brought him a family, it also brought him a lot of trouble thanks both to his husband and mother-in-law Sami’s (Alison Sweeney) penchant for underhanded tactics.

Days of our Lives Spoilers: Lani...

Days of Our Lives Fan Fiction:...