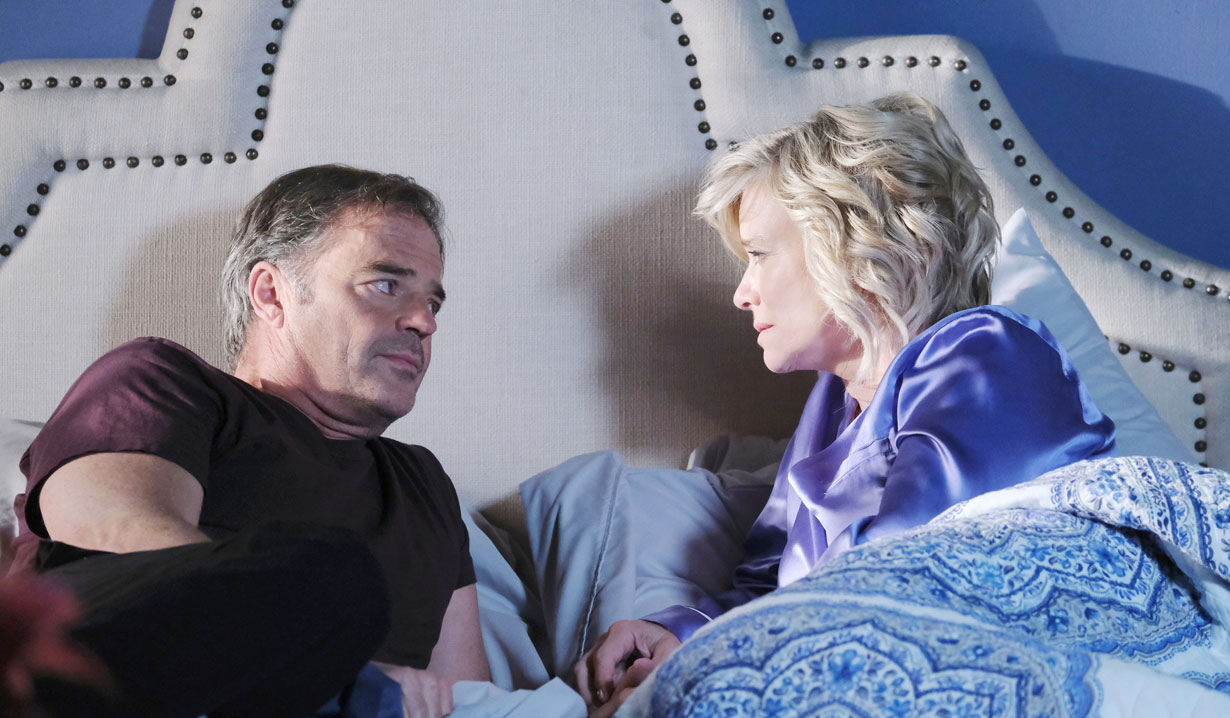 Why it’s difficult to root for Justin and Kayla.

After the big time jump on Days of our Lives in November of 2019, viewers learned that Adrienne Kiriakis (Judi Evans) was dead, and Justin Kiriakis (Wally Kurth) and Kayla Brady Johnson (Mary Beth Evans) had moved on and found love with one another. Months after the time jump viewers finally learned Adrienne died in a car accident on Mother’s day. Eventually, Kayla’s estranged ex-husband Steve Johnson (Stephen Nichols) returned, but he exhibited strange and cold behavior towards Kayla and his other friends. In time viewers learned Dr. Rolf (William Utay) had implanted Stefano DiMera’s memories in him. When he was finally apprehended, Kayla performed a dangerous surgery to remove a chip Dr. Rolf implanted in Steve to return him to himself. After the operation, Steve regained his memories and pushed Kayla to be with Justin after all the pain he had caused her. Here’s why we just aren’t feeling Kayla and Justin as a couple. 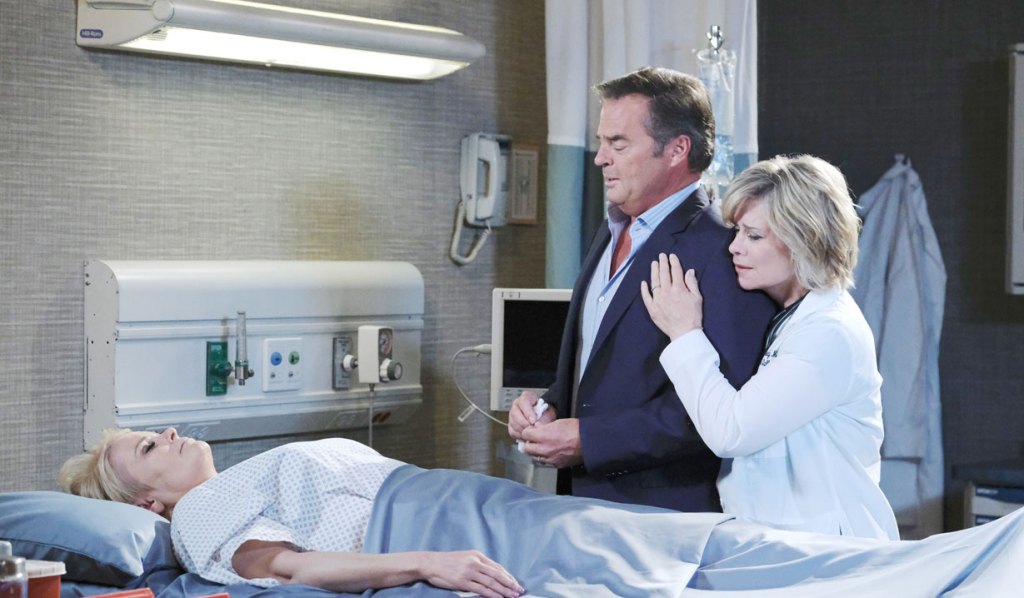 As mentioned in why coupling Hope and Steve is a bad idea, fans already know that Steve and Kayla are one another’s endgames. Even when Steve returned, Justin admitted he would understand if Kayla went back to Steve because if he had the same chance with Adrienne he would take it. Steve also took the decision of who Kayla wanted to be with out of her hands and just ordered her to stay with Justin, so we don’t know which man she would have decided to choose. Justin just feels like the second choice.

Even as we approached the time jump, fans learned Nichols was returning to Days of our Lives after a lengthy time away due to failed contract negotiations. Knowing Steve was returning made it hard to root for Kayla and Justin. Kurth also spilled the beans on Twitter that Evans would be back in some shape or form, though we don’t know how or as who. Given how many characters have returned from the dead with amnesia over the past years at the hands of Dr. Rolf, maybe Adrienne will be back?

Given their long history as in-laws, seeing Justin and Kayla together just feels wrong for many long-time fans. And even with Justin making a valiant attempt to save Kayla from the hands of Stevano, it just doesn’t compare. Justin isn’t the hero that Steve, Bo and John are. He was introduced as a playboy and a schemer. Kayla and Justin have also been pretty boring, to be honest and are mainly involved in the orbits of other character’s stories. Also, there are shades of history repeating itself. Whenever Kayla is without Steve they try and pair her up with another popular male character. That failed miserably in the nineties when Kayla and Shane Donovan (Charles Shaughnessy) started dating after he and Kimberly Brady (Patsy Pease), Kayla’s sister, split. It was all kinds of wrong and most fans weren’t buying them as a couple. 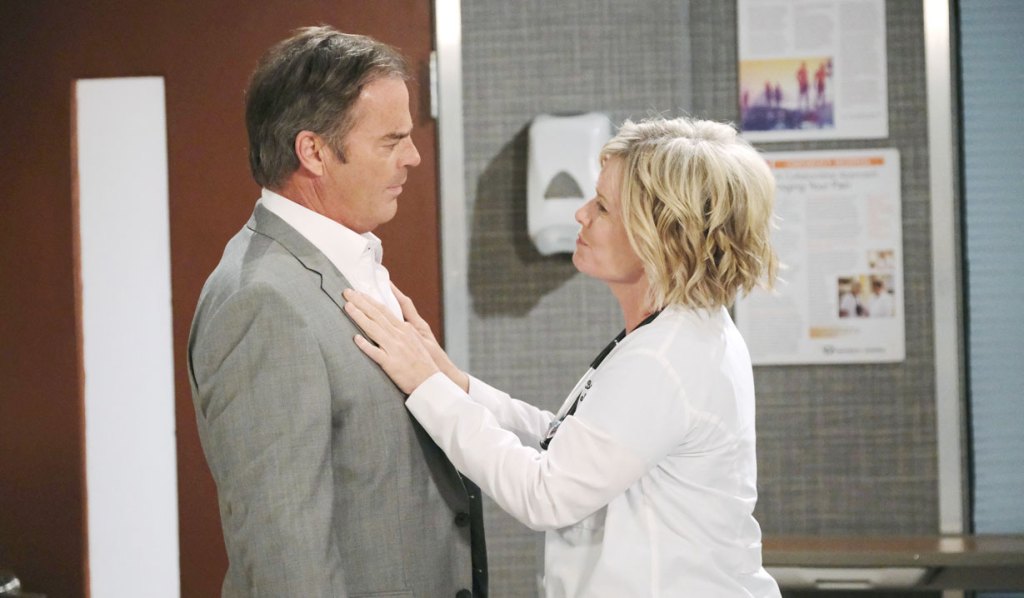 Even though Steve and Kayla have been married a number of times, when you think of the couple, you can’t help but recall their first wedding. It’s one of the most memorable and iconic weddings in daytime history. Kayla had lost the ability to hear and speak after being attacked by the Riverfront Knifer, who turned out to be Harper Deveraux (Joseph Campanella). Surgery restored her hearing, but not her speech. Steve proposed to Kayla, and later surprised her with the wedding of her dreams. The wedding was filmed on an actual yacht and in the over-the-top style that came to epitomize the eighties. It was a wedding viewers never forgot, as Kayla regained the ability to speak when she said her vows. Can any other man or wedding even compare? 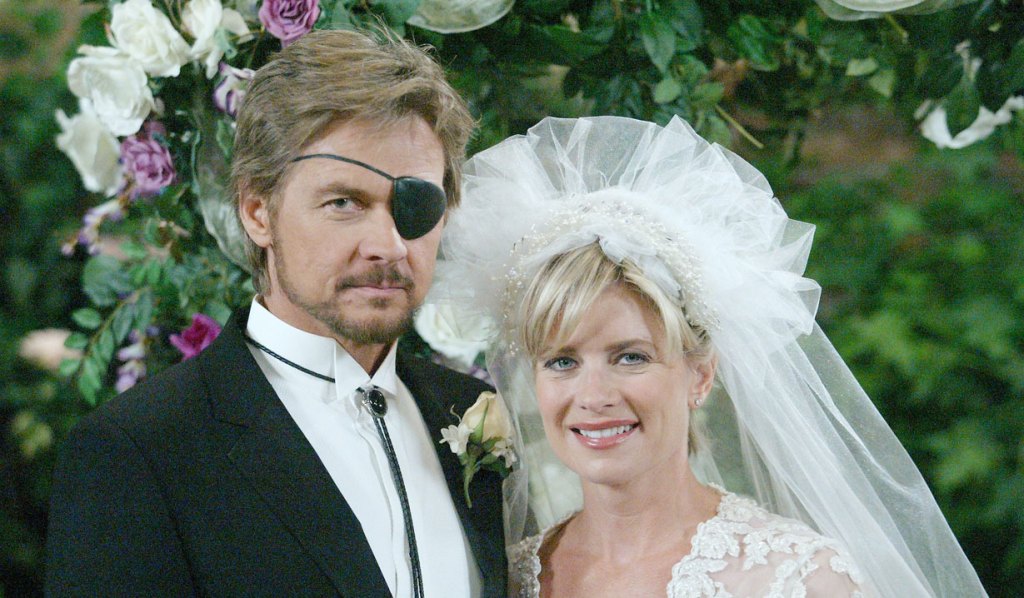 Part of Steve and Kayla’s charm is the unmatched chemistry between Nichols and Evans. They have that special connection on-screen and are great friends off-screen as well. The two work so well together that they were even paired on General Hospital as Stefan Cassadine and Katherine Bell. When you have magic as these two have, it feels wrong to deny them being together and force them to be romantically involved with other characters. 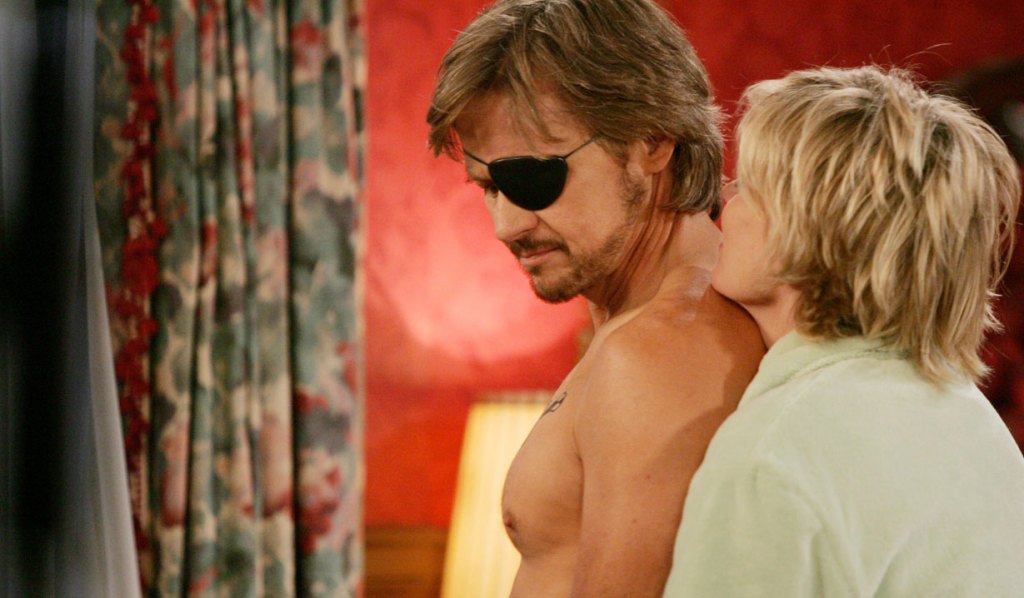 Let us know in the comments if you are or aren’t a fan of Kayla and Justin. Would you be behind bringing Adrienne back from the dead? 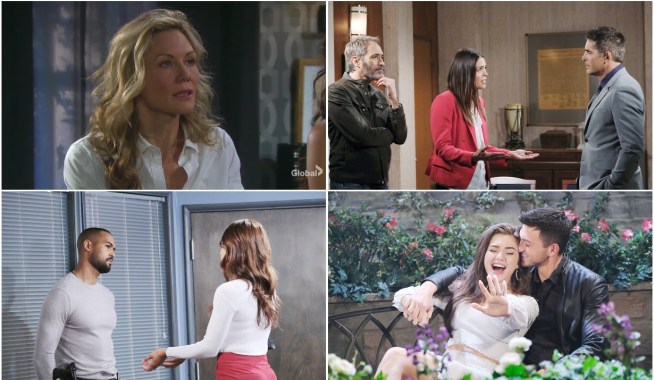 Days of our Lives Rumors: Kristen's Escape Could Lead to Marriage — Plus Someone Gets Shot 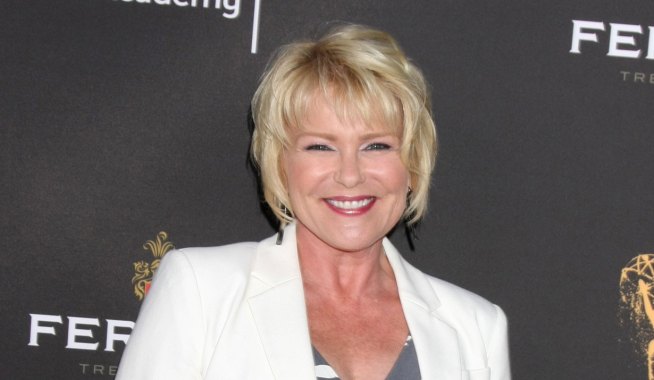