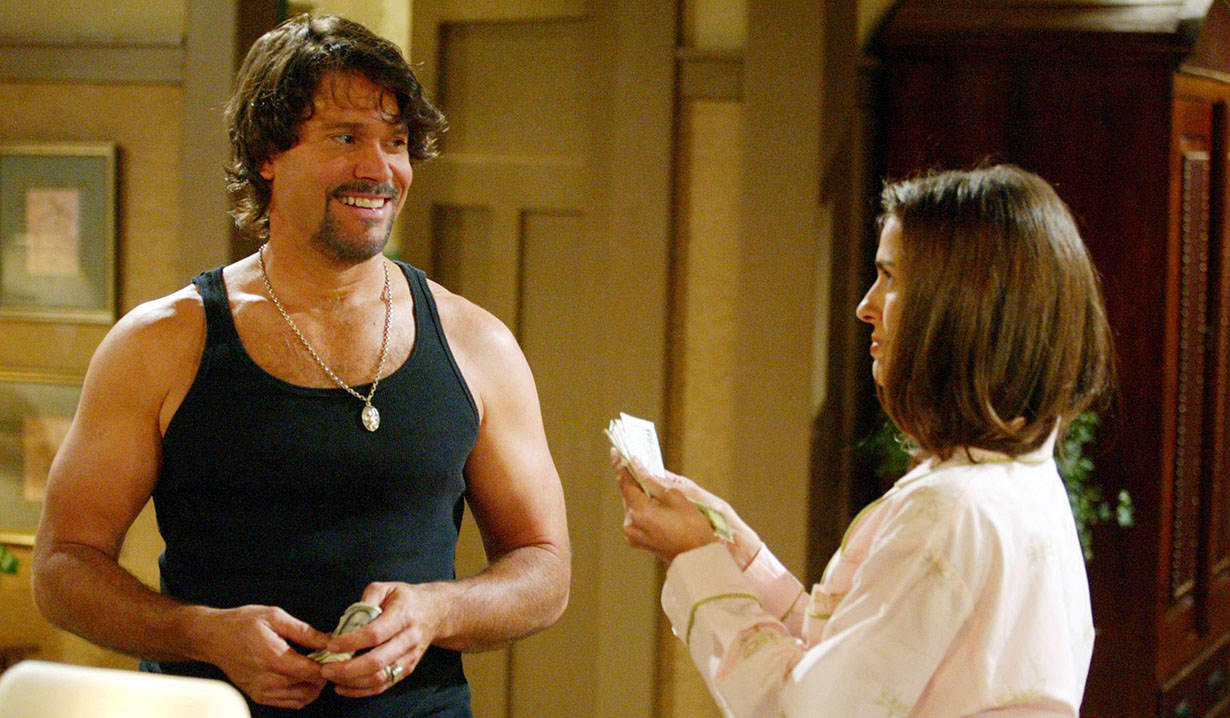 Beloved Days of our Lives vet was half of a true supercouple.

Bo Brady (Peter Reckell) was mentioned twice this week on Tuesday and in the Days of our Lives Wednesday May 13 episode, when Ben (Weston, Robert Scott Wilson) and Ciara (Victoria Konefal) became engaged using the carburetor washer from Bo’s old bike. This touched Ciara’s heart. When Ciara let her mother Hope (Brady, Kristian Alfonso) know that she said yes to Ben’s proposal, his name was brought up again. Ciara wished her dad was alive to walk her down the aisle. And even though Peter Reckell hasn’t been seen as Bo since 2015, his fanbase remains strong and hopeful that one day, the actor will return. In the meantime, Soaps.com is reminiscing about a few things we miss about the character.

Bo was a rebel who rode a motorbike, wore a leather jacket, was introduced as a bad boy who later joined the Salem PD as a police officer and then a detective. He became the Riverfront Raider, rescued those who were thought to have died at the hands of the Salem Stalker on Andre’s (DiMera, Thaao Penghlis) island – Melaswen, he worked for the ISA. One of the last adventures Bo had was when he went on a mission to the rainforest to find the serum to save his mother, Caroline (Brady, Peggy McCay), where he was chased and drugged and which ultimately, contributed to his death. 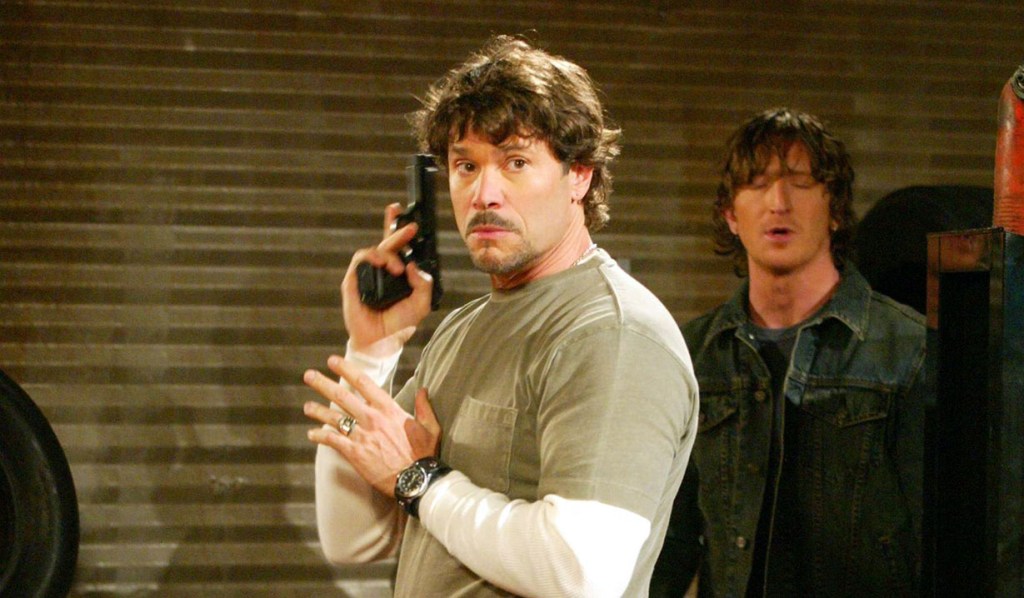 An integral character to Days of our Lives, Bo Brady was one half of an iconic couple with Hope Williams Brady, with their portmanteau being “Bope.” Bo was a jeans and beer kind of guy while Hope, his “Fancy Face” had a trust fund and came from the other side of the tracks. Yet, this couple really wasn’t all that different, both became cops and valued family over everything. They had their ups and downs but were a true supercouple. 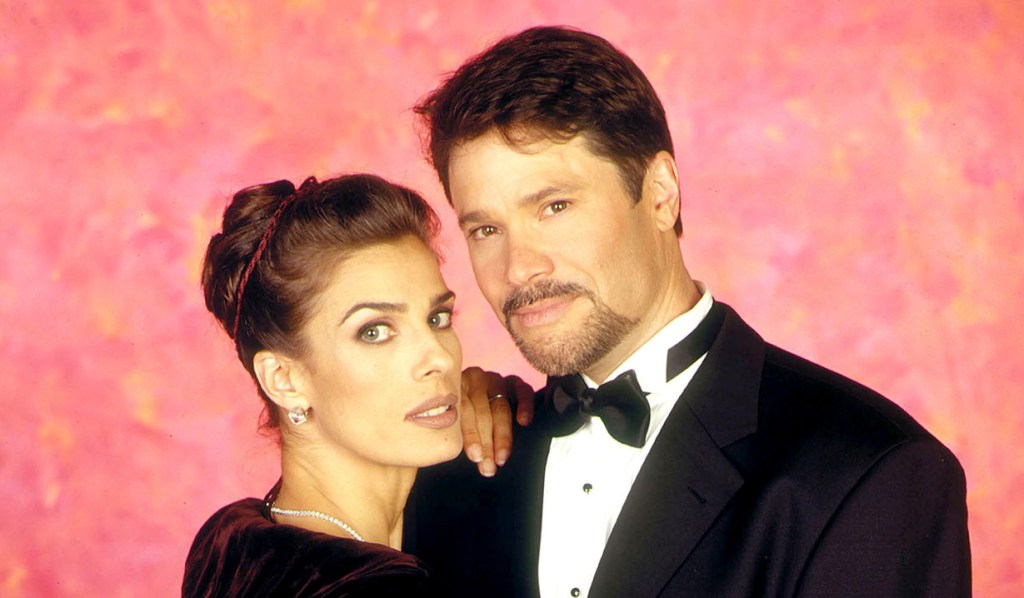 Bo had four children in Shawn (Brandon Beemer), Zack (Garrett and Spencer Gray), Chelsea (with Billie Reed, Lisa Rinna), and Ciara (Victoria Konefal). When Shawn was born, Bo and Hope took him sailing around the world, giving him life experience, but also to protect him and his family. Bo had learned Victor Kiriakis was his birth father and he wanted nothing to do with Victor at that time, nor did he want Victor involved with his family. In time he would warm up to Victor. Later when his teenage son Shawn Douglas was shot by drug runner J.L. King, Bo teamed up with Billie by posing as dirty cops to bring the criminal down, and the two were even forced to marry to prove their loyalty to King. When Bo and Hope’s granddaughter Claire was kidnapped, they went with Shawn and Belle (Martha Madison) to Ireland to locate the little girl. She had been taken for her own protection, and this led to the family meeting Colleen Brady and learning the source of the DiMera Brady feud. 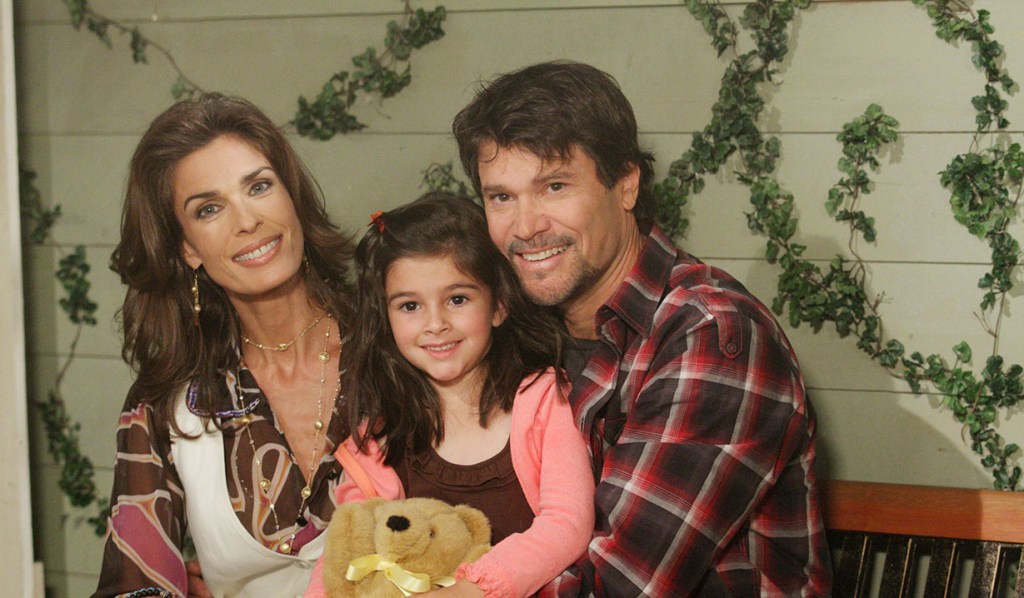 4. Someone you want on your side

Some of Bo’s best friends were his brother Roman (Wayne Northrop, Josh Taylor), John Black (Drake Hogestyn), and Steve Johnson (Stephen Nichols). Bo and Roman’s friendship was slow to come. Roman was a straight-laced cop and Bo his youngest sibling and the black sheep of the family. When Roman was arrested and framed for a rash of serial killings committed by Andre DiMera, Bo along with Alice Horton (Francis Reid) orchestrated a plan to break Roman out of jail. Steve was Bo’s oldest friend, though they too had a rough patch while in the Merchant Marines they were played by a woman, Britta Englund. As a result, Bo attacked Steve and took out his eye. In time they mended their friendship. When Steve and Kayla’s daughter Stephanie (Shelley Hennig) was kidnapped by her deranged nanny and taken to Australia, Bo and Hope, who had been sailing the world, returned to help them get Stephanie back. And when it turned out John Black was not Roman Brady, who everyone believed thanks to Stefano DiMera’s (Joseph Mascolo) brainwashing, Bo and the real Roman both helped John learn who he really was by venturing down to Mexico with him. They considered him part of their family. 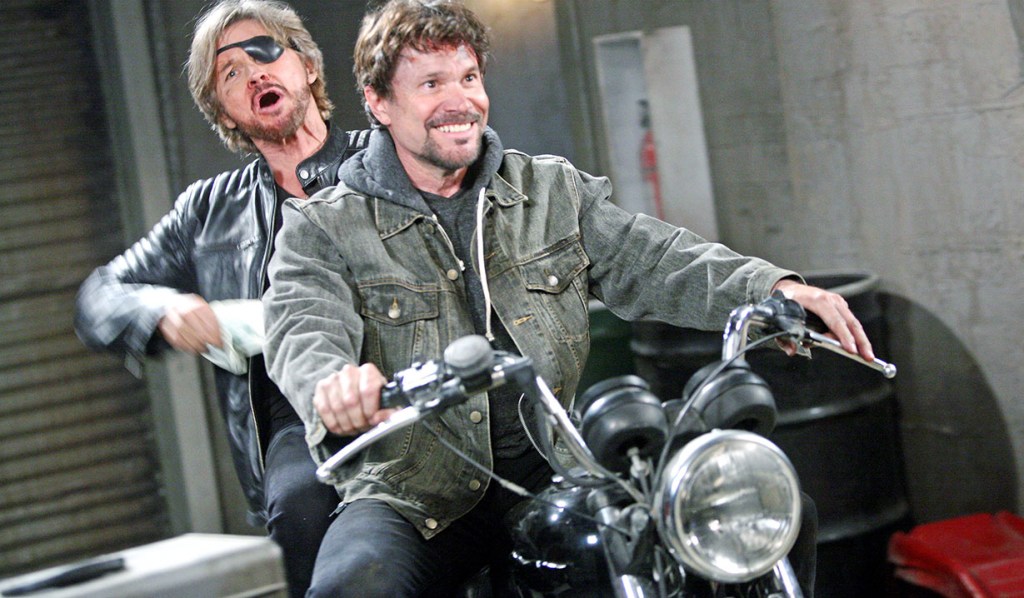 Do you miss Bo Brady? Leave Soaps.com a comment in about your thoughts on Bo Brady, either way.

Days of our Lives' Spoiler...

Days of our Lives Spoiler Video...

M. Night Shyamalan on the Sincerity of His Films and Why ‘Back That Ass Up’ Is Easier to Say Than ‘I Love You’