Days Spoiler Speculation: What May Happen as a Result of Kristen Stabbing Victor 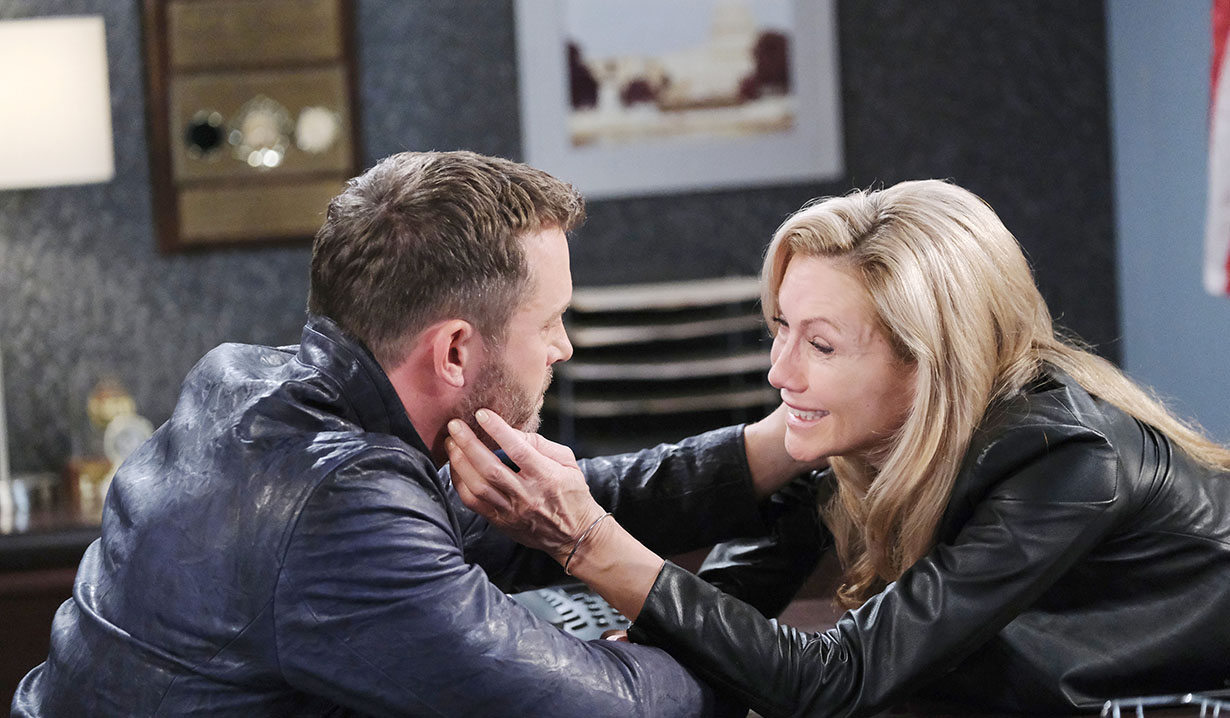 Returning to her darker impulses.

Kristen DiMera couldn’t help herself from enacting revenge on Victor for participating in the baby switch on Days of our Lives and stabbed the Kiriakis mogul. Soaps.com has devised a few theories on what the aftermath of her shocking act might be.

After indulging in a tirade against Xander for his role in stealing her baby Rachel, Kristen realized in horror that arch-enemy, Victor, had also been complicit. Some viewers were glued to the screen as Kristen called Victor out for his crimes with seething anger. After exchanging a few barbs, Victor ordered her out, but Kristen wasn’t going anywhere. She picked up a knife off the cheese platter, looked Victor in the eye, and coolly stabbed him. She took off straight to the interrogation room at the SPD where Brady found her. Did she go there originally to confess? Brady was impressed that she didn’t go after Victor until Sonny called with the news that Victor had been stabbed.

Based on the horrifying look Brady shot at Kristen after the call, it’s likely he’s deduced it was her. Brady may recoil in horror from the idea of Kristen not just stabbing his grandfather, but resorting back to her DiMera ways. Already reeling from his daughter’s kidnapping, perhaps Brady would not be able to cope with Kristen not having changed. If so, he could walk out on her.

Another possible scenario is that Kristen confesses to Brady and he takes the fall to protect her from prison. He may believe that in a fit of rage, Kristen was pushed to the brink – especially after she learned about Victor’s involvement. This would make it easier for Brady to forgive Kristen and protect her. It makes sense Brady would go to great lengths to protect the mother of his child.

Of course, knowing Kristen’s sordid history and the desperate lengths she has gone to keep Brady, she could attempt to cover up the evil deed, believing Brady would not support her. Even after they get their daughter back, Kristen is certainly capable of lying to Brady for months until the truth comes out.

Finally, it’s possible that Kristen and Brady might work together to try and frame Xander. This would enact revenge on Xander – something they would probably have no guilt in doing. Though, Xander’s cell phone will show that he called Sarah multiple times and even spoke with her at length, which could clear him from suspicion. If Brady and Kristen do successfully frame Xander, perhaps Sarah would be the one to help Xander clear his name.

What do you think will happen now that Brady knows Victor has been stabbed? Vote in the poll below to let Soaps.com know which way you’re thinking, and search the Days of Our Lives spoilers for more clues.

What do you think will happen with the stabbing storyline? Vote in Soaps.com’s poll and join in the conversation below to chime in with other ideas.

In the Days Spoiler Video, Gabi...