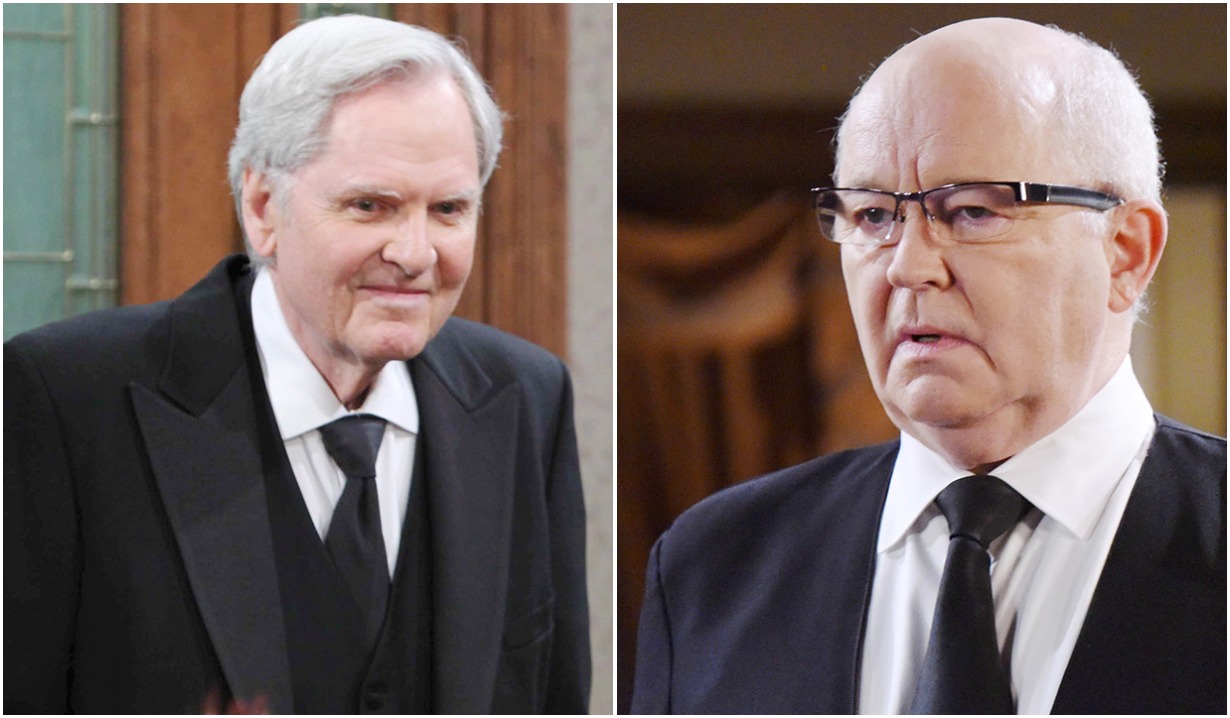 Old pals mock the jiggery pokery at the Kiriakis mansion.

With everything going on in the world right now, Soaps.com knows a little lighthearted comedy will help boost our readers’ spirits. With that in mind, here’s a scene I wrote for two characters on Days of our Lives with whom I enjoy, that don’t get nearly enough screen time. What could happen if we put them into each other’s orbit?

The DiMera butler, Harold (Julian Barnes), and the Kiriakis butler, Henderson (Ron Leath), have been friends for decades. They’re seen every Friday night at the Brady’s pub, at their usual places at the bar, closest to the kitchen. They have a few drinks and sometimes carry on when nobody’s looking. If a Kiriakis or DiMera family member walks in, they pretend they barely know one another. It’s probably for the best…

Harold leans in toward Henderson and mumbles, “She had jello all up the stairs leading to their bedroom and Cook told me the next morning that it was meant for the children!” Henderson pulls back, his lip curling up. “Disgusting, really, when you think about it. I must say, as terrible as the Kiriakis family is, at least I’ve never come across one of them…” Roman interrupts with a grin and the men clam up. “Can I get you fellas another round?”

An hour later, Harold is shaking, hunched over his vodka martini – with three olives. Tears stream down his face as he tries to hold in the laughter. To his right is Henderson, sets down his rum and Coke, arms stretched wide, smile beaming on his face. He wiggles his hips from side to side, saying, “And Leo came out of the bathroom with these ridiculous rubber ducky boxers on, gyrating for all he was worth! I tell you, Roldy, I don’t know how I hold it in. I mean, the color matched his God-awful suit! I nodded and said, ‘Very well sir’, and left as though my feet were on fire. When I got to my room,” he pauses to burst out laughing, “I almost gave myself a hernia holding the laughter in. And then…” Henderson says between cackles, “And then, later, the one who looks like Rambo comes into the…” Their mocking is interrupted when Sarah and Xander stroll in with Mackenzie. Henderson sits on his stool and the men quickly turn their backs and shoot each other a look, trying to control their chuckles, while Xander glances over at the duo, with a pained expression on his face.

What do you suppose Xander did that Henderson was about to tell Harold? 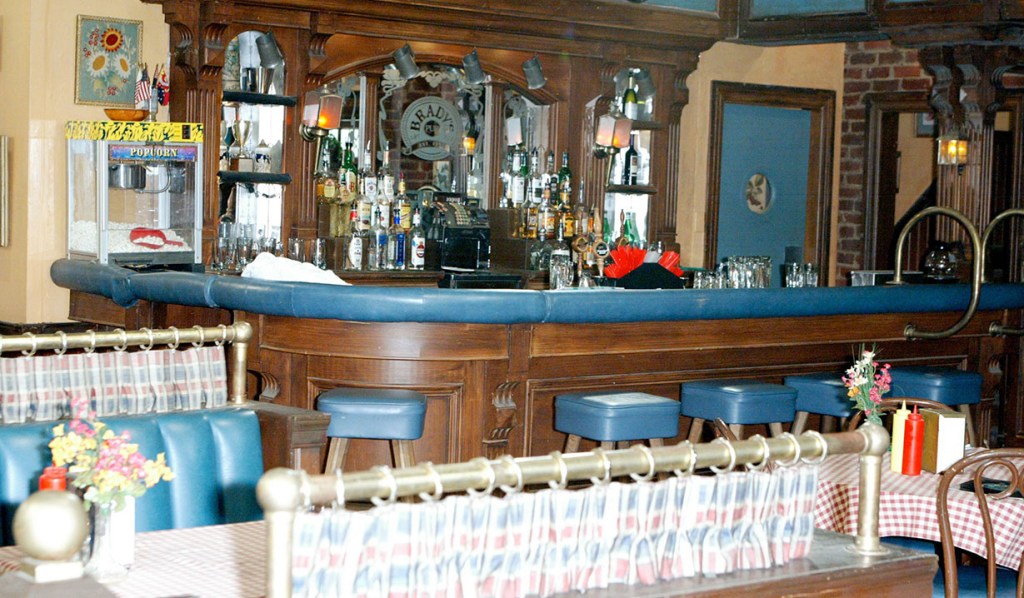