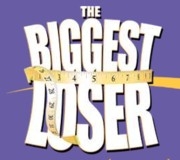 Word has it at Caroline Rhea of ‘The Biggest Loser’ will be leaving the show. Her replacement is to be Days of Our Lives’ very own Alison Sweeney (Sami Brady), who has overcome her own weight issues.

I read Ali’s book, All the Days of My Life (So Far)

a few weeks ago. I was impressed with her positive attitude and how she made a commitment to get fit and healthy and has maintained it over a few years and has been an inspiration to many.

In fact, I was noticing a spike in my caffeine and sugar consumption over the holidays and some of Ali's encouraging words helped motivate me to turn away from sugar and caffeine almost completely! (Thanks, Ali)

Soaps.com congratulates Ali on her continued success in battling the bulge and with her new job as host of 'The Biggest Loser'!

For those of you who asked, Ali works out to Barry's Boot Camp.

The show will air a two hour season premiere on Tuesday September 11 2007. Prepare to watch it on NBC at 8pm EST/CT.

Have you been dying to find out who the cast is going to be for The Biggest Loser? For those who are die hard 'Loser' fans, here is a sneak peek at the list of new 'Losers' for this season!

Hollie Self from Phoenix, Arizona

Check out the contestants on The Biggest Loser on NBC!

Have you been watching, or are you like me and can't seem to get to the television to watch this show? If you can't watch, why not head over to read a few great recaps here: The Biggest Loser Recaps.

Days of our Lives Greens up North...