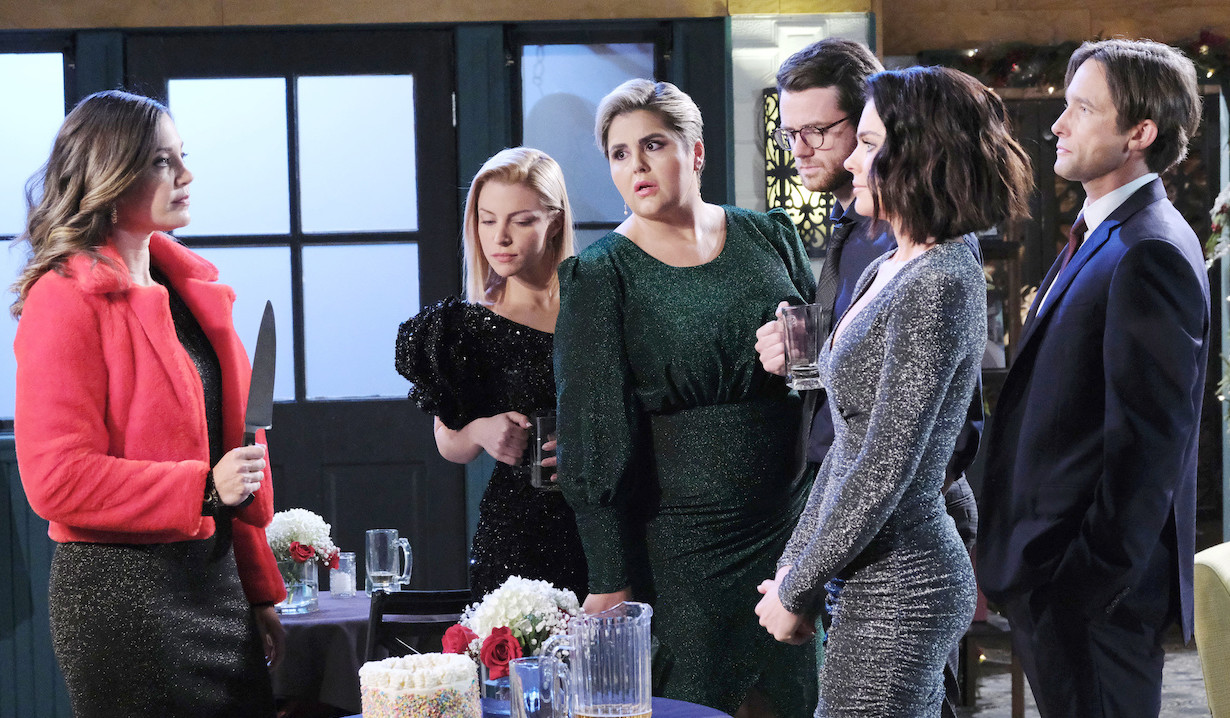 In the previous episode of the Days of our Lives digital series Last Blast Reunion, Jan kidnapped Shawn revealing the murders were part of a manuscript she was writing. Soaps.com has the recap for this week’s episode where Jan crashes the reunion after planting a bomb in her cake.

A shirtless Shawn struggles to free himself from the bed he’s strapped down to in the abandoned building. His phone rings, but it’s too far away from him to grab.

Belle leaves Shawn a message from .Com as Jan holds a knife up to her. She asks if Belle wants to do the honors and cut the cake. The group hears beeping coming from the cake. They look to Jan who is holding a detonator for the bomb she put inside it. The group cowers together as Jan explains she planted the bomb for many reasons including Mimi putting her in a coma. Jan starts to walk outside to blow them all up but is stopped at the door by an entering Jason Welles. The women scream as Philip and Kevin rush Jan and all three men grab her.

Belle rushes into the room Shawn is in to free him. She explains they disarmed Jan, who told the police where he was. Belle starts to untie him but stops because she’s turned on by him in his baseball pants. She kisses him and he jokingly calls her crazy. 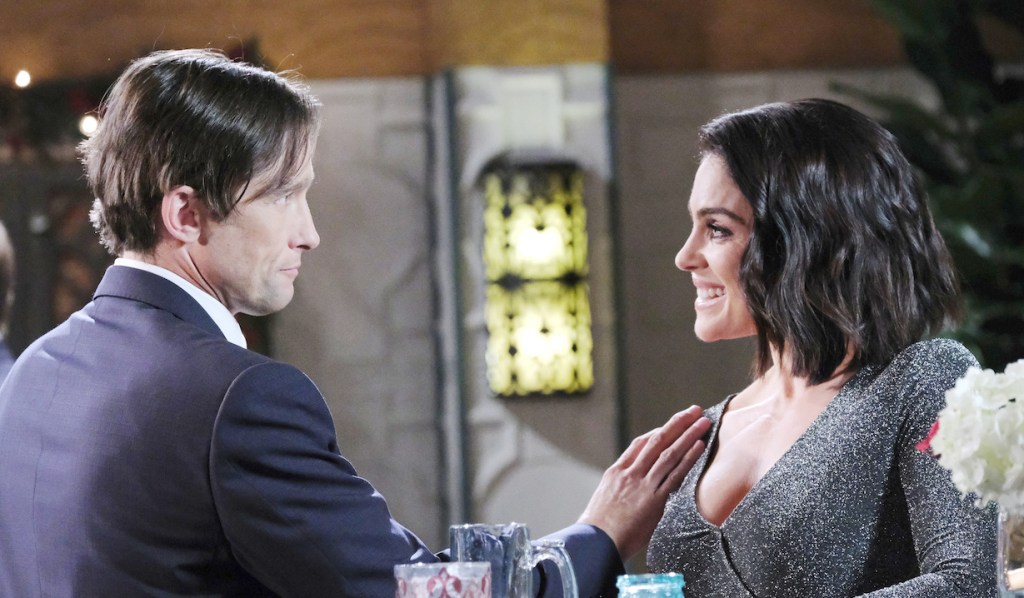 Back at .Com, Jason declares that he saved the day. Mimi and Chloe correct him that it was Philip. Kevin doesn’t think they can end the night like this and leaves to get more drinks. Shawn and Belle return to the party, as Philip and Chloe talk privately. Philip says he’d love to spend some time with her and only her. Maybe tomorrow they can go dancing. Chloe agrees but only if she can wear all black. Kevin and Susan return with beer and the group toasts to the Last Blast Crew.

<p>Jan’s message on her cake has a hidden meaning. Unbeknownst to the Crew, there’s a bomb inside it. </p>

<p>After Belle tries to call Shawn, Jan holds a knife out to Belle. She wants her to cut the cake. </p>

<p>As Jan holds a knife, the group looks at her cake. While leery of Jan, they think it looks delicious. </p>

<p>Seeking revenge Jan brings an explosive cake to the Last Blast Reunion. She taunts her former classmates with a remote device. </p>

<p>Jan threatens to blow up the Last Blast Crew. They cautiously back away from the cake. </p>

<p>After Jan has been apprehended, Philip asks Chloe out on a date. She says yes but only if she can wear black. </p>