In the previous episode of the Days of our Lives digital series Last Blast Reunion, Belle and Philip were murdered before Jan revealed herself to Shawn. Soaps.com has the recap for this week’s episode where Jan is keeping Shawn hostage.

Jan sits in a darkened room writing on her tablet. She reads the scene she wrote of Shawn finding Belle dead. She asks Shawn, who she has tied down shirtless to a bed, what he thinks of her script which she’s calling, The Last of the Last Blast Crew. She lists all the characters she’s killed off in her story including his “beloved Belle.” Shawn asks what she wants. What they all want, she responds, to be one of the cool kids again. She’s angry she wasn’t invited to the reunion, but Shawn reminds her they thought she was in a coma. It would have been nice to be asked, she retorts. She’s no wallflower though, so she decided to crash the party. Jan flashbacks back to the reunion, where she encountered Shawn as he left the bar to get more beer and she stuck him with a syringe. Jan recalls bringing Shawn to the abandoned room and tying him up so they could be together. She reminds him of the time she locked him in a cage at the cabin. Jan starts pawing at Shawn, kissing his chest and unbuckling his pants. Shawn struggles and tells her to stop. 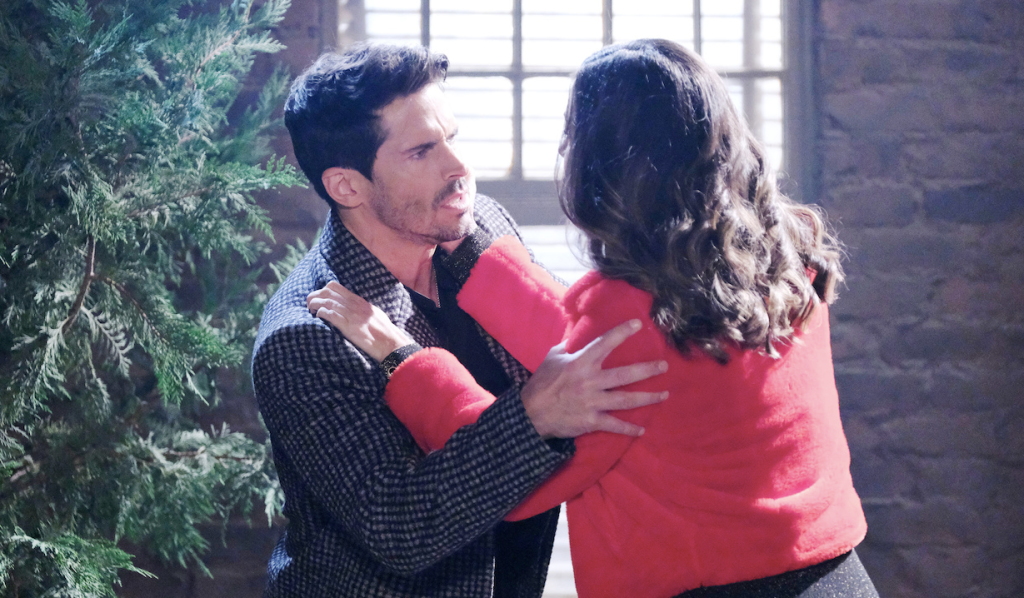 At the reunion, Belle calls Shawn to find out where he went for that beer. She leaves a message when he doesn’t pick up.

Back in the darkened room, Jan pauses her attempted rape of Shawn to text Belle from his phone saying he’s on his way back and she shouldn’t let anyone leave. Jan starts to rant how she wrote her script to process her anger, but she hasn’t received the satisfaction she so desperately needs. She saw his eyes light up when Belle called. As long as Belle’s alive, Jan and Shawn don’t stand a chance. She reveals that she made a cake with a bomb in it. She packs it up and heads out for the party, as Shawn yells after her.

At .Com, Chloe and Philip reminisce and flirt, as Belle smirks in the background. Jan walks in with the cake to everyone’s surprise. She opens the box to reveal the cake’s icing that reads, A last blast for the Last Blast Crew.