Days of our Lives’ Melissa Reeves & Husband Scott Reeves Share Precious Photo of Their First Grandchild, “There Are No Words to Explain Our Joy…” 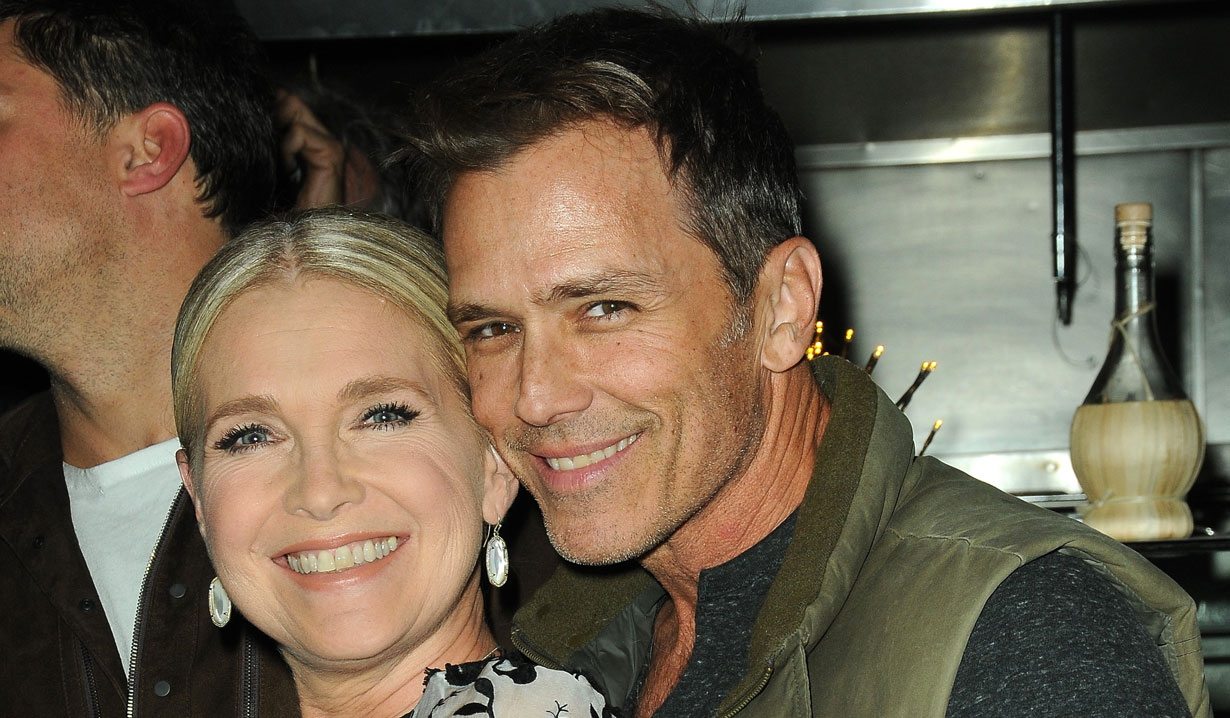 Days of our Lives actress and husband to take on new cute names.

Updated August 3: We send congratulations to Days of our Lives’ Melissa Reeves (Jennifer) and husband, General Hospital and Young and the Restless alum Scott Reeves (Steven, Ryan) on the birth of their first grandchild, a boy named Woods McClain Smith born on Saturday July 25 to their daughter Emily Smith and her husband Nate Smith. Both revealed a first photo to which Melissa expressed, “There are no words to explain our joy and gratefulness that the Lord is entrusting this bundle of sweetness to our family.” The couple’s second grandchild is due in September to their son Larry and his wife Olivia.

For you created my inmost being; you knit me together in my mother’s womb. I praise you because I am fearfully and wonderfully made; your works are wonderful, I know that full well. My frame was not hidden from you when I was made in the secret place, when I was woven together in the depths of the earth. Your eyes saw my unformed body; all the days ordained for me were written in your book before one of them came to be. How precious to me are your thoughts God! How vast is the sum of them! Were I to count them, they would outnumber the grains of sand- when I awake, I am still with you. Psalm 139:13-18 We are so blessed to say Woods McClain Smith was born July 25!!!! There are no words to explain our joy and gratefulness that the Lord is entrusting this bundle of sweetness to our family💙 psalm 139 came to mind immediately and also the thought that if you are feeling unknown, know that there is a God who created you for Himself🙌🏻🙌🏻🙌🏻🙌🏻🙌🏻 how awesome is that🙏🏻 @emily.smith.music and @nate.smith02 are so in love with their little man💙 thank you for all of your sweet thoughts and prayers for our family and getting ready for @twoandyonder grand baby number 2 in September 🙌🏻💙🙌🏻💙😘😘😘😘

On March 18, we sent congratulations to soap alum Scott Reeves and his wife Melissa Reeves (Days of our Lives, Jennifer Horton) as they awaited the birth of their first grandchild, with their daughter Emily and her husband Nate expecting, and now the couple has more to celebrate – another grandbaby on the way! Scott took to Instagram to post a sweet photo of his son Larry and wife Olivia, who just announced they were expecting their first child. Scott shared, “And just like that, another arrow in our grandquiver @missyreeves!🙌🏻🙌🏻🙌🏻🙌🏻♥️♥️♥️♥️,” along with a repost by Olivia that revealed, “We can’t hide our little secret any longer! There are no words to explain how blessed and excited we are! 💛 – BABY REEVES coming September 2020!” Again, congrats to the whole family!

Yes, it’s true! We are so excited to officially take the names Sweet Mama(@missyreeves) and Papa G(me)! Congrats to our amazing kids, @nate.smith02 and @emily.smith.music! We love you guys and can’t wait to meet the next generation! #godissogood #blessed “For this child I prayed, and the Lord has granted me my petition which I asked of Him.” 1 Samuel 1:27 Train up a child in the way he should go, and when he is old he will not depart from it.” Proverbs 22:6

Back on January 6, we sent Days of our Lives actress Melissa Reeves (Jennifer Horton Deveraux) and her husband soap opera alum Scott Reeves (General Hospital’s Steven Webber; Young and the Restless’ Ryan McNeil) congratulations on the news the couple announced over the weekend. Both posted separate photos with captions on social media to share with the world that their daughter Emily Smith and her husband Nate Smith are expecting their first child, making this the first grandbaby for the Reeves.

And baby makes 3💕❤️ baby smith ❤️ July 2020❤️ Behold, children are a heritage from the Lord, the fruit of the womb a reward. Psalm 127:3. ❤️ @scottreevesforreal and I are so darn excited!!!! Getting our papa G and Sweet Mama hearts ready for our first grandbaby❤️❤️❤️

The Days of our Lives star shared, “And baby makes 3💕❤️ baby smith ❤️ July 2020❤️ Behold, children are a heritage from the Lord, the fruit of the womb a reward. Psalm 127:3. ❤️ @scottreevesforreal and I are so darn excited!!!! Getting our papa G and Sweet Mama hearts ready for our first grandbaby,” while her husband chimed in, “Yes, it’s true! We are so excited to officially take the names Sweet Mama(@missyreeves) and Papa G(me)! Congrats to our amazing kids, @nate.smith02 and @emily.smith.music! We love you guys and can’t wait to meet the next generation!”

And just like that, another arrow in our grandquiver @missyreeves!🙌🏻🙌🏻🙌🏻🙌🏻♥️♥️♥️♥️ #Repost @olivia.reeves_ with @get_repost ・・・ We can’t hide our little secret any longer! There are no words to explain how blessed and excited we are! 💛 – BABY REEVES coming September 2020!

The young couple married in October 2018. In May of that same year, Melissa Reeves thanked her soon-to-be-son-in-law for his service… Emily’s husband Nate had been in Iraq serving with the United States Army. Melissa and Scott Reeves have been married since March 23, 1990 and also share a son Lawrence David Reeves. In 2018, they opened their family business Revival Roast Co. on their Nashville farm in their home state of Tennessee. They’ve described themselves as ‘third wave coffee roasters’, which Scott explained in an April 2019 interview on Pickler & Ben, “First wave, which is coffee we grew up on… the second wave was like the Starbucks… and then along came third wave… there’s a way to brew it, a pour over method… the purest way to do it.” Feel free to watch the full interview below and again, all the best goes out to the Reeves and the Smiths during this special time!

Take a look at our gallery of other Days of our Lives real-life couples and sign up for Soaps.com’s newsletter for daily scoops sent to your inbox.

Days of our Lives Spoiler: Allie...

Ed Waisbrot: 5 Things To Know About The Bold ‘Bachelorette’ Contestant

Grey's Anatomy Eyes Shortened Season Due to COVID — But How Short?