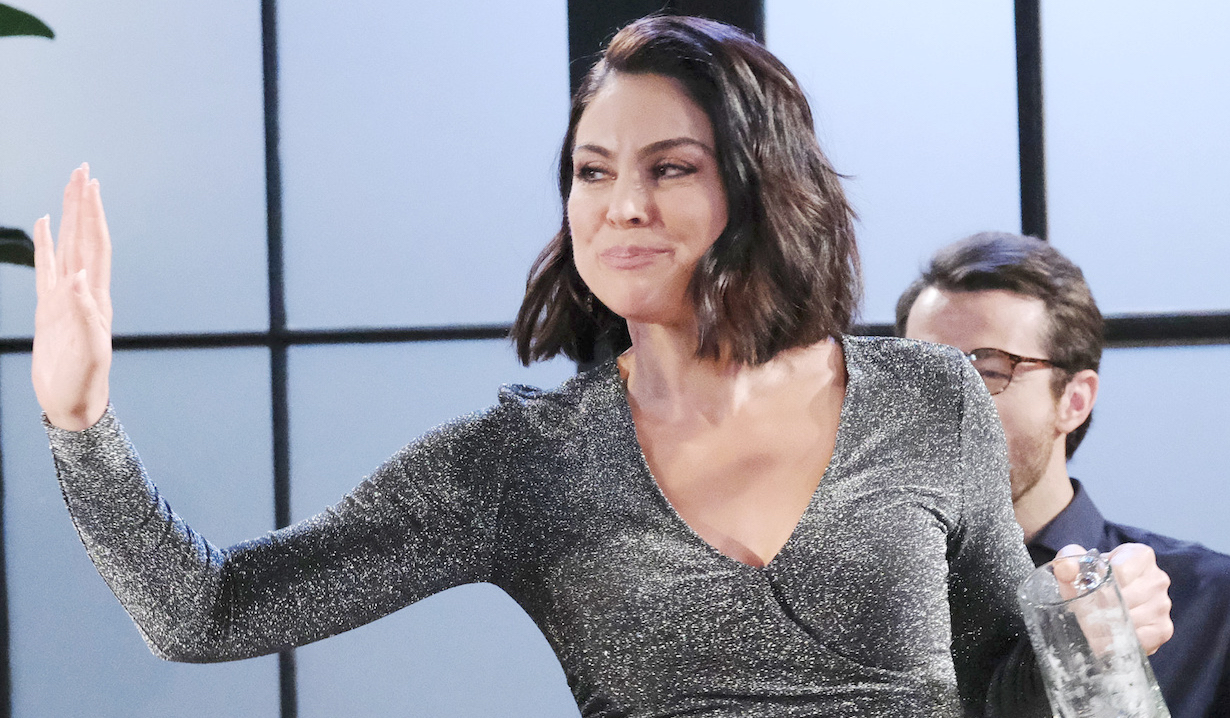 Reminiscing goes from flirty to deadly for the Last Blast Crew.

In the previous episode of the Days of our Lives digital series Last Blast Reunion, someone watched the crew catch up, while old rivalries and hurts resurfaced. Soaps.com has the recap for the most recent episode where Mimi does her best to come between Philip and Chloe, and Kevin’s in danger.

Someone watches form outside .Com as Susan pulls out photos from high school inside the cafe. Philip takes Chloe aside to look at a photo of them at the Last Blast Dance. She points out he only took her to the dance because he lost a bet to “that 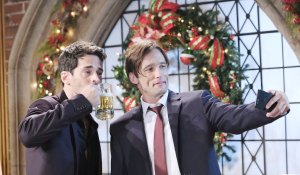 bully Jason.” Philip admits it wasn’t his finest moment, but reminds her she surprised everyone when she took off her black cloak to reveal that stunning red dress. Philip recalls seeing her for who she really was for the first time. Mimi interrupts their lingering looks to suggest Chloe go get another case of beer. Shawn offers to get it instead. Before he leaves the room, Belle stops him and they look at their old photos. He calls himself a dork, but she playfully says he’s her dork. He asks, “Am I still?” She answers by pulling him in for a kiss. Chloe walks over to Belle after Shawn walks off. Chloe grouses Mimi only asked her to get beer because she was talking to Philip. Belle smirks as she asks what that was all about anyway. Chloe says they were just reminiscing. Belle teases her and notes how good Philip looks, adding, “You’re single. He’s single…” Chloe points out they don’t know that for sure, so Belle says they need to find out. Chloe wonders why she’s pushing this. Belle just wants her to be happy. The women laugh as Chloe and Philip lock eyes.

After a few more beers, the group agrees they need to see each other more than once every decade. As Chloe puts on her coat, Philip jumps up to help her and asks her to get a nightcap. Mimi approaches and interjects, “I’d love to.” Philip asks if 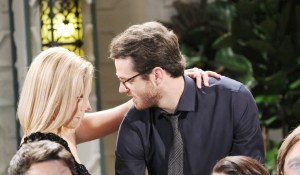 anyone wants to join them. Kevin has to lock up but tells everyone else to go. Susan passes because she’s been having horrible migraines. When Philip asks Belle, Shawn asks her to take him back to the hotel because he had a long flight. They all hug and go their separate ways. While Kevin cleans up alone he sees a photo of the whole Last Blast Crew. He wonders who took that one. Someone with black gloves on enters. Kevin’s eyes widen. He says, “It’s you.” The person raises a knife and plunges it toward Kevin.

Days of our Lives to Air in the...