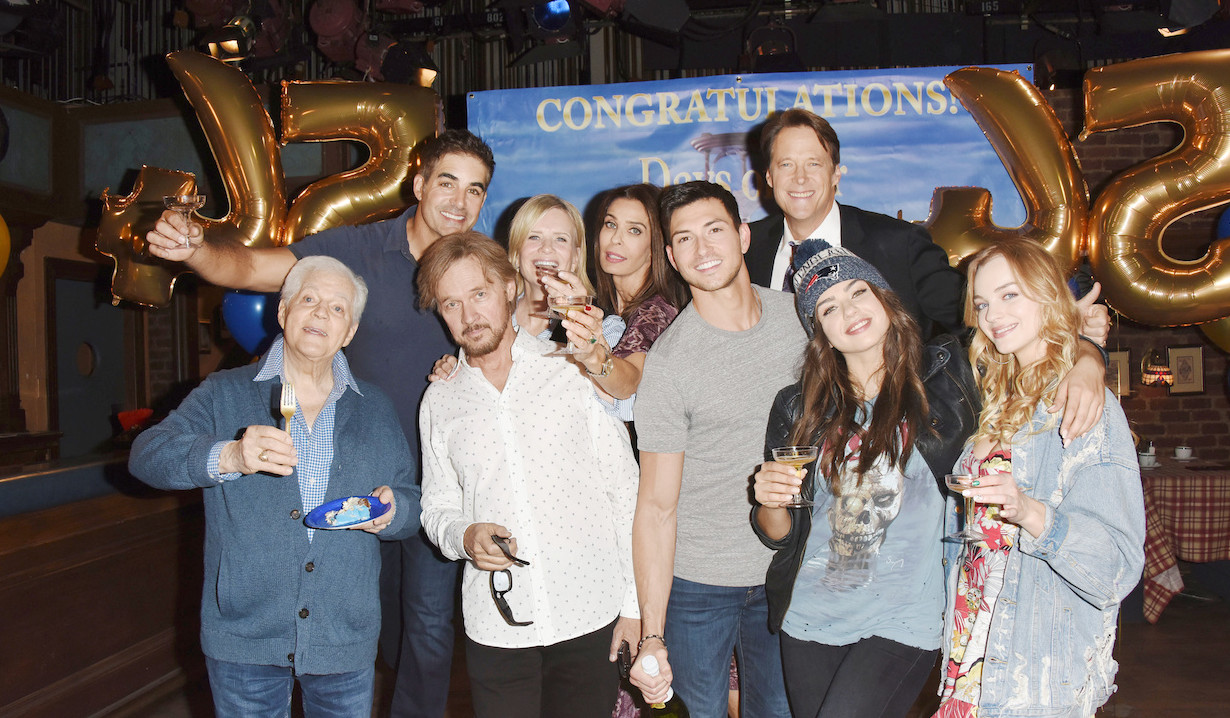 NBC soap opera extends its reach in the United Kingdom.

According to Metro, Days of our Lives is heading overseas. The NBC soap opera will begin airing on the Sony Channel in the United Kingdom in 2020. They won’t be going back to the very beginning, however. Instead, British viewers will begin with Days of our Lives’ New Year’s Eve episode from 2018 where Vivian Alamain (then played by Louise Sorel) returned to Salem to introduce her surprise son Stefan O. DiMera (then played by Tyler Christopher). The mother/son duo shocked everyone who was gathered at Doug’s Place to ring in the New Year by announcing Stefan was Stefano DiMera’s son. Elsewhere in the episode, a still amnesiac Will Horton (Chandler Massey) kissed Paul Narita (Christopher Sean), Eve Donovan (Kassie DePaiva) and Brady Black (Eric Martsolf) made out and Eric Brady (Greg Vaughan) and Jennifer Horton (Melissa Reeves) looked forward to an improved 2018. Days of our Lives will begin airing with season 53 in the United Kingdom on January 20, 2020.

This isn’t the first time the United Kingdom has aired Days of our Lives. It appeared on CBS Drama from 2007 – 2010, Channel 5 from 2000 – 2001 and Sky Soap from 1994 – 1999. In addition to the United Kingdom, the Salem set soap opera has enjoyed other international airings over the years. It is a mainstay in Canada, along with the other three United States soap operas – Bold and Beautiful, General Hospital and Young and Restless – but Days of our Lives has also aired in Australia, New Zealand, Greece, Italy, Germany, France, Finland, and Turkey.

Though loyal fans were given a scare with the recent announcement the entire cast was taken off-contract, Days of our Lives was renewed for a 56th season in November. The news came as the show created buzz by launching a “never before seen in daytime” time jump. Excitement is further being created with the Days of our Lives digital series, on the DOOL app, now in its third chapter. The most recent installment, titled Last Blast Reunion, focuses on fan-favorite characters Belle Black (Martha Madison), Chloe Lane (Nadia Bjorlin), Shawn Brady (Brandon Beemer) and Philip Kiriakis (Jay Johnson).