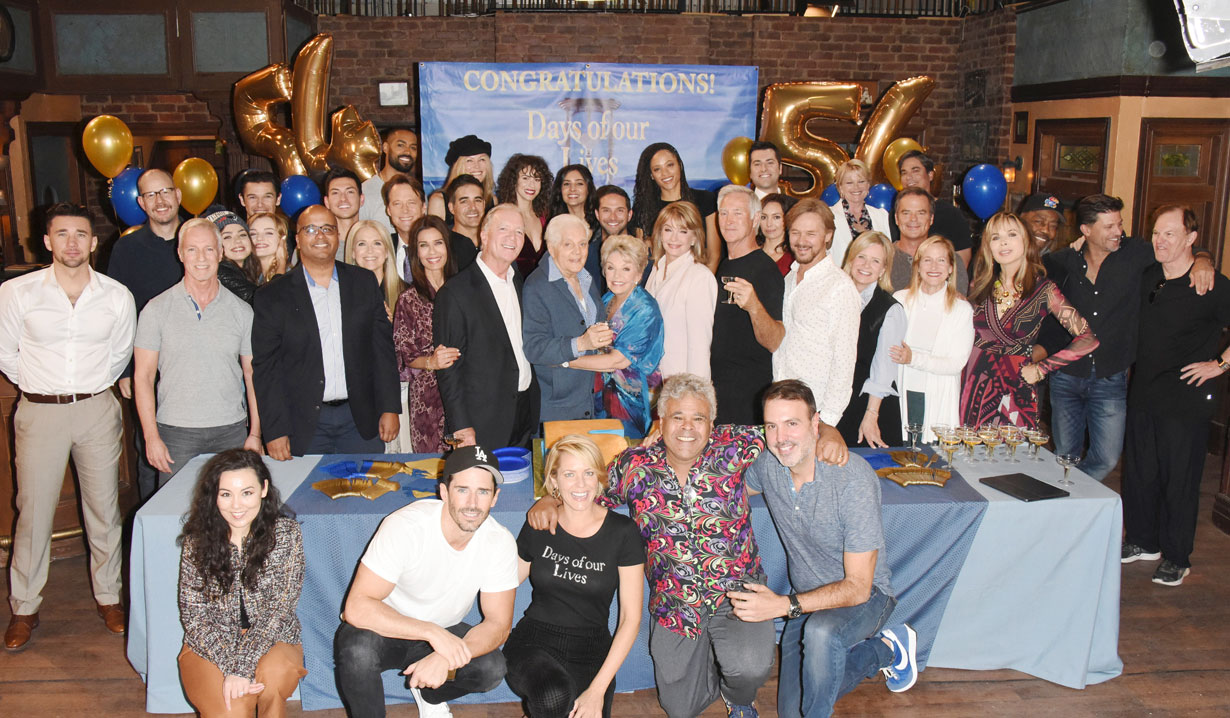 Are Days of our Lives fans worried when there is no reason to be?

Yesterday Soaps.com reported that Days of our Lives was going on hiatus and the entire cast had been released from their contracts. In spite of the initial report from TVLine stressing Days of our Lives had not been canceled, we reiterated NBC, Corday Productions and Sony Television were entering contract negotiations to keep the 54-year-old soap opera on air. Due to its advanced taping schedule, there are eight months of shows in the can which are ready to air through September of 2020. The show is simply pausing their taping schedule, which not only saves money on production costs and overhead for the usage of the studio, but it allows them to catch-up to a more traditional schedule. The issues that Days of our Lives faced were that spoilers were leaking well in advance, leading to viewers becoming disinterested. Casting notices showcasing major returns meant there was no reason to tune in, no surprise. Social media slip-ups from the actors also resulted in eagle-eyed fans noticing big spoilers, such as the return of Matt Ashford as Jack Deveraux months before it happened on air. More recently came the tip-off that Brandon Barash (Stefan O. DiMera) is returning and that Jay Kenneth Johnson (Philip Kiriakis) may be returning. Moving closer to a more traditional taping schedule will only help the show in the long run by keeping viewers tuned in, not only with its budget but keeping a lid on upcoming plots. There were concerns over the last few days that much of the audience wasn’t getting the full story since many only read the headlines and jumped to the conclusion that the show was canceled and all actors were fired.

Fan reaction to the news and some of the misinformation has been strong, to say the least. One reader Mischelle on Facebook lamented, “I’m not surprised the top dogs follow these fan sites and there is enough complaining on there that maybe they are having second thoughts…who knows…but I will continue to watch till the end…” Others elsewhere have echoed this interpretation of the news as more of a sign of the show’s quality than anything else. Patty commented on our article about the hiatus that, “I have been watching Days since 1968. I am not happy that Adrian is dead by Will, Ben is in jail for Jordon, Haley is dead for whatever reason and to think Kayla and Justin are together is Absurd. Bad move Days!!! My heart is broken.” Facebook reader Mike chimed in with lack of shock, “Not a surprise this soap has been a disaster for some time now why is it still on the air?”

Another Facebook reader Debra pointed out, “In my opinion, everyone has to continue to watch and support show. If ratings improve and it does not drop because of this announcement. Then NBC will more than likely renew show but it has to be supported for it to stay on the air. Because it is up for renewal let’s hope it does work out so Days will be back!” In our article CSquared also took a more logical approach to the news, stating “I thought I had heard this was to help close the gap between filming and what is on air. Maybe they were taken off contract as a way to avoid paying the actors, in an attempt to save money during the hiatus.”

More: Reflecting on Days actors, characters of the 70s

Still, others like Dana immediately became disheartened and jumped the gun, “Hate this!!!!! For what?? Another talk show??? Another reality show??? Sick of it!!!! I miss As The World Turns and Guiding Light too! Don’t be done with one of the last remaining soaps.” Others echoed Dana, interpreting the headlines a money move by NBC, which has already canceled numerous shows and replaced them with extended hours of its TODAY programming and syndicated talk shows which cost them little money. Reader Gekko repeated this train of thought in a comment on our article stating, “I suspect we will either wind up next fall with a fifth hour of TODAY or a new afternoon version of TODAY or a syndicated program that airs mainly on NBC stations.”

Many it seems simply read the headlines, disregarded the article content, and thus assumed the worst. Certain other reporting agencies may to be to blame, as they’ve reported the news with a negative spin and with tantalizing headlines playing on the fears of soap fans. Facebook reader Bethany pointed this out by telling others, “Read the article folks ! It hasn’t been cancelled.. just in negotiations to renew!” We live in an age where news stories and posts get re-Tweeted and shared on Facebook, even before the content is read or fact-checked, leading to the spread of misinformation and the rise of websites such as Snopes. Twitter’s 140 character content limit pushes keeping the information short and sweet, and Facebook posts of about 70 characters or less are more likely to be shared than longer ones.

Other fans have taken to social media with a more optimistic outlook, refusing to believe NBC will cancel the soap, and many pointed out the news got Days of our Lives trending on Twitter. It’s like the old saying goes, there is no such thing as bad publicity. Soap fans are resilient and will fight for their shows and the actors they love. Case in point, when Daniel Goddard was first fired from Young and the Restless years back, Y&R fans hired a banner plane to fly over the studio to support him. Days of our Lives fans are also ready to fight for their soap.

Let us know your thoughts on the news and tell us how long you’ve been watching and if you’ll keep tuning in no matter what.

#DaysOfOurLives might be done after 55 years…or it will disappear for 20 years and come back claiming it had amnesia the whole time #Days pic.twitter.com/fz0RS31Dgv

The show is not getting cancelled. Please don’t worry.

Instead of writing something clarifying the article that basically had #Days canceled and all the actors fired, TMZ decides to double down with this “remembering the cast” foolishness 🙄

So basically it’s a calculated business risk. All contracts are with Corday. Days is in negotiations with Sony and NBC. Apparently NBC wants the show to continue. If the show is renewed, new contracts can be offered at a lesser rate. Still…holy shit though. #DAYS

#Days really is that show fighting for survival. The web series. The time jump. Bringing old favorites back and trying to put new spins in them. Romance! I give that entire cast and crew credit. And I think it shows soaps aren’t always stuck in the past like so many believe.

Days of Our Lives is trending!!! Soaps still matter. Please support by watching and pass the word. #DAYS 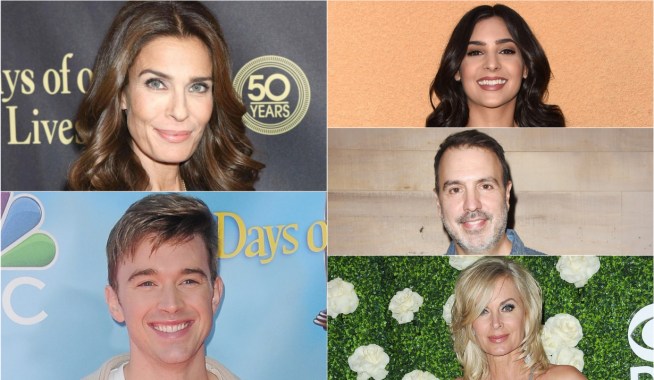 The Horton Family and Their Connection to the Rest of Salem 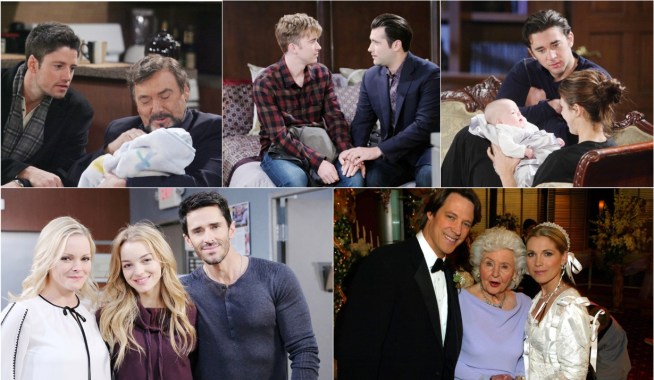