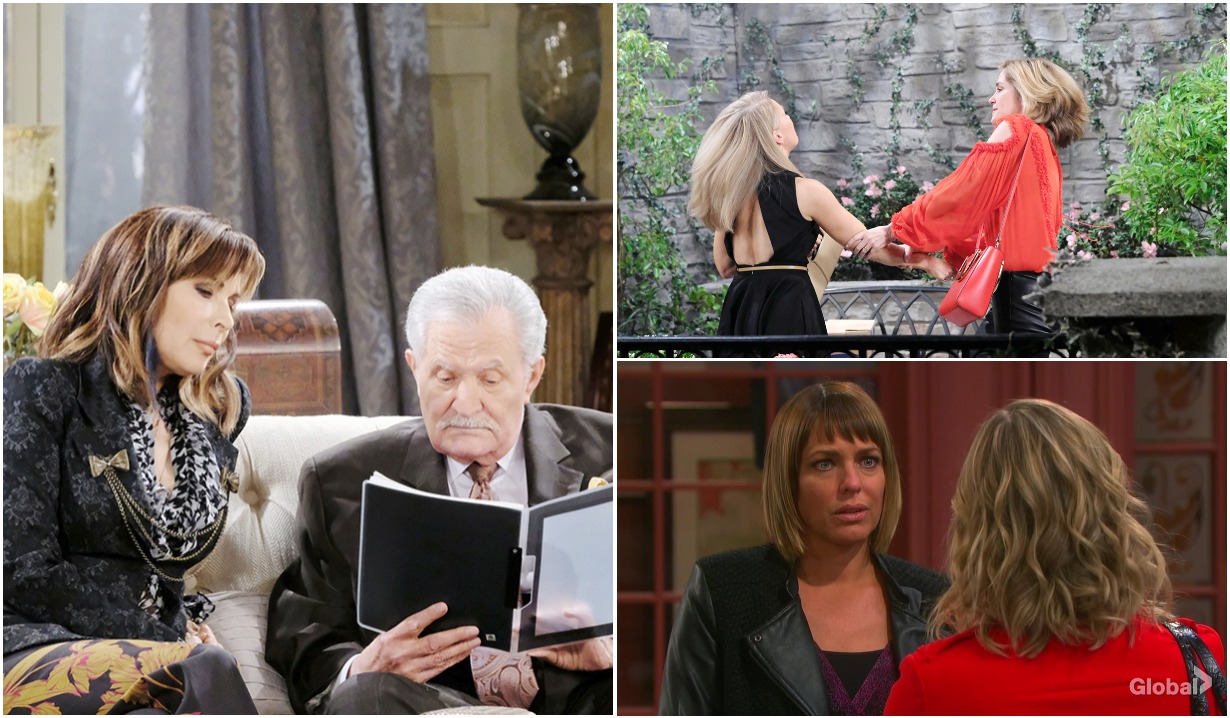 As the continuous feud of Lani Price (Sal Stowers) and Gabi Hernandez (Camila Banus) heats up, Soaps.com revisits other shocking Days of our Lives feuds that kept our heads spinning with drama.

Kate Roberts (Deborah Adair/Lauren Koslow) landed in the orbit of Victor Kiriakis (John Aniston) when he hired her to run Titan Publishing. It wasn’t long before they mixed business with pleasure. Victor would only marry Kate if she conceived an heir. Meanwhile, Vivian Alamain (Louise Sorel) also wanted Victor. After having trouble conceiving, Kate visited a fertility clinic. Vivian had Kate’s embryos implanted in her and also tricked Victor into marrying her. Vivian got rid of Kate temporarily by causing a plane she was on to crash.

Kate returned to Salem, seeking revenge. When Victor suffered a stroke, after finding out what Vivian had done and Kate took over Victor’s empire. Kate and Nicholas Alamain (Victor Webster) had a torrid affair, but after he left town, she tried to get Victor to marry her again. 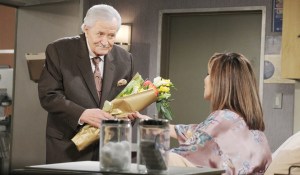 That plan blew up after she was caught conspiring with a mob boss to kill Victor.

Victor meanwhile, realized Kate’s plan and escaped. Kate tried to murder him again by setting the house on fire and going after him with a fire poker. Victor turned the

tables on Kate, leaving her destitute and forced to work at a diner.

Recently, the two united as Victor hired her as a Titian executive. But Kate left Titian to head up DiMera Enterprises. After she was unexpectedly replaced at DiMera, Victor offered Kate the Titan CEO position. Just after Kate accepted the offer, Victor revoked it, and the two reverted to the relationship they know best – foes.

Early feuds included Nicole getting involved in Lucas’ (Bryan Dattilo) and Sami’s custody battle for their son, Will. But the core of Sami and Nicole’s rivalry was over Nicole stealing Sami’s baby. 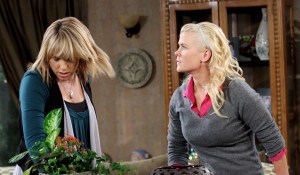 Although Sami and EJ (James Scott) were in a love triangle with Lucas, Nicole and EJ also had an attraction. They eventually developed feelings for each other.

Sami got pregnant and so did Nicole with EJ’s child. She miscarried and figuring she would lose EJ, kept up a fake pregnancy ruse. She then switched Sami’s baby girl (Sydney) with a baby (Baby Grace) she bought from a pregnant teenager, Mia McCormick (Taylor Spreitler). Baby Grace died and when the truth came out, Nicole stole Sydney and went on the run. The saga ended with an epic soap slap from Sami to Nicole.

Currently, Nicole is harboring a secret – the fact that Sarah Horton (Linsey Godfrey) is pregnant with love of her life Eric’s (Greg Vaughan) child.

Jennifer (Melissa Reeves) and Eve (Kassie DePaiva) have been rivals since they were teens. Their feud began when Eve competed with Jennifer for Frankie Brady (Billy Warlock), but that ended with Frankie leaving Salem.

The women moved their attention to Jack Deveraux (Matthew Ashford). Jack, although in love with Jennifer, married Eve for money so he could save his newspaper The Spectator. The marriage was soon annulled and eventually Eve reunited with Frankie and the couple left town. A single Eve returned years later, reuniting with her daughter Paige (True O’Brien), who was dating Jack and Jennifer’s son JJ (Casey Moss). 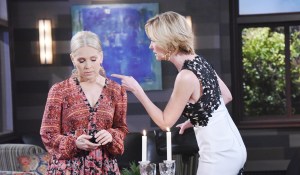 Eve wanted to turn Jack’s new book into a movie for profit, but Jennifer fought Eve in court and Eve was forced to settle. Eve then plotted to break Paige and JJ up, but in a twist, Eve and JJ ended up having an affair much to the horror of Jennifer.

Eve briefly left town and located thought-to-be dead Jack Deveraux suffering from memory loss. Eve convinced him to marry her and helped Jack launch and win a campaign for mayor. Eventually, Jack got his memories back and divorced Eve, reuniting with Jennifer. 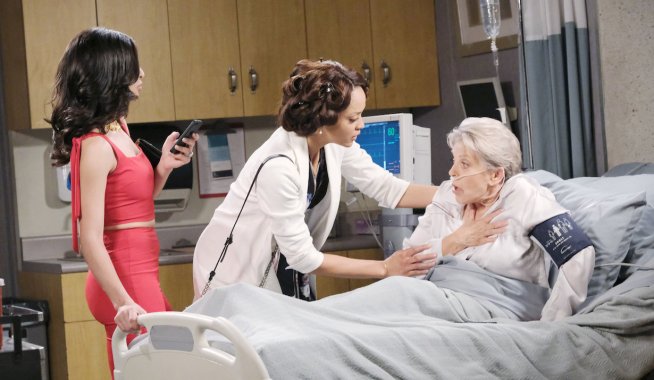 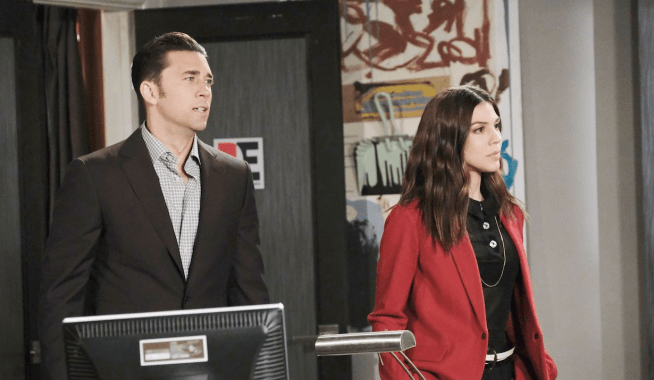