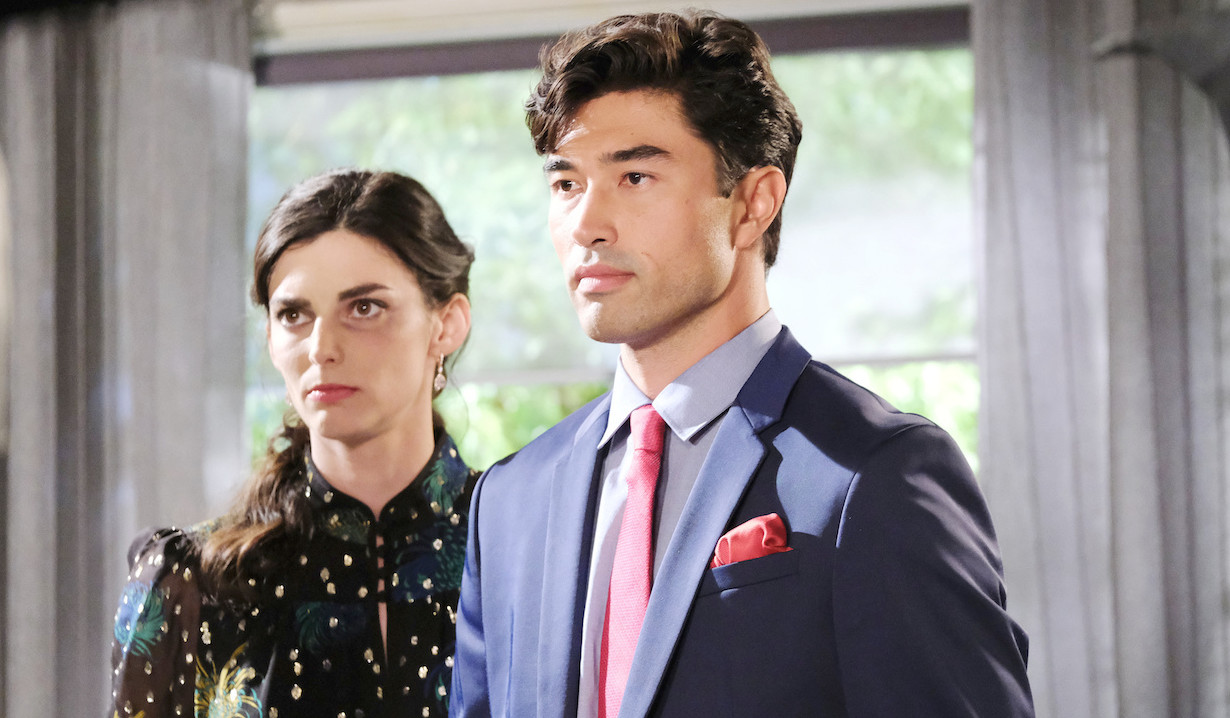 Last week on Days of our Lives’ digital series, Chad & Abby in Paris, Abby punched Juliette, who made plans to further her sabotage. Soaps.com has the latest recap where the DiMeras meet Mr. Shin’s son Li.

After Abby drops the kids off at a sitter’s place she returns to the apartment. She finds Chad sleeping on the couch still nursing his hangover from Juliette drugging his drink. Chad gets a call from the doctor who says the lab tests were inconclusive. The doctor thinks it was too late to detect any drugs in his system. Abby says, “Now we have no proof that Juliette drugged you.” All that matters to Chad is that Abigail believes him. She says she does but doesn’t look entirely convinced. Chad gets up to go to the office so he can fire Juliette. Abigail says, “Not without me you’re not.”

Sylvie and Juliette get word from security in their office that Chad and Abby are on their way up. Juliette is glad Abigail will be there to witness her husband’s downfall. As soon as Chad and Abigail enter, Chad fires Juliette. She reminds him he needs the board’s approval, but Chad thinks once Shin knows what happened it won’t be a problem. A man walks in and says, “He 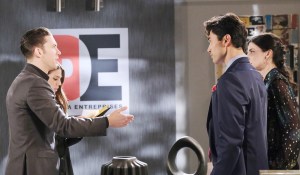 already knows.” Juliette introduces the man as Li, Mr. Shin’s son and the newest member of the DiMera board. Li chastises Chad for blaming the victim. Chad and Abby are flabbergasted, but Shin has photographs from that night. Chad recounts what really happened – that Juliette drugged him and put him in her bed. Li asks if he has any proof of that. Chad admits the hospital didn’t find any trace of drugs. Chad demands to know what exactly Juliette is accusing him of. Juliette angrily tells him he came to her studio uninvited, became belligerent after too much wine and hit her when she tried to rebuff his advances. Chad and Abby are outraged and deny the accusations. Li asks how Juliette got the blackeye then. Abby explains she hit her, but Chad doesn’t think that’s helping. Li asks Sylvie what she knows. Sylvie backs up Juliette’s story. Abby points out the smile on Juliette’s face in the photos to Li, but Juliette claims Chad ordered her to take the photos including others that were so embarrassing she had to delete them. She was afraid if she didn’t please him, Chad would hit her again or worse. Li can’t ignore the evidence and removes Chad as head of the office effective immediately. Abigail gets in Juliette’s face. She hopes she remembers this as a moment she could have changed things and she didn’t. Li ends the discussion and asks Chad to leave or he will have security escort him out. Chad says this isn’t over and they exit. Juliette and Sylvie smirk at each other. 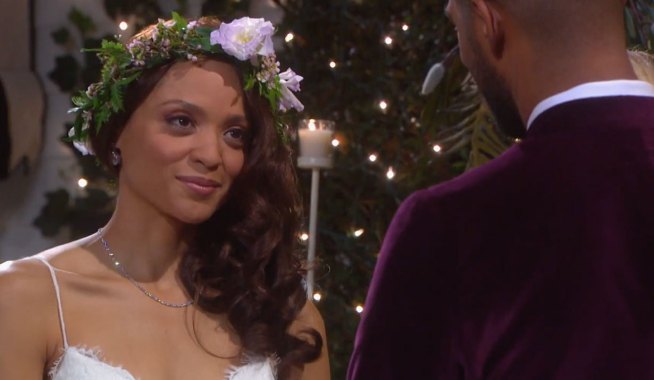 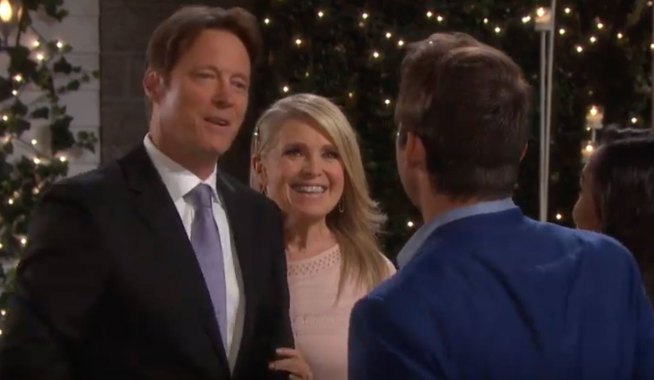