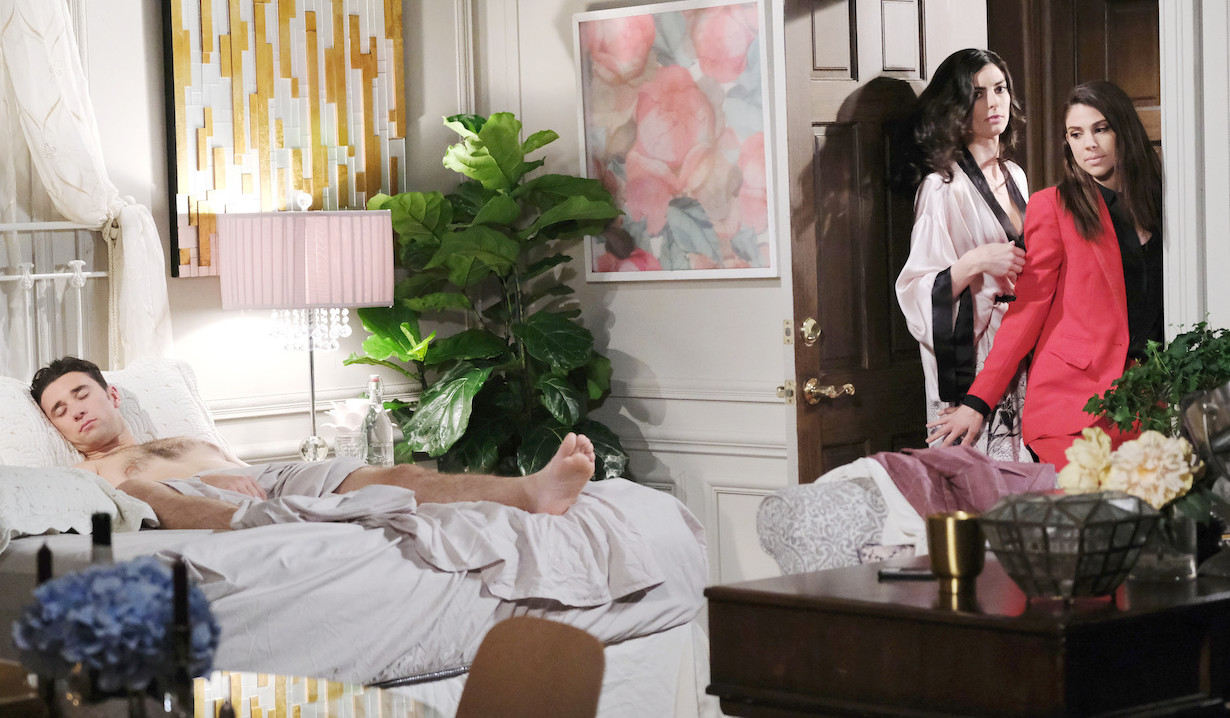 Last week on Days of our Lives’ digital series, Chad & Abby in Paris, Juliette put her plan to snag Chad in motion after Chad and Abby enjoyed a romantic morning at home. This week, Soaps.com has the recap of episode 5 where Abby reconnects with Jack on the phone and then finds Chad in Juliette’s bed.

Abby talks with Jack on the phone about Gabi and Julie as she folds clothes in her apartment. Before they hang up, Jack tells his daughter how much he hated their last face to face meeting. He wasn’t himself. Now that he has his memories back, he will never forget how glad he is to be her dad. They exchange ‘I love yous’ and he asks if everything is okay in Paris. She admits she had an issue with Chad’s employee but it’s handled. After they hang up, Abby tries to get Chad on the phone. When he doesn’t answer, she heads out. 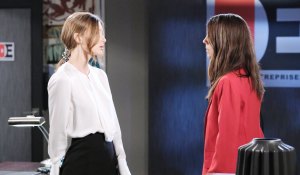 Abigail enters Chad’s darkened office to find Sylvie, who says she doesn’t know where Chad is. Abigail urges her to tell her what she knows. Sylvie admits Chad went to Juliette’s place. Abby says, “I’m going to need that address.”

More: Are Chad & Abby headed for a breakup? 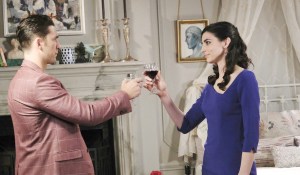 Chad angrily knocks on Juliette’s door. He accuses her of sabotaging his company. The London guy she sweet-talked into signing the acquisition is withdrawing his approval which could tank the deal. She asks what changed his mind. He spits out that someone told him Chad wasn’t being totally honest with him. Chad knows it was her. She admits it because there is a price to pay for leading someone on and making them look foolish. He’s sorry if he made her think he was interested, but he is devoted to his wife. This deal is important though. It could cost several people their jobs. Why would she do this? She responds that while he has apologized, Abigail came to the office to embarrass her. Chad won’t apologize for Abby defending their marriage. Juliette isn’t the first person to try and come between them. Juliette admires Abby for protecting what’s hers. Juliette makes a call to fix the London issue and then proposes a toast to closing the deal. Chad passes because he doesn’t like the way she does business. That’s why she’s resigning, she says. They are incompatible. He thinks that’s for the best and they toast. She says, “To getting what we want.” Later, Juliette opens the door in her robe to Abigail, who sees Chad lying passed out and naked in bed. 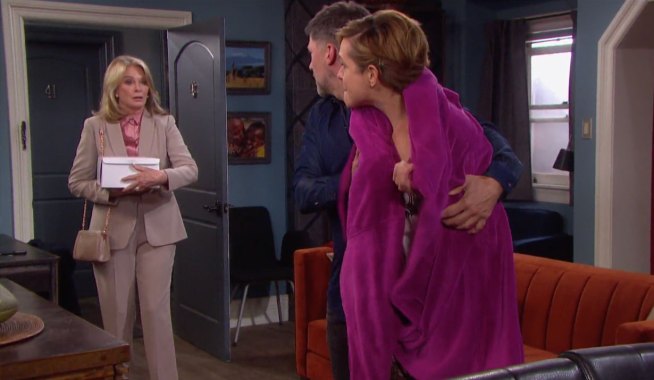 Days Spoiler Video: Marlena Walks In on Eric and a Half Naked Nicole

Revisiting Stefan O. DiMera As He’s Killed Off Days of our Lives 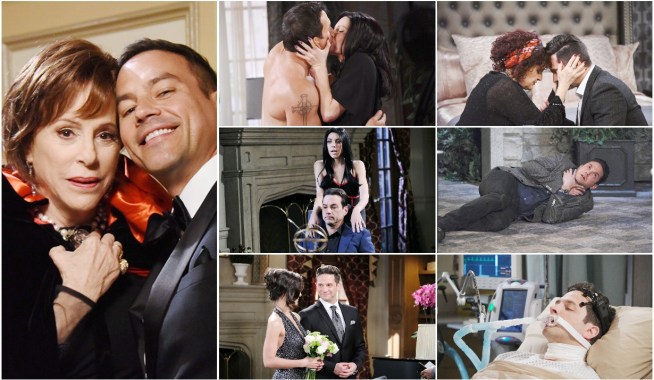