Revisiting Stefan O. DiMera As He’s Killed Off Days of our Lives 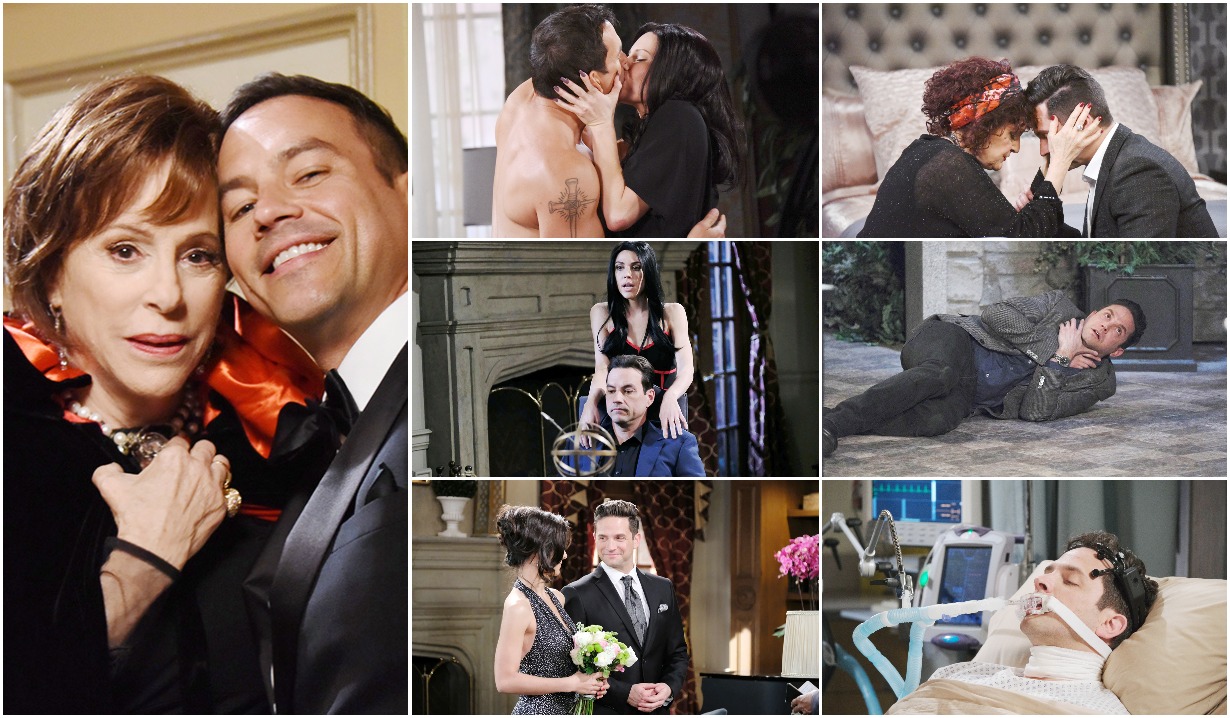 When the never-before-heard-of son of Stefano DiMera (Joseph Mascolo) and Vivian Alamain (Louise Sorel), Stefan O. DiMera (Tyler Christopher) arrived in Salem, viewers expected a thrilling ride with the latest incarnation of DiMera and that’s what they got. As we say goodbye to Stefan DiMera this week, Soaps.com revisits the character’s twisty Days of our Lives history.

Stefan first appeared New Year’s Eve 2017 when he and legendary villain, Vivian Alamain (Louise Sorel) made a shocking entrance at the DiMera New Year’s Eve party. Salemites were astonished as Vivian introduced him as “Stefan Octavius DiMera” explaining that he was her long-lost son with Stefano DiMera, a son Vivian claimed Stefano never knew and that she only met the year previous. According to Vivian, Stefan was conceived when Stefano was posing as Rudolpho Meradi trying to steal Vivian’s ruby. Ivan (Ivan G’Vera) told Vivian (his ‘Madame’) that the baby was stillborn but raised as Sam Maitlin who grew into a cutthroat corporate raider. Stefan learned the identity of his mother when he confronted Ivan, who admitted to the cover-up.

Stefan felt the DiMera legacy belonged to him – not to share with his newfound brother Chad DiMera (Billy Flynn). DiMera Enterprises would not be the only thing of Chad’s Stefan coveted. Immediately drawn to his brother’s wife, Stefan tried unsuccessfully to bond with Abigail Deveraux (Marci Miller) until she had a mental break after killing Andre DiMera (Thaao Penghlis) in self-defense. The murder traumatized Abigail and she developed Dissociative Identity Disorder. Stefan realized Abigail had DID and had two alternates, Gabby and Dr. Laura. The fiery passionate alt, Gabby, was drawn to Stefan and they soon fell in love.

After Stefan and Gabby got very close, they made love for the first time. Chad caught them and beat Stefan unconscious. As he recovered in the hospital, Abby was able to work on integrating her personalities.

After Abigail’s personalities were integrated, Stefan mourned the loss of Gabby. During this time he heard a gunshot in the mansion and found Kate Roberts (Lauren Koslow) standing over Vivian’s dead body. Stefan vowed revenge against Kate by targeting Dr. Kayla Johnson (Mary Beth Evans).

Steve Johnson (Stephen Nichols) had gone blind and Kayla agreed to get the dirt on Kate if he would give Steve a bionic eye being developed by a recently acquired DiMera company. Desperate, Kayla learned that Kate took over for Vivian by working with conman Leo Stark (Greg Rikaart) to ruin Sonny Kiriakis’ (Freddie Smith) position at Titan Industries. Stefan blackmailed Kate with this, requesting information on Chad, who had started working for Titan.

When Stefan learned that fully integrated Abigail was pregnant, he demanded Kayla give him sensitive information from her patient files.

Gabi was out for revenge because Stefan and the alter Gabby had sent her to prison. When she got out of prison, Stefan offered her job back. Gabi agreed and plotted against Stefan and Abigail by changing the paternity of Abigail’s baby from Chad to Stefan. She ‘accidentally’ showed Stefan the altered test and told him that Abigail was getting an abortion. Stefan convinced Abigail not to go through with the abortion as Gabi also made it appear as though Abby had not integrated. Following the birth of Abigail’s daughter, Chad had Abigail committed. Abigail later pretended to be Gabby to convince Stefan to release her, after which, she divorced him and discovered Gabi’s machinations. Stefan was crushed and declared war on Gabi.

The story of Stefan took a turn when Tyler Christopher departed the show on March 20, 2019. Brendan Barash was recast in the role and made his first on-screen appearance March 22.

NuStefan, while still plotting his revenge against both Kate and Gabi, became smitten with Chloe Lane (Nadia Bjorlin) and invited her to stay with him in the DiMera mansion for protection from the Mexican cartel. Meanwhile, he was having sex with Gabi. Chloe dumped Stefan when she found out. Gabi wound up getting her revenge on Stefan by seducing him and marrying him and kicking him out of his company and house. After being trapped in the DiMera tunnel by Stefan’s sister Kristen DiMera (Stacy Haiduk), Stefan and Gabi finally confessed their love for each other. But harmony doesn’t last long in soaps. After being falsely accused of the murder of Ted Laurent (Gilles Marini), Kate was named head of DiMera Enterprises. Once released, Stefan fought to regain control, but then his dearly departed mother, Vivian, turned up alive, ready for revenge against Kate.

On their last evening together, Stefan gifted Gabi a necklace with two joining hearts linked together as a pledge of his love. After making love, Stefan left to help Vivian escape the police who had a warrant out for her arrest in Kate’s attempted murder.

Stefan arrived just in time to see Detective Lani Price (Sal Stowers) fire a shot at Vivian. Stefan leaped in front of a bullet and was shot in the neck. After telling his mother to run away, he fell unconscious, and appeared to Gabi in her dream, stroking her hair as she lay in bed waiting for him back at the DiMera mansion.

When Gabi arrived at the hospital after the shooting, Vivian appeared in disguise and overheard Kayla pronounce Stefan brain dead. Vivian fled and Gabi appealed to Dr. Rolf who couldn’t help because there was no spark of life to work with.

Meanwhile, Julie Williams (Susan Seaforth Hayes) needed a heart transplant, but due to her age, she couldn’t get on the organ waiting list. After hearing about Stefan, the Hortons were hopeful Julie could receive Stefan’s heart. After a revolving door of Hortons pleading with her, Gabi was originally too devastated and outraged to donate to Julie. She finally agreed to donate on the condition that Lani beg for the heart.

<p>Vivian’s last brief return was played by Robin Strasser, who came to get revenge on Kate, who she shot and buried alive. Unfortunately for Vivian, Kate dug her way out of the grave. On the run, Vivian was stopped by Lani Price. As Lani prepared to shoot Vivian if she didn’t drop her gun, Stefan jumped in front of the bullet and was hit in the throat. He was later declared brain dead, and Vivian fled town.</p> 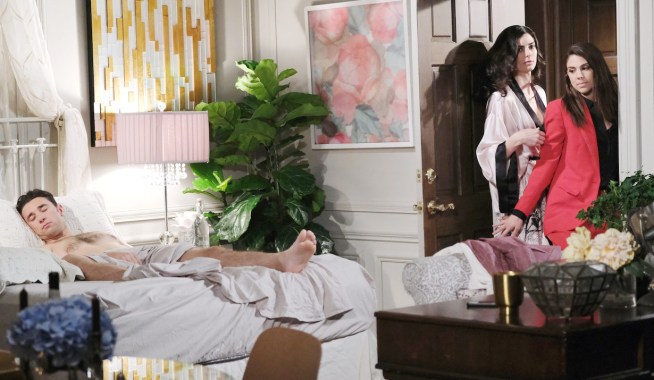 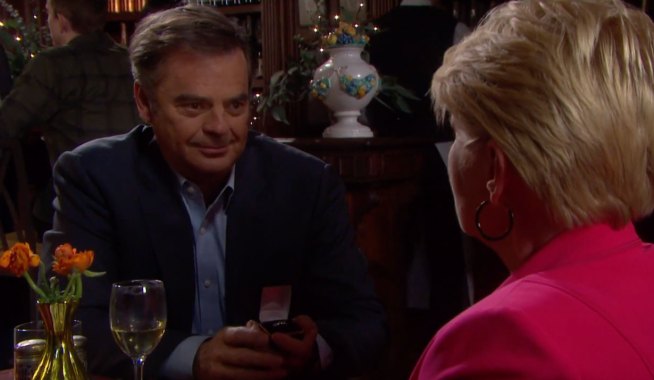