8 Days of our Lives Stars Who Crossed Over to ‘Friends’ 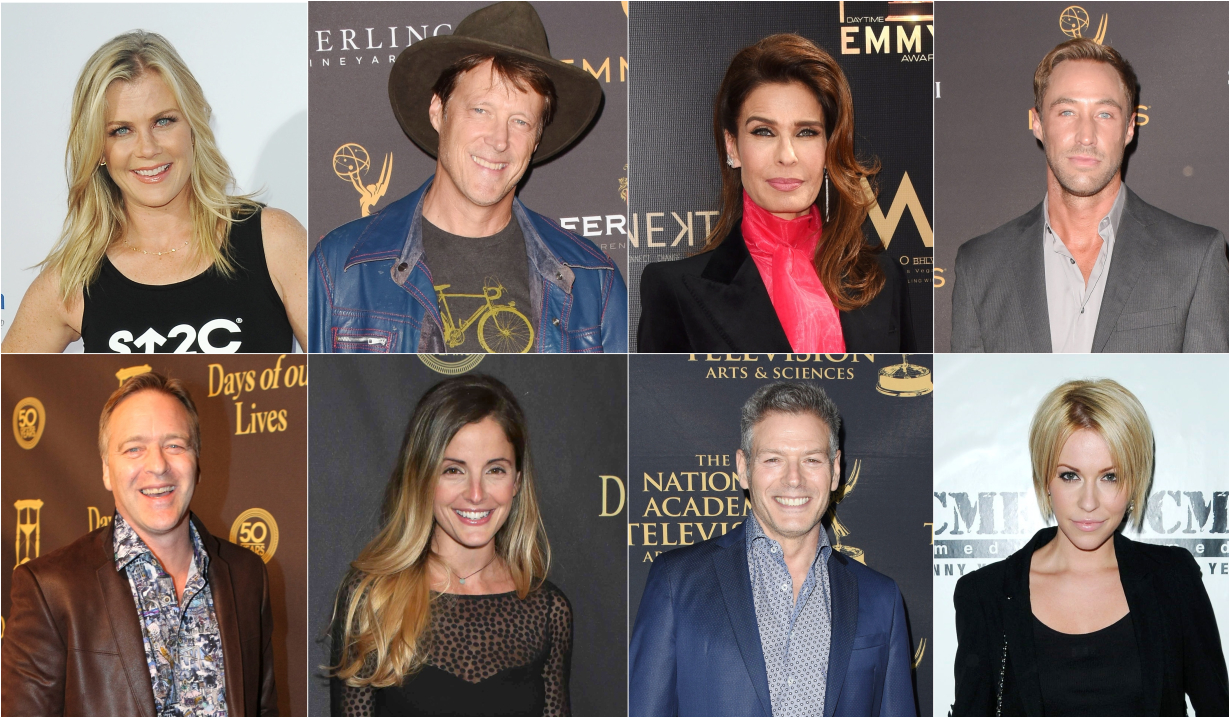 Several Days of our Lives stars had fun guest-starring roles on the NBC sitcom.

Sunday September 22 marks the 25th anniversary of the premiere of NBC’s hit sitcom Friends, which ran from 1994 – 2004. The comedy had many memorable episodes, quotable lines, and guest stars, but Soaps.com readers will likely remember that it also featured main character Joey Tribbiani (Matt LeBlanc) landing the role of neurosurgeon Dr. Drake Ramoray on Days of our Lives. Considering Friends was set in New York City and the real Days of our Lives is filmed in Los Angeles, reality had to be suspended a bit when the character was cast on the soap opera, which happened in the 10th episode of the 2nd season titled The One with Russ. Sadly, Joey was fired from the show after being quoted in an article stating he wrote his own lines. Ramoray was killed off after falling down an elevator shaft in 18th episode of the same season aptly titled The One Where Dr. Ramoray Dies. Incidentally, that’s how Jack Deveraux (Matthew Ashford) “died” on Days of our Lives on August 15, 2012. Friends also featured Roark Critchlow (Mike Horton), who additionally appeared in The One After the Superbowl: Part 1 as his Days of our Lives character.

Days of our Lives was revisited in the 15th episode of the sitcom’s 6th season titled The One That Could Have Been, which saw the Friends characters pondering where they’d be had they made different life choices. Joey’s “what if” revolved around him still being on Days of our Lives with Kristian Alfonso and Kevin Spirtas appearing as their fictional counterparts, Hope Brady and Craig Wesley.

As in all soaps, death is rarely final, so the fictional Days of our Lives brought Ramoray back from the dead by implanting a new brain into the character’s body. In the 15th episode of the 7th season, titled The One with Joey’s New Brain, Ramoray received a transplant from the show’s longtime diva played by Susan Sarandon (Ray Donovan); Sarah Fairbanks, (Search for Tomorrow; Patrice Kahlman A World Apart). The 18th episode of the same season, The One with Joey’s Award, saw Joey losing a fictional Soapie Award, but accepting one on behalf of his co-star, played by Alison Sweeney (Sami Brady). McKenzie Westmore (Dr. Riley Sinclair, All My Children; Sheridan Crane, Passions) appeared as herself presenting the award for Joey’s category.

The 9th season of Friends continued the long-running Days of our Lives plot point when, in the 11th episode, titled The One Where Rachel Goes Back to Work, Joey got Phoebe Buffay (Lisa Kudrow) a job as an extra on the soap opera. A job she was terrible at. In the 19th episode, The One with Rachel’s Dream, Days of our Lives fan Rachel Greene (played by Jennifer Aniston, who of course is the daughter of Victor Kiriakis’ portrayer John Aniston) visited the soap opera set to watch Joey rehearse a scene. Finally, in the 20th episode, titled, The One with the Soap Opera Party, Joey hosted a party attended by Matthew Ashford (Jack Deveraux), Kyle Lowder (Red Brady, ex-Brady Black), Farah Fath (Mimi Lockhart) and Alexis Thorpe (Cassie Brady).

What was your favorite Days of our Lives shout out on Friends? Favorite soap related guest-star? Tell us below!