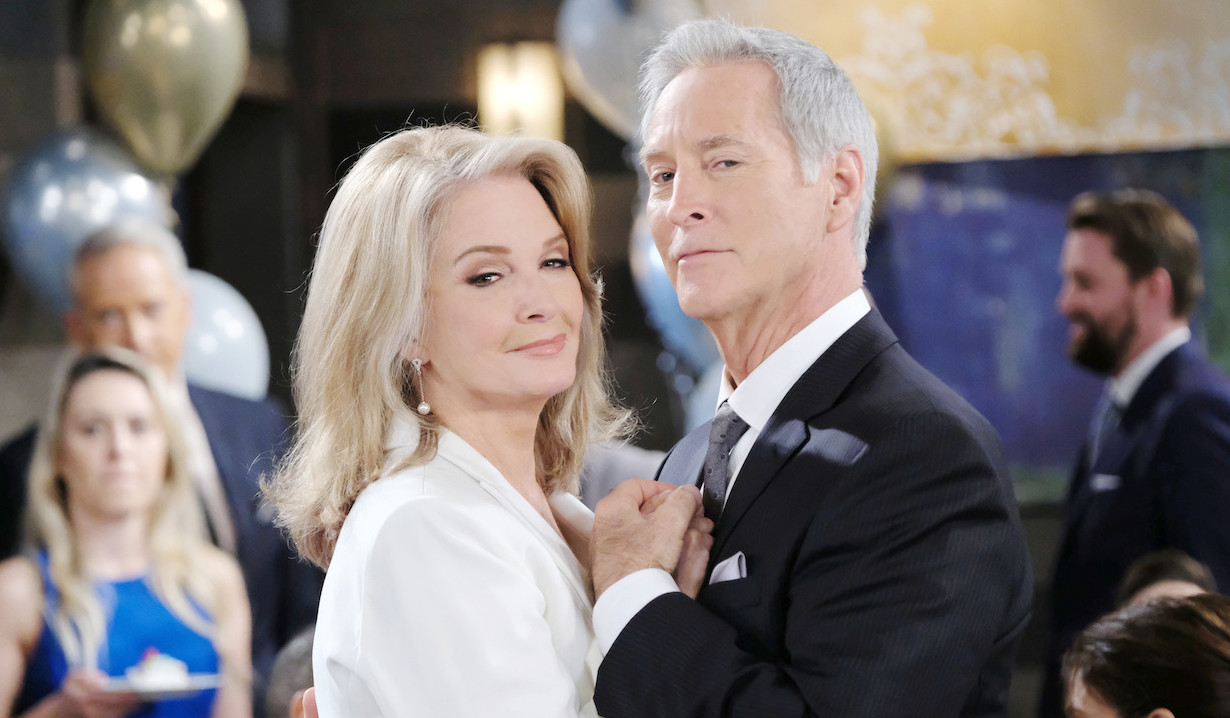 Days of our Lives actors reflect on John and Marlena’s love and preview what’s ahead.

Deidre Hall (Marlena Evans Black) and Drake Hogestyn (John Black) are currently part of the fun Tide NFL commercial campaign, while their Days of our Lives characters serve as the grounding force for most of Salem. Soaps.com had the opportunity to chat with the actors on what’s to come for the NBC soap opera and what they think of Jarlena’s enduring love.

This past year has seen John and Marlena fend off Diana Colville (Judith Chapman), surprise each other with the same anniversary party and support their loved ones. As for what’s to come for the super couple, we couldn’t get any hints on which of their characters’ offscreen children might be popping up, but we did get confirmation on that highly rumored storyline twist. Hall previewed, “[There’s] a very unusual time jump. Ron [Carlivati, head writer] has crafted a really complex interesting way of telling the story that makes you hang on with both hands.” Hogestyn added, “As actors, we really had to chart and keep a ledger on where we were within the moment and fill in the blanks on what may have transpired.” Though they didn’t know the specific date, Hogestyn teased the storyline would kick off around Thanksgiving and feature a big reveal at New Year’s Eve.

It remains to be seen what the time jump will mean for John and Marlena, but for now, they’re the most solid couple on the canvas, which suits the actors just fine. Invoking Days of our Lives’ iconic couple Tom and Alice Horton (MacDonald Carey and Frances Reid), Hall described the Blacks as the stable, recognizable couple in all situations. “It’s what all soap needs – a solid home base.”

“It’s stability,” Hogestyn said. “It’s easy to be in and out of relationships when you’re young. There’s not as much investment. [John and Marlena] are setting the tone for what a relationship can be. There are chinks in the armor, but bottom line is they’re a comfort and setting an example. I take it very passionately and fight for that in the characters.”

When we opened it up on Twitter to Soaps.com readers for questions, DestinyRules78 and ElaErica’s input led to asking what Hall and Hogestyn thought kept viewers so invested in Jarlena after decades of watching them on air. Referring to the instability and uncertainty spreading across the country, Hall speculated, “We need something safe and comfortable and familiar. When we’ve been with you for 40 years we are really family.” For his part, Hogestyn explained how hard the two of them work on their scripts to make sure they’re comfortable and tied to the storyline by the time they hit the stage. “In every scene [we ask] what’s the point of what do, what do we want to leave the audience with … It’s just being professional and emotionally attached. We can’t wait to show everyone that we still feel that way after all this time.”

KaraEllie wanted to know which of each other’s scenes stood out to them over the years as being particularly inspiring or emotional. Hall and Hogestyn replied in unison, “The pier.” Many viewers will recall the moment John, who still thought he was Roman Brady and was engaged to Isabella Toscano (Staci Greason), saw a thought-to-be-dead Marlena. Hall admitted she still gets goosebumps when she sees it, while Hogestyn recounted, “It was so haunting. They’re mysteriously being drawn to each other … out of the fog came a vision and it was Marlena. It just cemented the characters even more.”

With the DOOL App’s digital series Chad & Abby in Paris entering its second chapter, we wondered what they’d like to see should John & Marlena get the companion series treatment. Hall mused, “What we don’t have enough of is humor.” Recalling the many times that did come through was when they were on location, she added, “I think the audience loves to see the characters at play.” Hogestyn suggested the duo would be out solving the problems of the world while of course engaging in “amorous” activities, “which we haven’t had much of either.” 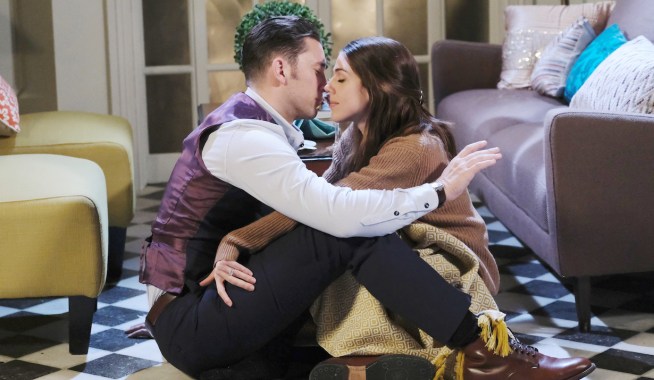 Days Spoiler Video: Jack Tells Jenn That He Remembers Her 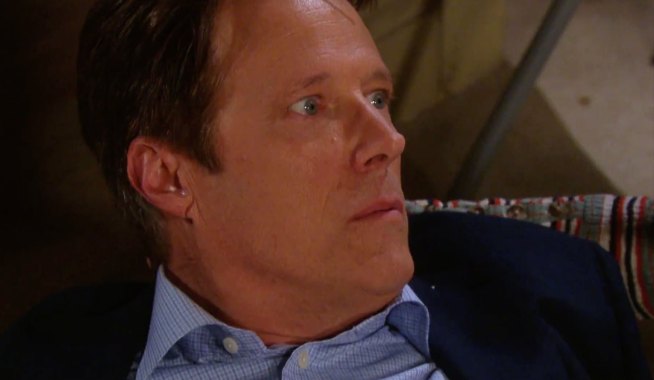