Chad & Abby in Paris Episode 8 Finale: The DiMeras Are In for a Shock 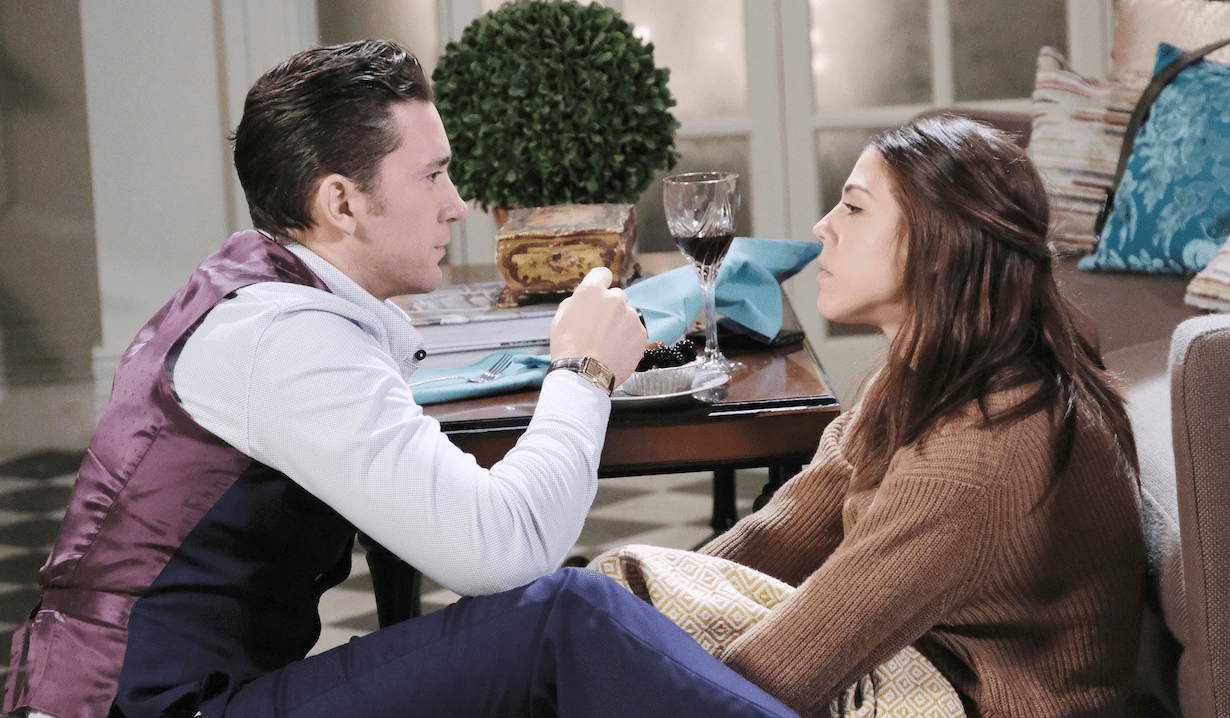 Chad and Abby’s marriage is tested and someone comes knocking.

Previously on Chad and Abby in Paris, Abby responded to Austin’s kiss in Paris, while Chad was being seduced by Juliette in London. This week, Soaps.com has the season one finale recap where Juliette reveals her nefarious intentions and the DiMeras are in for a shock. 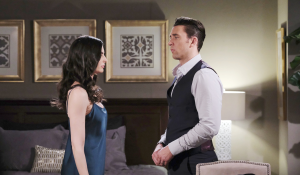 After Juliette drops her clothes to the floor of their hotel room, she moves in close to Chad. She says she wants him and knows he wants her too. He responds, “What I want is for you to put your dress on,” and hands it to her. He curtly says she’s an attractive woman but he loves his wife. She is the only woman he loves. He grabs his things and walks out. 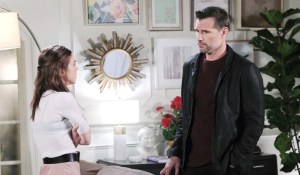 In Paris, Abby pulls away from Austin’s kiss. She asks what he’s doing. Austin reminds her she told everyone they slept together – she must have wondered what it would have been like if it really happened. He knows he has. He goes in for another kiss, but she backs away. She’s not that girl anymore. Abby’s sorry he’s hurting over Carrie, but she only wants Chad. He looks confused as he points out Chad hurt her. She says they both made mistakes, but she and Chad are forever. He is her person. Looking wounded, Austin apologizes, declaring he really made a fool of himself. Abby’s been there and suggests they just call it even. Austin hopes Chad knows he’s a lucky guy. Abby whispers, “He does,” but doesn’t look totally convinced. 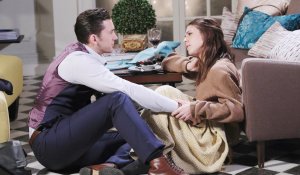 Alone, Abby smokes a cigarette and drinks wine on the couch. Chad surprises Abby by coming home from London early. He says he missed his wife. She missed him too. Abby tells him Austin is at a hotel and the kids are at the nanny’s for the night. Chad picked up some crème brûlée on the way home asks if she want to share it with him. She looks emotional as she shakes her head yes. They exchange I love yous and sit on the floor together. As they kiss, someone knocks on the door. They both looked shocked when Chad opens it. 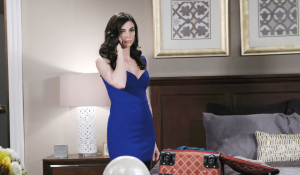 Back in London, Juliette makes a call to relay that she failed to close the deal with Chad – but she never takes no for an answer. However it will be harder to destroy Chad and Abigail’s marriage than they thought.

Who do you think is at the door? What’d you think of the first season of the digital companion series? Read our thoughts on Chad & Abby in Paris and share your own! 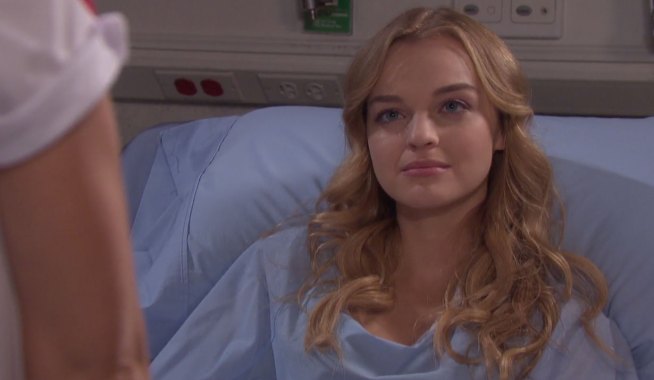 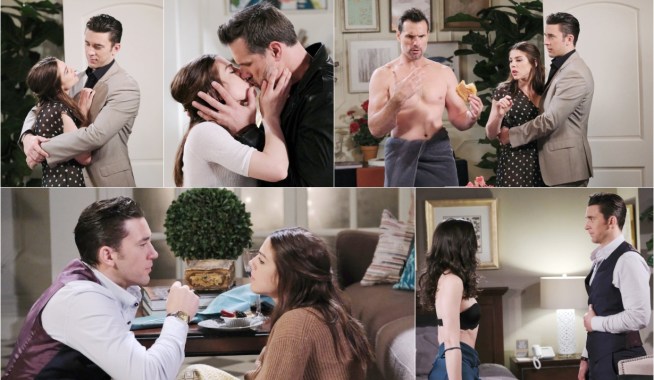