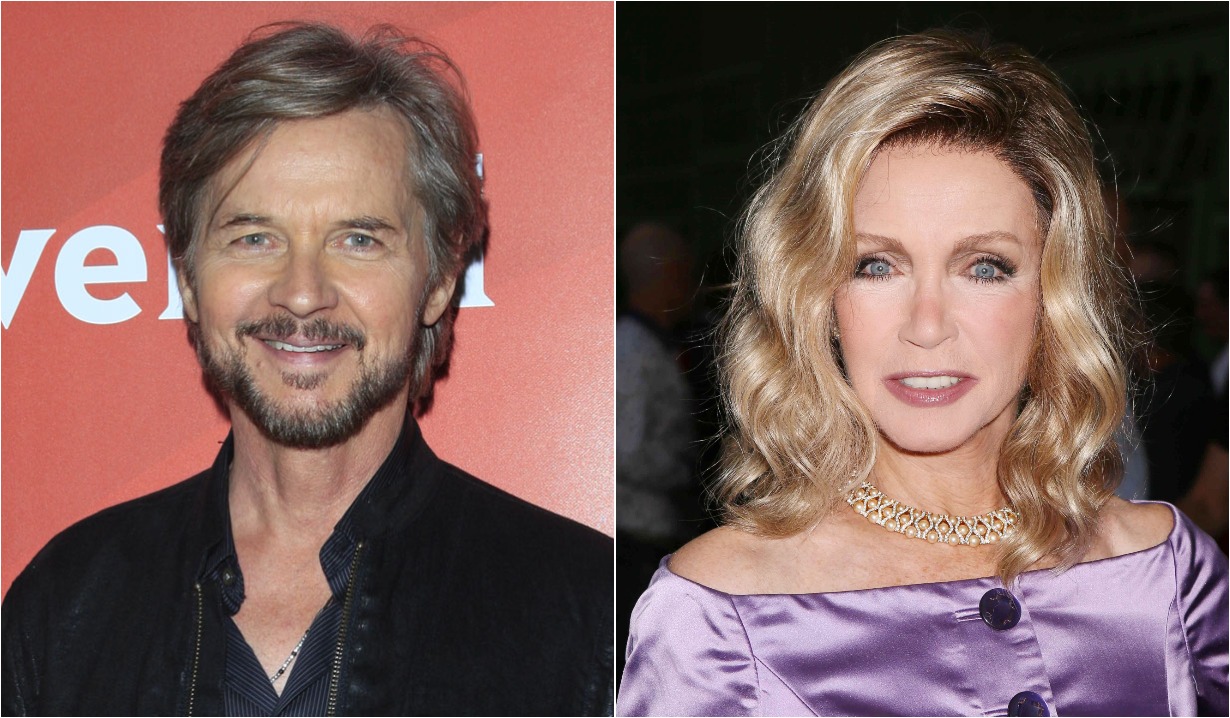 Days of our Lives actor excited for new fun project.

Updated December 9: Soaps.com has details for Days of our Lives actor Stephen Nichols (Steve ‘Patch’ Johnson) and General Hospital’s Donna Mills’ (Madeline Reeves) new film A Beauty and the Beast Christmas, previously titled Social Engagement. Starring Leah Pipes as Ginger and Ryan Kelley as Beau, the story follows a preppy Christmas influencer, Ginger, who, at the request of her agent, fakes a holiday romance with viral bad boy Beau. Though Ginger uses this experiment to gain more followers, and initially she and Beau can’t stand each other, the time they spend together proves otherwise… As of yet, there are no details for Nichols and Mills’ characters. The movie airs on ION Television on Sunday December 15 at 7:00 PM, Saturday December 21 at 9:00 PM and Monday December 23 at 1:00 PM. Please check your local listings and watch the promo below.

Back on September 3, we reported Days of our Lives actor Stephen Nichols (Steve ‘Patch’ Johnson) is involved in a new project featuring veteran actress Donna Mills (General Hospital’s Madeline Reeves; Knots Landing) titled Social Engagement. Though not many details surrounding the feature have been revealed as of yet, Soaps.com can confirm that the film was directed by actor Dylan Vox (Z Nation) and is written by Scotty Mullen (The Last Sharknado: It’s About Time) who stated on his own Instagram account, “You won’t believe what I’m writing now. It’s a big change for me. No sharks. No zombies. And everyone keeps their clothes on. (For the most part.)” In Nichols’ Instagram post, he expressed excitement over working with the cast, including the “ageless and gracious” Donna Mills, and teased that the project will be “a smart, funny piece…”

“Had a blast yesterday working with these beautiful people on a feature, Social Engagement written by @scottymullen Directed by @dylanvoxofficial #work #fun #wonderfulcrew #days 1. With the ageless and gracious, actor Donna Mills 2. W/My cinema son and grandson @the_ryan_kelley of #teenwolf fame, Consummate actor and a sweetheart. We connected immediately. And we share a mutual admiration for @shelleyhennig , my “Little Sweetness”from #days and his “Wolffriend”? Aiden Arnold the most adorable, most professional 7 year old! Learned sign language for the part! 3.Dont get me started on @glozell This beautiful woman is a powerhouse and she actually glows! @leahmariepipes10 A real pistol and a force of nature. Great actor. Then writer @scottymullen #sharknado anyone? Social Engagement is a smart, funny piece. Can’t wait to see the final product. @dylanvoxofficial our director. No pic. I learned a lot. You are an inspiration. All in all a wonderful experience. I am so happy I agreed to do it and had the day off!”

Stay tuned for more details on Social Engagement, as well as Stephen Nichols’ return to Days of our Lives later this year. 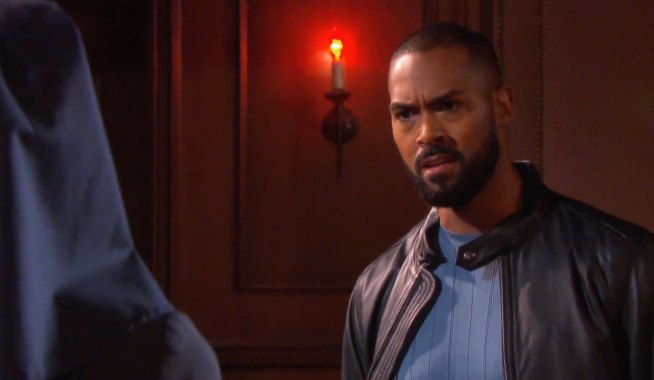 Days Spoiler Video: Eli Is Stunned to Find Lani at the Convent 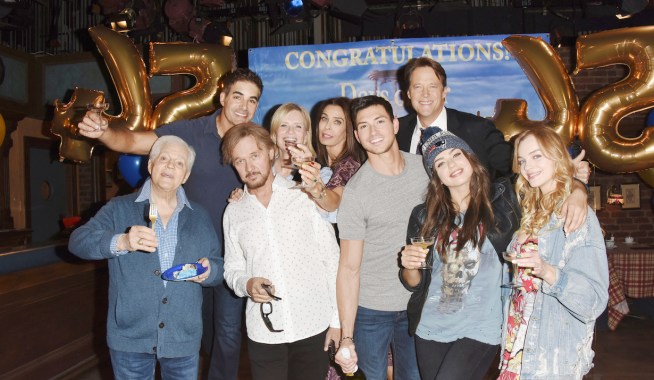