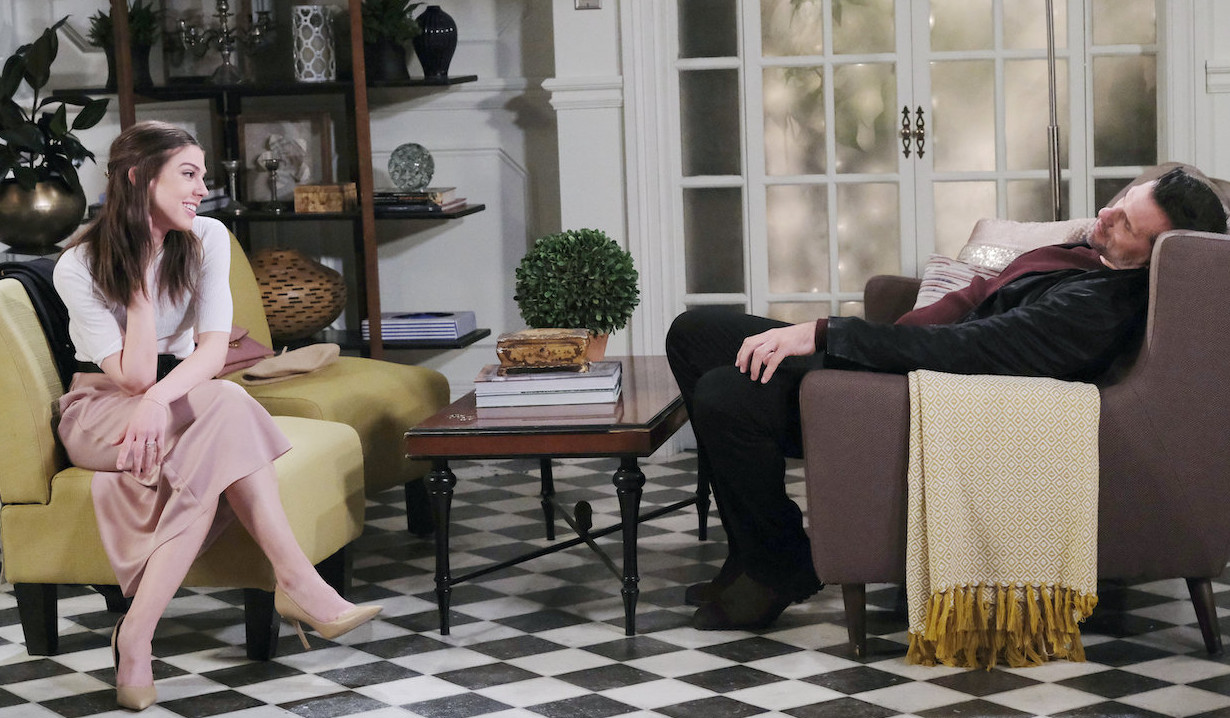 Last week in Soaps.com’s Chad and Abby in Paris recap, Abby dined with Austin in Paris, while Chad went to London for work with Juliette. This week, Juliette attempts to seduce Chad while Austin makes his own play for Abby. Don’t forget to come back next Thursday to see how it plays out in the last episode of the digital series’ first season.

Juliette and Chad laugh as they enter their London hotel room talking about their meeting. Chad calls her amazing and she says they make a good team. Chad explains the hotel only had one room. Juliette apologizes – she distinctly asked for two. He 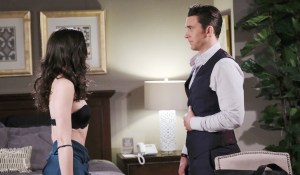 adds, “There’s only one bed.” Juliette smirks. She will find another room and starts to leave. He points out she’s been working on the deal all night. What kind of gentleman would he be if he let her do that? “Are you a gentleman,” she asks. Chad thinks so. He gives her the bed and he’ll take the chair. Juliette changes in the bathroom and walks out in her negligee. Chad is taken aback. She doesn’t think it should come as a surprise that she is attracted to him. She wants him. He declares he loves his wife. It’s not his love that she wants. What his wife doesn’t know can’t hurt her. She drops her negligee to the floor.

More: Ambitions recaps, Stephanie gets her revenge on Amara 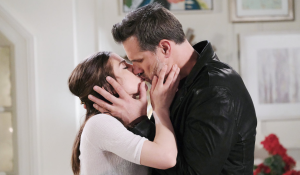 Austin and Abby stumble in the DiMera apartment laughing. Austin talks about the cheap champagne going to his head as he flops on the couch. He says he needs to get a car and a hotel. She suggests he just stay there since it’s so late. He thanks her for letting him crash and for listening to him drown his sorrows. He sadly talks about him and Carrie being over. Abby counters he doesn’t know it’s really over. She points out that she and Chad made mistakes and she didn’t think she’d ever trust him again. Austin asks if she trusts him now. She hesitates but says she does. Austin stands up and stumbles on his way to bed. She gets up to help him and calls him drunk. He is, but that doesn’t change that it was wrong for Chad and Carrie to hurt them. He grabs her and kisses. Abby responds. 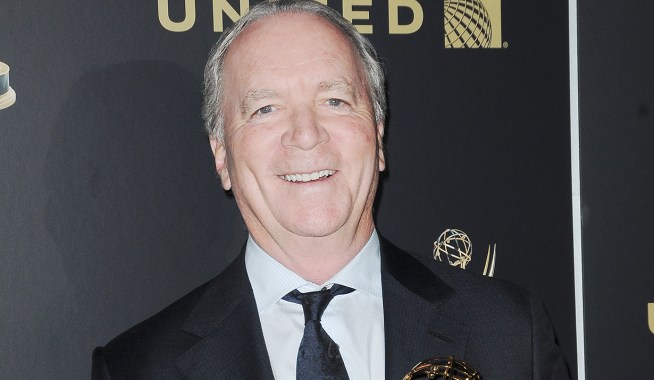 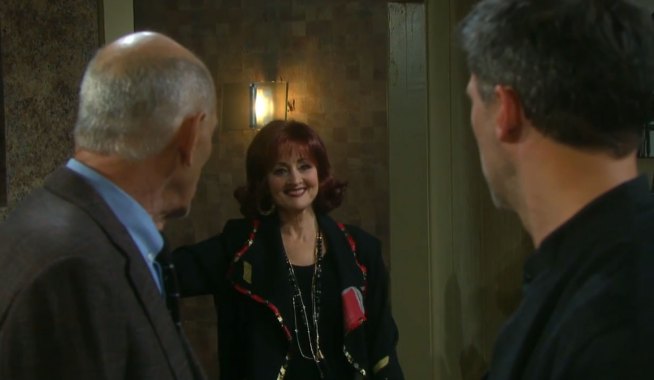