In last week’s Chad & Abby in Paris, Juliette schemed to keep Chad at work, while Abby invited Austin to get lost in Paris together. In Soaps.com’s latest recap, Juliette and Austin continue to take advantage of the strain developing between the married DiMeras.

At the office, Chad’s frustrated upon learning he has to fly to London. He thought everything was settled with the deal. Juliette explains it’s just a formality and she can go alone. Chad notes they asked for both of them. Juliette knows he has plans with his wife, but Chad sighs that she will understand – she always does. Juliet smirks as Chad calls Abigail. 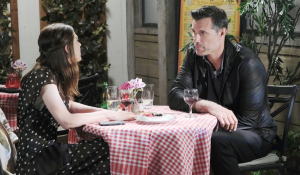 Austin and Abby discuss the museum they just visited while sitting at a café. Abby suggests they order more, but Austin reminds her of her dinner with Chad. She says she can burn it off on the four-mile walk back so it won’t ruin her appetite. She’s just happy they found that place. Austin leans back and says with a smile, “It’s amazing what you can find when you allow yourself to get lost.” Abby gets Chad’s call about him flying to London. He won’t be home until the next morning. He asks if he can see her before he leaves, but she explains she is at lunch with Austin. There’s tension between them as they say their goodbyes. After Abby hangs up, she notes how when they first moved there they were so focused on their relationship and making it better, but lately, it feels like they’re drifting apart. She starts to call to cancel the babysitter, but Austin grabs the phone and counters she could go to dinner with him. 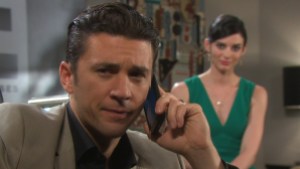 Back at work, Juliette asks Chad if he wants to talk about it. He vents that he’d love to spend time with his wife before he leaves, but while he’s working, she’s off “doing Paris with an old flame.” He blames himself, but after he makes the London deal right, he will come home and make things right with Abigail. He asks Juliette to book the hotel rooms and leaves to pack a bag at home. Juliette calls the hotel and reserves just one room. She says, “A king-sized bed? That sounds perfect.” 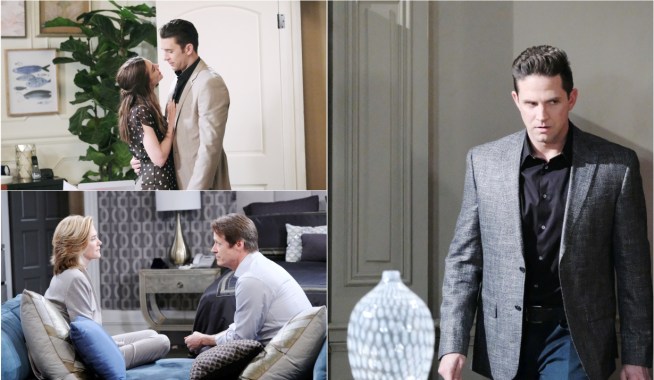 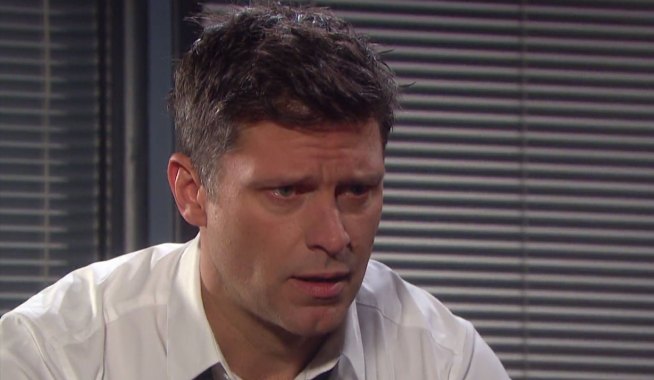