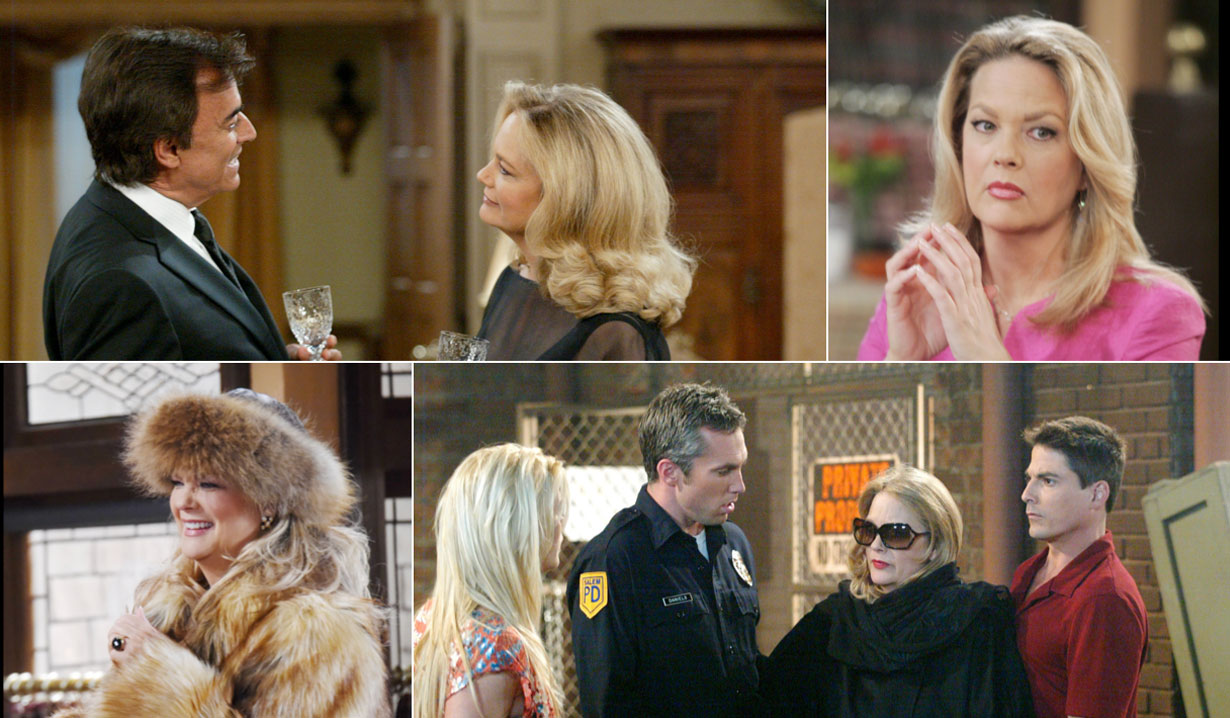 Days of our Lives character has gone from villain to hero and back many times over.

Actress Leann Hunley has returned to Days of our Lives as Anna DiMera, only to discover the love of her life Tony DiMera (Thaao Penghlis) is alive again and in Salem. Soaps.com thought now was the perfect time to look back at the character and refresh readers on her history and perhaps some aspects of the character they had forgotten.

Leann Hunley debuted as Anna Fredericks in 1982. She came to Salem to introduce her husband Roman Brady (Wayne Northrop) to his unknown daughter Carrie (Andrea Barber). Roman believed Anna was dead at the time.

Anna Brady explained to Roman she had not died but had been kidnapped and sold into sex slavery. Because there was no divorce, they were still legally married.

Anna has Multiple Sclerosis. She claimed the marks on her back, that Roman saw, were from being whipped while a slave but were from the disease which she was trying to hide.

Anna Brady met and got to know Tony DiMera initially by working as his secretary.

Stefano DiMera (Joseph Mascolo) paid Anna $1,000,000 to scheme to get Roman fired from the ISA and Salem PD. Anna used her own daughter Carrie, who she had hypnotized, to place fake deposit slips in Roman’s home to make it appear he was embezzling.

Anna’s first marriage to Tony happened in Vegas because she drugged him and dragged him to the altar to gain access to his money. He would eventually divorce her when this was later revealed, even though the two had fallen in love.

Anna and Tony were forced to live in the DiMera Mansion with Renee DuMonde (Philece Sampler) and David Banning (Gregg Marx) for one year. In his will, Stefano stipulated this in order for Tony to receive his inheritance.

When Anna DiMera became pregnant, a jealous Renee attempted to murder Anna and her baby by sabotaging Tony’s boat. Tony saved Anna, but she miscarried their baby.

Anna discovered Andre DiMera had chained Tony up in his penthouse and was parading as his twin and was the Salem Slasher. He locked Anna up with Tony until Roman Brady rescued them.

Anna entered the fashion world and formed a company with Alex Marshall (Quinn Redeker). Alex eventually sold their company for a quick profit.

Anna remained in the fashion industry and later had her designs stolen by Alex. Anna had her friend and scientist friend Eugene Bradford (John de Lancie) rig the fabric on the dresses to disintegrate as they went down the runway.

Anna DiMera was once accused of murdering art dealer Claus Van Zandt (Anthony De Longis), who had swindled Anna out of profits from the sale of her art. It was discovered that Van Zandt was alive and had framed Anna.

Anna and Tony’s second attempt to marry was thwarted by Alex, who hired an actor to pretend to be a minister. They finally were legally married on their third attempt.

Anna DiMera originally left Salem in 1986 after receiving divorce papers from Tony, who had already left town. She did not learn until years later Tony was forced to divorce her by corrupt ISA agent Emma Donovan (Jane Windsor), and was then imprisoned on an island by Stefano for over 20 years.

Hunley returned to Days of our Lives 21 years later in 2007 to help the Bradys, who were once again feuding with the DiMeras. She delivered to them some old DiMera family letters belonging to Tony, and briefly became involved with Roman (Josh Taylor) again.

More: 20 things to know about Robin Strasser before her Days debut

After discovering Tony alive on Stefano’s island, Anna and Tony remarried on May 21, 2008. The marriage was short-lived when Tony was killed after falling in a struggle with Philip Kiriakis (Jay Kenneth Johnson) at the pier.

Anna DiMera kidnapped Sydney DiMera, but was actually hired to do so by EJ DiMera (James Scott) in order to keep her away from her mother Sami Brady (Alison Sweeney).

Nicole Walker (Arianne Zucker), who was in prison for her part in the baby swap involving EJ and Sami’s daughter Sydney, figured out Anna kidnapped Sydney and forced her to help her get out of jail. Anna blackmailed Governor Ford (Damon Stuart) with suggestive pictures to pardon Nicole.

Anna DiMera returned in January 2017 in Prague when she shot at someone she thought was Stefano, but was Shane Donovan (Charles Shaughnessy) in disguise. She had blamed Stefano for Tony’s death. Anna again returned in January 2018, and was still obsessed with locating Stefano. She hired Steve Johnson (Stephen Nichols) to locate him.

Anna spent years carrying around an urn containing Tony’s ashes. The urn was used to murder Tony’s twin Andre DiMera, and Anna was briefly a suspect. 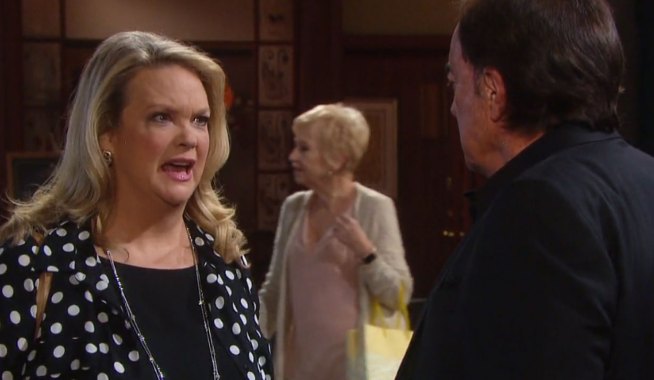 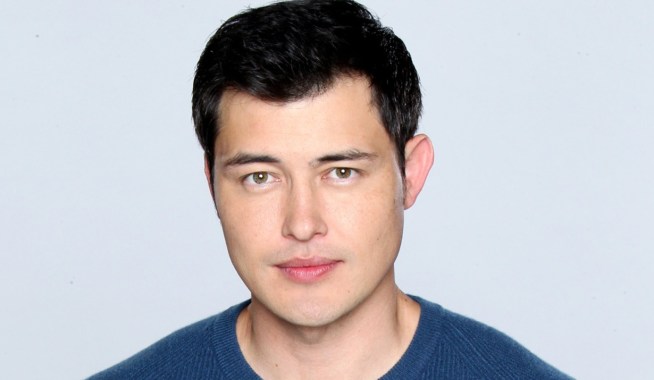