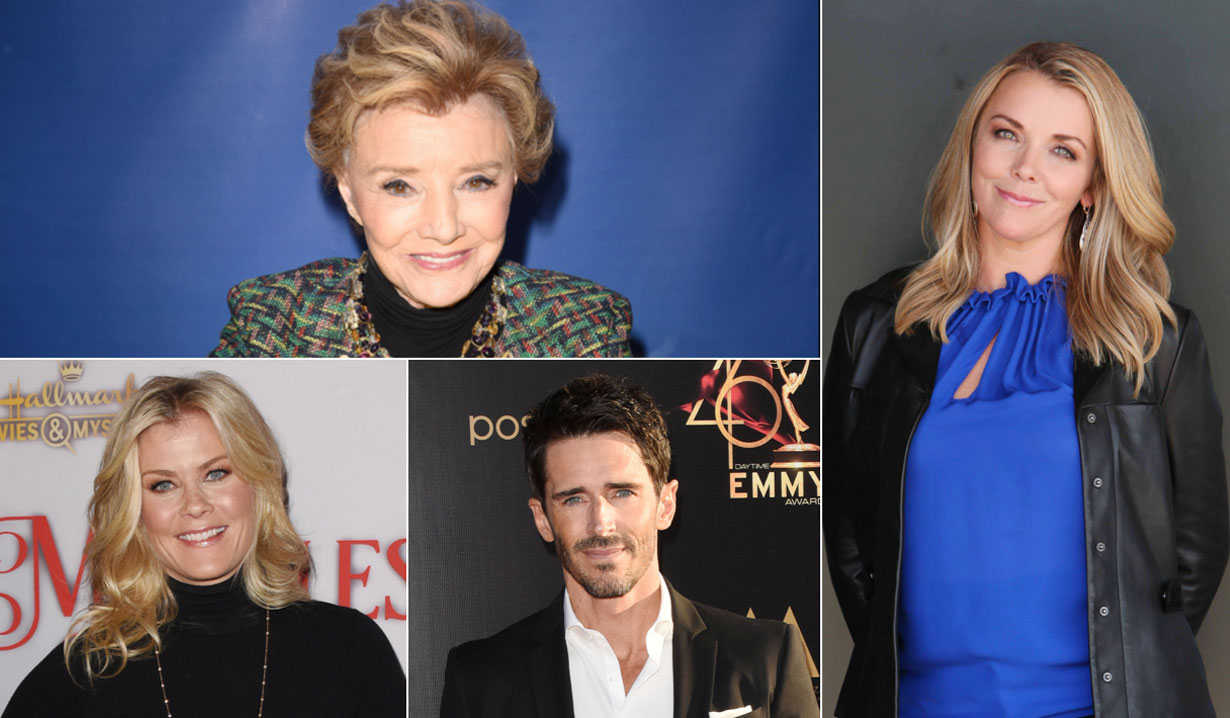 With the passing of Days of our Lives Peggy McCay, which Soaps.com reported on last October, the NBC soap opera is set to address the death of her character, Caroline Brady. Several of Caroline’s family members are returning for the special episodes, though Patsy Pease who played her daughter Kimberly Brady will be absent due to the actress undergoing surgery at the time of filming. Recently some of the returning cast spoke to Soap Opera Digest and shared their memories of Peggy McCay. Christie Clark (Carrie Brady Reed) admitted knowing she was being brought back to shoot Caroline’s memorial was a horrendous feeling. However, it’s also what made her accept the offer,  even though the actress is now living in the U.K. “That is why I made the trek to California: to say good-bye to Peggy. Even though I couldn’t make it to her real funeral, it was somehow more fitting to say good-bye to her in the spot that was our home of Salem for so many years.” When asked her favorite memories of McCay she recalled, “Peggy beamed when she performed. I never had to prepare for a crying scene with Peggy, she just took you along for the ride and pulled out emotions from everyone she worked with. She never tired of me asking over and over again, ‘What was it like to be in acting class with Lee Strasberg, Marilyn Monroe, and Marlon Brando?'” Clark continued to add that Peggy was, “An independent woman before it was cool. [A] fierce protector of animals, LGBTQ, AIDS, and people that were in need of some TLC.” As for the memorial, she said, “Filming the funeral scenes was just like going to one of my real grandparents’ funerals. I knew 80 percent of the cast and adore them. So, we hugged and laughed about stuff in between takes. There was no acting that day as far as I could tell. The only thing was I had cried so much about losing Peggy in the previous months, that my tears had dried on the day of filming. But, it felt like real life in our make-believe land in the Midwest.”

Brandon Beemer, who plays Shawn Brady, is making a comeback for the memorial as well. He noted that, “It was nice that the show paid that respect to her [McCay] and that everybody got to come together.” On the day of shooting, he recalled, “Everybody had their moment of sadness. But once we all got to tell stories, it kind of lightened up the mood because they were funny, and Peggy was a firecracker.” He enjoyed reconnecting with his Salem family and revealed what he learned from working with McCay. “[She] brought you out of your comfortable place. You had to fend for yourself when it came to Peggy because she would take off and go, and you had to keep up with her. She [taught me] to always be on your toes and not to get caught on your heel. Because if you got caught on your heels around Peggy, you were going to tumble over and fall backward.”

More: All My Children’s Sylvia Miles dead at 94

Alison Sweeney is also set to return as Sami Brady, not just for Caroline’s memorial, but also because her on-screen son Will Horton (Chandler Massey) is dying. She said, “It was really special for me to be there with everyone and mourn together and honor Peggy. I think the script was written so beautifully, with everyone having a chance to honor her and say nice things about Caroline that reminded us all of the things about Peggy, things we had done with her or moments we had with her. Drake [Hogestyn, John Black], in particular, affected me so strongly because his story was very specific, a scene that he and Peggy had shared many years ago. When they called cut at the end of the scene, he went seamlessly from telling this story in character of how Caroline reacted to him as Roman/John to him then telling the story about Peggy performing the scene. Everyone was in tears. It was just so beautiful and special. It really was a memorial to her. We talked about Caroline in character in the scene, but in real life, it was sort of all happening in an undercurrent of how we feel about Peggy and our experiences with her.” Reconnecting with cast members like Clark was equally as important to the scenes. “We all felt the same way; it was like a real memorial. You’re surrounded by people who feel the same way you felt about that person. It was closure, it was meaningful, and I can’t emphasize that enough.  She praises head writer Ron Carlivati’s work on this storyline. “He really did a beautiful job of honoring the character’s history and all of our relationships with her. When he asked me to come back and that Caroline’s death would be tied into Will’s dream, I started to cry on the phone with him. I was like, ‘That’s amazing. That’s so special. Thank you so much for doing that. Of course I want to be there. That’s incredible.'” Like Clark, Sweeney has fond memories of McCay. “She had hilarious stories of when she’d shoot soap operas live and things would go wrong. She would remember with perfect clarity a set piece that fell or things that would happen and how you had to cover in that scene.” Sweeny also recalled that after she left Days of our Lives, McCay called her up and said, “Hey, if you’re ever looking for a grandma on your other shows, keep me in mind!” Sweeney noted that McCay, “was a passionate, outgoing woman who was really a powerhouse in our industry. I respected her and admired her and loved working with her.” 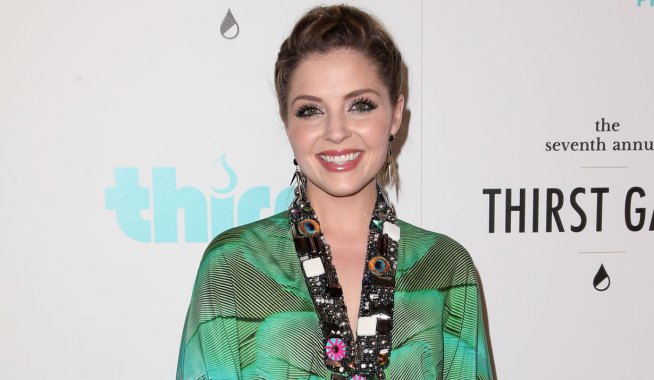 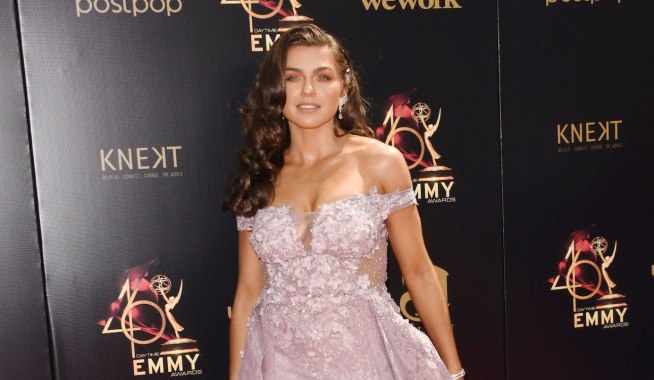