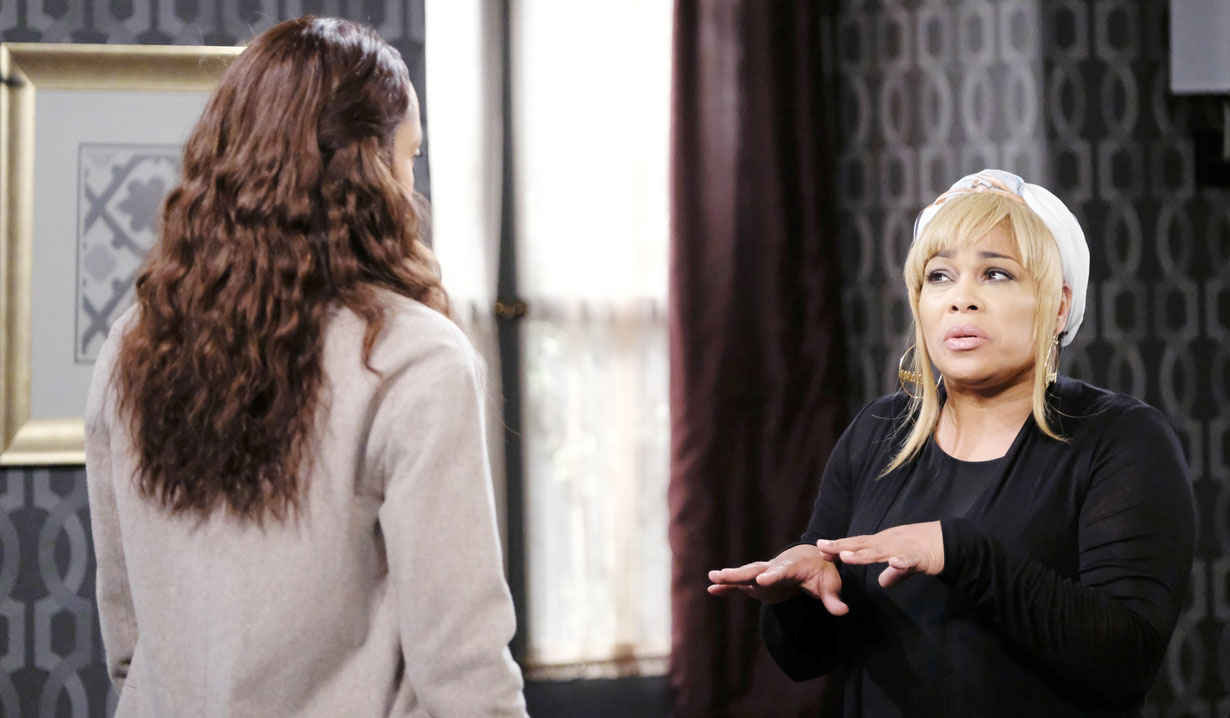 November 30, 2016, Soaps.com exclusively reported that the Grammy-winning R&B/hip hop singer from TLC, Tionne Watkins took a role of Sheila Watkins. Watkins’ portrayal of Sheila had viewers hating on the incarcerated bully, but before long, many saw her vulnerabilities and began adoring her for her humor.  The actress announced her exit from the role when she joined Growing up Hip Hop: Atlanta. There is no word on whether she will return to though Sheila’s departure left things open-ended. We take a look back at a few of the things that made Sheila interesting as we say goodbye.

Sheila Watkins was imprisoned for selling drugs with her old friend Russell.

When Hope was imprisoned in Statesville for murdering Stefano DiMera, Sheila bullied her.

Sheila blackmailed Bonnie into giving her a job as the maid at the Kiriakis mansion.

Sheila, their pal Russell, and Eli Grant were friends for years back in Chicago.

Mayor Abe Carver gave Sheila a job as his assistant.

Sheila’s mug at the office had a caption on it that read, “I hate my job.”

Mayor Abe Carver twice found Sheila’s car in his parking spot and noted that her license plate was TLC 4EVA.

Sheila barfed all over Abe Carver’s Italian loafers and replaced them with “fresh” sneakers, much to his chagrin.

Sheila let Xander Kiriakis check out sensitive video footage without identification when he introduced himself as John Black.

Sheila tried to make Lani jealous for Eli’s sake when she pretended she and Eli showered together.

Sheila and Abe shared chemistry but when they kissed, they both decided it was like “kissing your sister.”

A few of our favorite lines:

Sheila on Eli, “You don’t want him so why should I let this hot police business go to waste?”