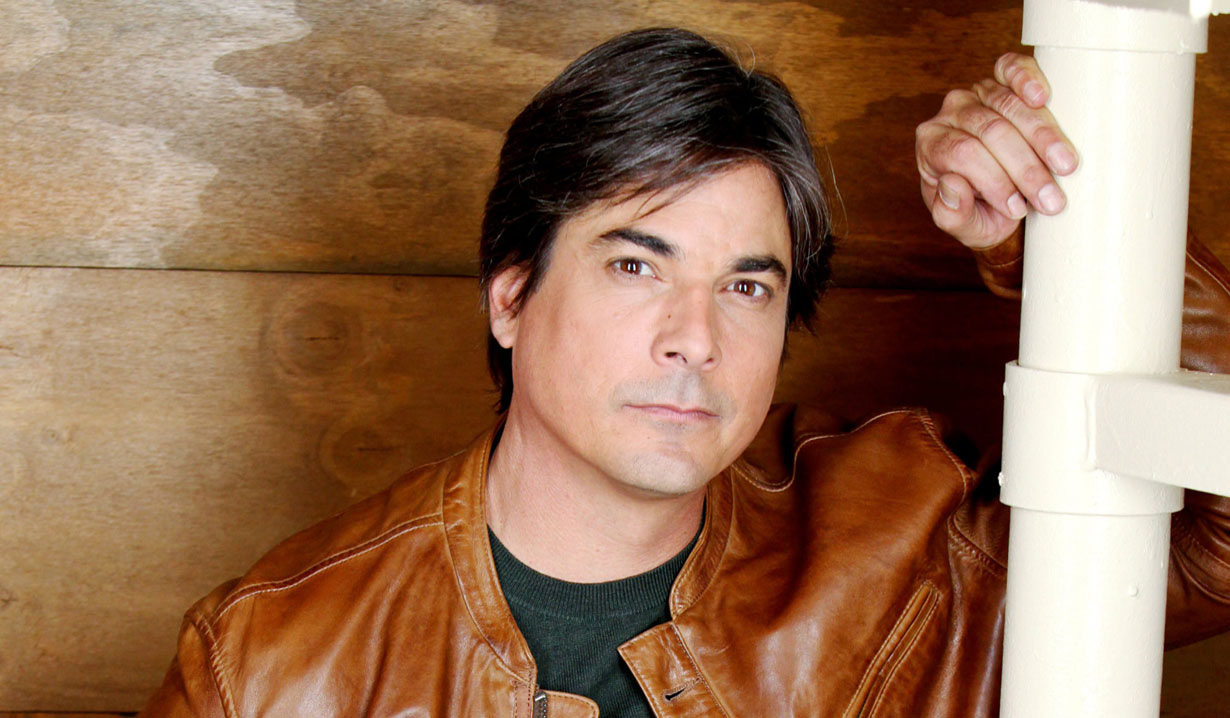 Days of our Lives actor discusses the blessing and curses of being a Horton.

Bryan Dattilo last appeared as Lucas Horton on Days of our Lives in late 2018, but as Soaps.com reported is returning in May for an unknown number of episodes. The actor spoke to Soap Opera Digest about Lucas’ return to Salem. “It was really a pleasant surprise for me, for Bryan, but Lucas, I think, just gets dragged back.” He teased that as with his last return, this one revolves around an unhealthy relative, which likely is his son Will Horton (Chandler Massey) who recently learned he has a brain tumor. Dattilo has left and returned to the soap opera many times over the years but admits about his last departure that, “I thought that was the time it was gunna be [the end]. I actually really did think that was it. Once you’re in the Horton living room and you’re hanging your ornament you’re like, ‘Ah, one last time for the Gipper.’ And you feel like oh, that could be it. But then Julie (Susan Seaforth-Hayes) said, ‘This will always be your home,’ so then I kind of thought, ‘Well, maybe the door’s open.’ I definitely was surprised, but pleasantly.”

Before joining the show in 1993, Dattilo admits he was a fan thanks to visiting his grandmother in the summers, who watched Days of our Lives and turned him onto the soap opera. He even admits, “I was in love with Jennifer (Melissa Reeves) at the time. She was with Frankie (Billy Warlock), and Frankie kind of looked like me. So I thought, ‘I could be Frankie, and get a girl like Jennifer someday.'” When asked if he ever told Reeves about his crush he revealed, “I don’t think I ever have told Missy that because I’m her brother now and it would be so awkward to have sexual tension with my sister.”

When he first hit Salem, Lucas schemed with Sami (Alison Sweeny) to break up Carrie Brady (Christie Cark) and Austin Reed (Patrick Muldoon). He would later come to learn that Austin was his half-brother through their mother Kate Roberts (Lauren Koslow) and his father was Bill Horton (Edward Mallory). Becoming a Horton for Dattilo was, “A blessing and a punishment because I got put into a royal realm, which is the Hortons. For me, that was like the ultimate honor, to be included in that house, to be a part of that living room and come down those steps and sit in Alice’s (Francis Reed) chair.” However becoming a Horton had a downside, “I kind of got put into a more mellow role, not in the middle of things as much as I would like.” Lucas not only is a father, but a grandfather now. He also joked it eliminated any chance at a love scene with Reeves. “Now she’s really my sister and I can’t have a love scene with her? I quit. I quit. I’m going to General Hospital.”

Approaching 26 years of playing Lucas he reflected on his journey. “Not only has it changed my life, it’s become my life. Pat Muldoon used to tease me back in the day, ‘Bro, you’re gunna be Lucas forever! Hey, bro. You’re gunna be Lucas when you’re 60.’ And I always use to be like, ‘No! No! I’m gunna be a great actor and have a film career.’ And it turns out Pat Muldoon is right. I’m almost 50, and I’m still Lucas. My job in life now is to just play Lucas to the best of my ability. Maybe someday get some hardware. I would even take being nominated for an Emmy. I would be okay with that. I don’t even need the Emmy, just like make it so I don’t have to pay to go to the Emmys. That would be cool, if I was nominated.”