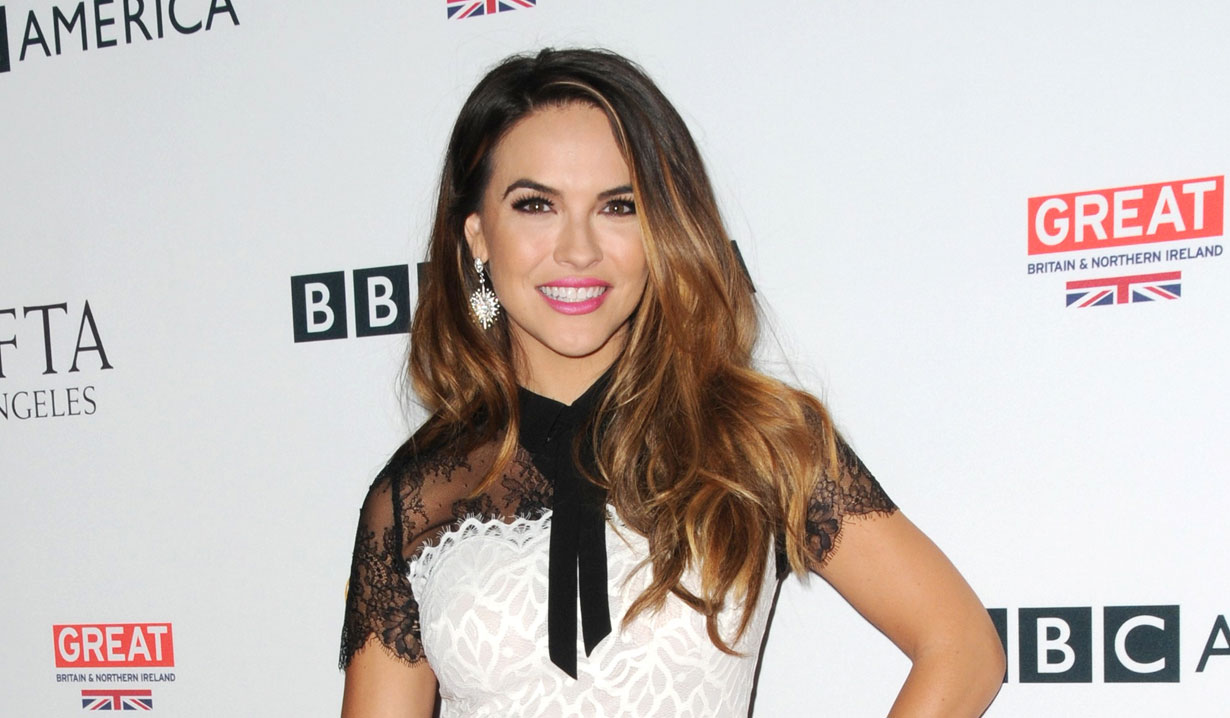 Days of our Lives actress to star in new Lifetime movie.

Soaps.com has learned that Chrishell Hartley, Days of our Lives’ Jordan Ridgeway, has been tapped to star in an upcoming Lifetime TV movie, Staged Killer. The air date has not been set yet, but will be this year, according to the movie’s production company, Reel One Entertainment.

Hartley teased the movie poster on Instagram, writing only that the movie is “coming to Lifetime soon! Will keep you posted on dates & times!” The image showcases her character, flanked on either side by actors Jason Dolley (Good Luck Charlie) and Nicole Bilderback (Dark Angel), all three of them looking serious and suspicious of those around them.

Hartley’s character, Naomi Spencer, is a popular local television morning talk show host whose personal life begins to fall apart when her former co-host from a college show, Jake Everett (Dolley) reappears in her professional life.  While the audience reaction to their on-screen pairing causes ratings to skyrocket, behind the scenes, Jake’s presence leads to ever more dangerous and deadly scenarios for the people in Naomi’s life, as well as Naomi herself. This includes her coworkers and friends, including Bilderback’s Scarlett.

This is just the latest project outside of daytime for Hartley, who can also be seen playing a real estate agent in Netflix’s upcoming series, Selling Sunset, which dropped March 22. Hartley is married to former Young and the Restless and Passions actor Justin Hartley (Adam Newman, Fox Crane), and has had roles on Y&R and All My Children.

Stay tuned for more here on Soaps.com, where we will update you when a release date for Staged Killer is announced.

Coming to Lifetime soon! Will keep you posted on dates & times! @lifetimemovies

DWTS Season 30 Premiere Recap: Who Made the Best First Impression?