Days of our Lives Spoilers: Will Gabi Take Down Stefan? 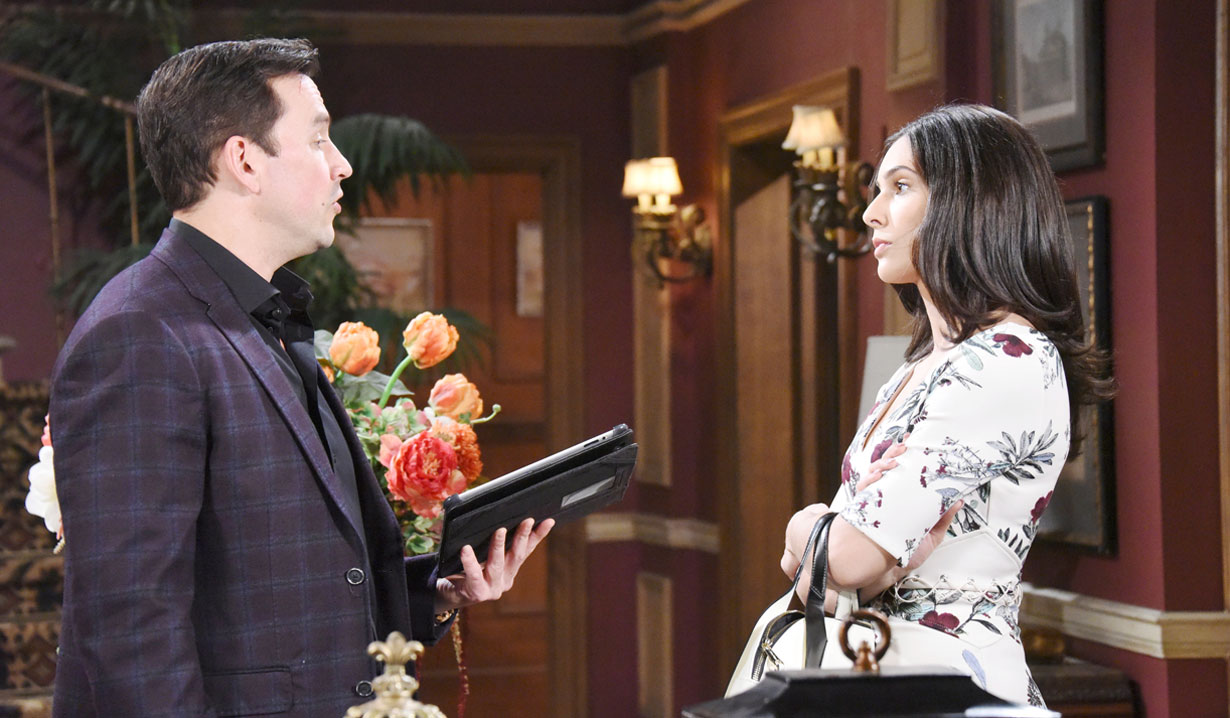 A fine line between love and hate on Days of our Lives.

Soaps.com’s spoilers for this week indicate that Days of our Lives’ Gabi turns to Brady for help, and the week of March 4, Brady pressures her to team up with him to take down Stefan. Gabi already detests Stefan for a number of reasons. He framed her for Andre’s murder in order to protect the real killer Abigail, whose alter Gabby he fell in love with. Stefan also ousted Gabi from her own company, Gabi Chic, which DiMera owns, and later had Gabi kidnapped and threatened her with a fireplace poker after the truth was made known that Gabi switched the paternity results of Charlotte to make Stefan think he was her father. Brady also dislikes the DiMera, who is now the sole CEO of DiMera Enterprises since Chad chose to leave town after marrying Abigail to head up DiMera’s Paris division. Brady, who is back in charge of Titan, sees Stefan and DiMera as his competition. There has been a long standing business feud between the Kiriakis family and the DiMeras going back to Victor and Stefano beginning in the eighties.

On soaps there is a fine line between love and hate, and revenge plots rarely work out the way they were intended. On Days of our Lives, Gabi, Brady and Stefan are all currently without love interests, so Gabi could find herself romantically involved with either man as this plan plays out. Gabi could attempt to charm Stefan, only to actually fall in love with him. Or working closely with Brady could result in feelings for him. Gabi is also known for making rash decisions and taking huge chances, so she could plot to marry either one of the men to secure her own future. Should she become romantically involved with one, or both, it’s also not out of the realm of possibility that a miracle occurs and she finds herself pregnant. After being attacked in prison, Gabi was told by Kayla that her chances of having another child were low. Should she get pregnant, Gabi finding herself in her own “who’s the daddy” scenario would be the ultimate karmic payback for what she did to Chad, Stefan and Abigail.

While we wait to find out what will happen between Stefan, Brady and Gabi, visit Soaps.com’s Days of our Lives spoilers to learn what’s coming up for other characters.