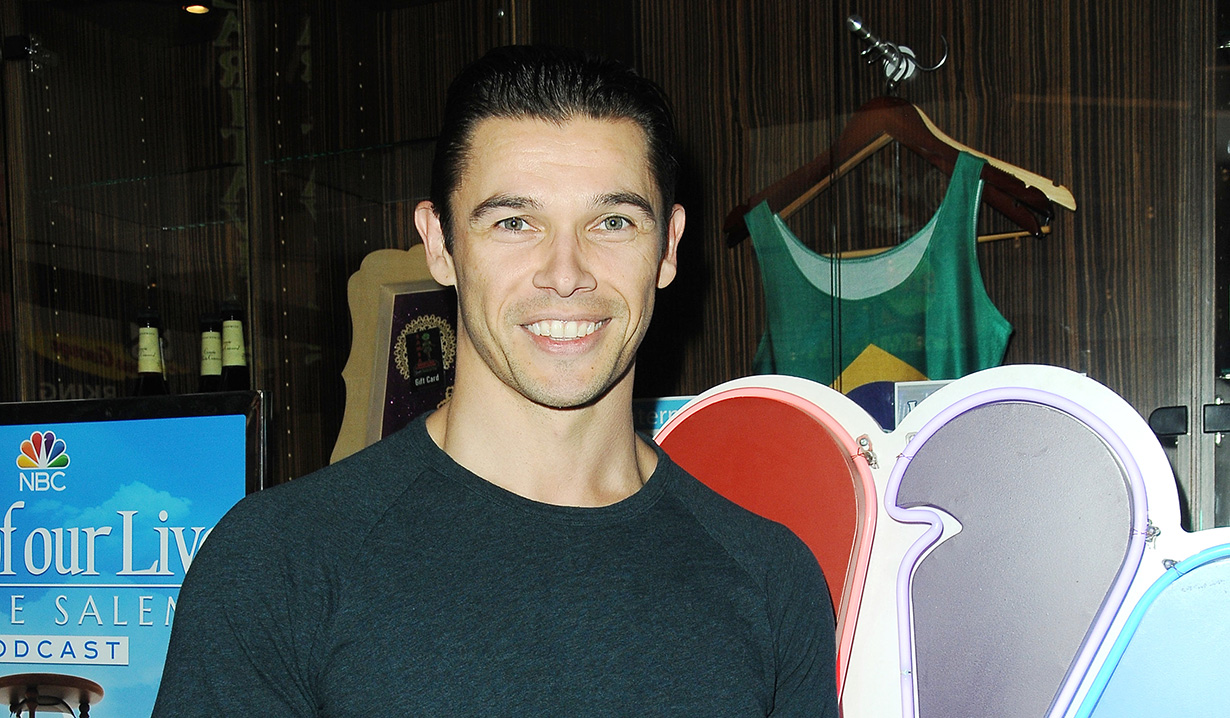 Dark role in new project for Days of our Lives’ bad boy.

Just because Paul Telfer isn’t on our television screens as Xander Kiriakis on Days of Our Lives right now, doesn’t mean he’s not hard at work. In fact, the actor recently wrapped the film Green Fever, which he starred in and co-wrote with Danny Acosta. The movie came about when another project they were working on, with director Gerard Roxburgh, fell through. In order to keep themselves on track as a team, they quickly wrote Green Fever, based on a real-life story about a medical-marijuana farmer, who was robbed and had to defend himself and his home against attackers. Telfer spoke to Soaps.com about why this film is so important to him and how his dark role as Ticker compares to Xander on NBC’s Days. It all started with the writing process of bringing the character to life.

“We wrote the film very quickly and it kept us focused on the scope of the film. The preciousness and procrastination of the writing process were kept out of it,” he described. “It started off as a project to show what we could do with any budget and it became something we are really proud of. It’s a grimy, nasty, little crime thriller with some horror elements because of how mean my character is.”

That was where Telfer and his writing partner were able to flesh out a character meant for the big screen. He didn’t have to worry about the parameters of daytime television, so he is dramatically different from Xander.

“Early on, Xander was pitched to me as a psychopath by the writers, but it’s funny because he’s a daytime psychopath,” he laughed, “It means he really doesn’t get to kill anybody. I always think of him like Wile E. Coyote, he schemes and has that deathtrap up and says, ‘Those pesky kids!’ ”

Without those restraints, the writing duo took Ticker to dark places in the film. “This wasn’t going to be on at 1 PM and we didn’t have to keep anyone happy. We could do this vicious little story because we don’t have to please everyone and make $100 million,” Telfer explained. “It could be more uncompromising, so it was really fun to write this character. I made him as horrible as I could.” 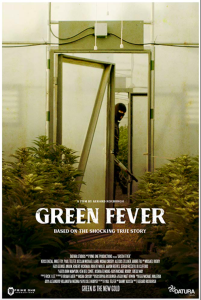 involved in the incident. He based him off of Scottish gangsters — “debt collectors, who would strike fear into the working class, drug-riddled neighborhoods.” Telfer said, “They would be called tickers because the clock is ticking on the debt.”

Green Fever also brings up some timely issues about the legalization of marijuana in states like California. It’s not as simple as it may seem because it conflicts with federal law. That was something Telfer and Acosta wanted to draw attention to in the film.

Telfer is hoping to enter the movie into several film festivals like Edinburgh Film Festival in Scotland this year. They are also looking into self-distributing the film in local theatres and iTunes for the first part of its release. Eventually, it will make its way to streaming platforms.

As for his return to Days of our Lives in 2019, Telfer wasn’t sure of the date. He doesn’t mind, though, because the element of surprise is one he still clings to in the age of social media.

“Often times, Twitter is faster than I am. I struggle a little bit with the constant desire for spoilers and to have surprises spoiled before they happen,” he said. “If you are one for surprises, I do everything I can to maintain that for whatever percentage of the audience who isn’t constantly online. I understand why it happens, but the fun of Xander is the surprise element.”

And that surprise with his character came forward with his recent storyline with Leo, played by Greg Rikaart. Telfer loved how it played out.

“To be fair, I felt that was always going to happen at some point. 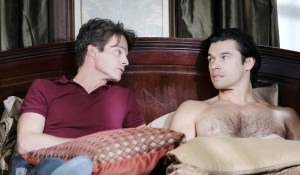 I thought it made a lot of sense when you have a loose character like Xander with strong connections to one of the main families, he’s the black sheep,” Telfer explained. “Sexually, those things haven’t really been written in stone for Xander. That’s what I enjoyed about it, there’s no reason why he couldn’t do this. They were such juicy, hilarious scenes.”

It was sometimes hard to keep a straight face in those moments with Rikaart. Yet Days move at such a fast pace, it was better to keep it together while the cameras were rolling.

“We try and get it out in the rehearsal time, usually,” he shared. “It’s always funnier if you can keep it together until they say cut.”

Telfer loves his work on DOOL because it offers him the freedom to pursue other roles and “chase after [his] wife [actress and singer Carmen Cusack], who is always in New York or Chicago or San Francisco doing a show or concert.”

However, he’s always ready when he gets that call to come back to Salem and wreak a little havoc on Days of our Lives.

“I never know if it’s going to be 10 or 20 episodes, but it’s always fun. I feel very lucky to be one of those characters that have the facility to come in and out like that,” Telfer summed up. “He’s a catalyst, always causing trouble and then blowing out of town until next time.” And Soaps.com already has the scoop that Telfer is already back taping scenes as Xander Kiriakis.

Days of our Lives Spoilers: Will...