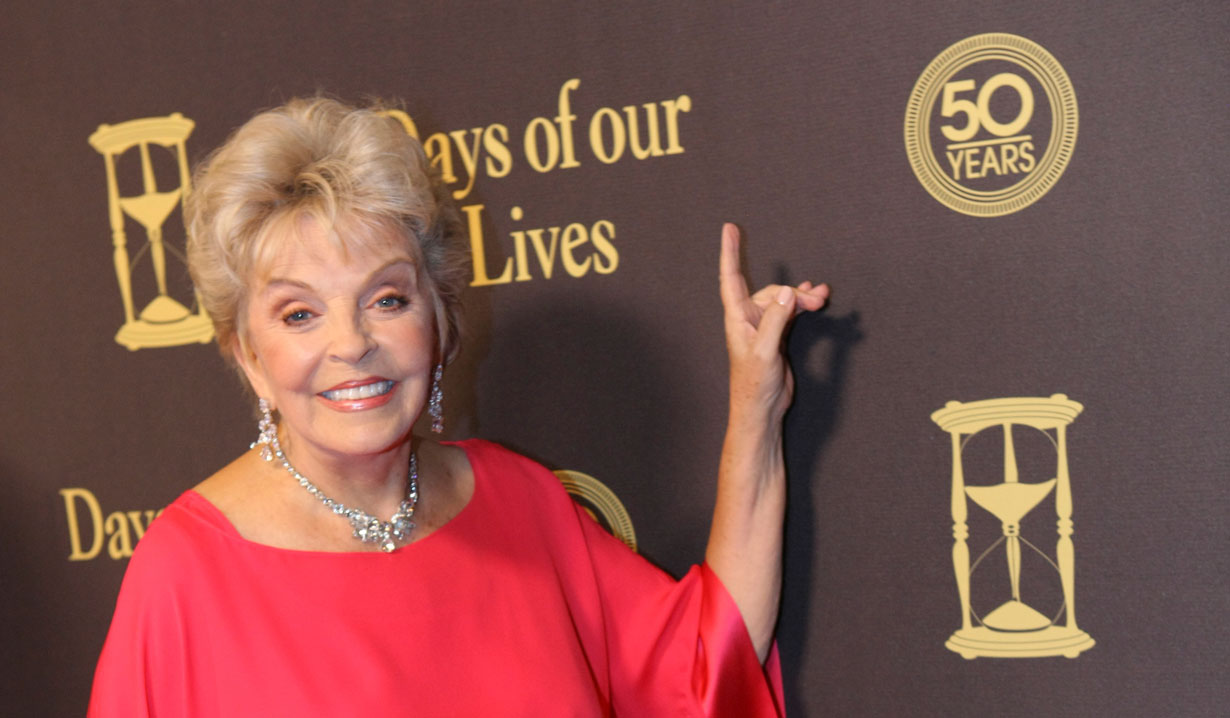 Days of our Lives actress looks back on fifty years of memories on the soap.

Soaps.com reported on Bill and Susan Seaforth Hayes lifetime achievement award from the Daytime Emmys. Now Seaforth Hayes is preparing to celebrate 50 years as Julie Olson Williams on Days of our Lives and spoke with Soap Opera Digest about her favorite memories from the show. While she doesn’t have a favorite storyline, the one that sticks out the most for her was, “When all the cast was being assassinated by Marlena and I got to be the chief mourner at every funeral. It was challenging because we did not know there were gonna be returns at the end of the rainbow on a desert island in the middle of some ocean somewhere, and dealing with the loss week after week. The carnage of the cast was challenging, especially when Bill, my husband, was killed on the show. Very challenging.” The storyline also featured one of her favorite scenes. “There was a very well-written scene where Doug had been killed and Julie doesn’t know it yet, but he appears to her walking out of a tunnel of light and they say goodbye forever. That was also probably my most difficult day.”

With Christmas coming, the viewers expect the annual hanging of the ornaments on the Horton tree, which she admits is a favorite moment of hers. 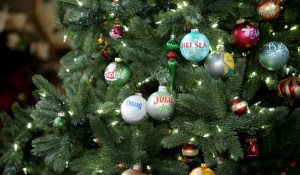 “I liked having the chance to say, ‘In this moment we honor what is with us and what has gone before,’ and I think it’s a big hit for the audience because it’s a chance for them to revisit their memories of their own lives, their own families and the things they have loved in their lives. It’s a sentimental moment in a show which is filled with emotion and action, but it just stops for a second and says, ‘This is what counts.'” She even admits, “After I had done that first Christmas show, I began to paint ornaments with the names of friends and give them as gifts. I thought it was a great idea.”

When asked what her favorite thing about Julie is, it is that, “She’s still there! I think she’s matured emotionally, although sometimes having a mature attitude does not advance action; you have to have conflict to have action. She always steps into conflict. She’s not afraid to. She’s a good deal less selfish, which is the lesson of being alive, that you’ve got to share things and not control things. I enjoy that she’s grown up.”

More: Susan Seaforth Hayes on behind the scenes antics at Days

When asked about the late Francis Reid (Alice Horton) she said her favorite memory was, “The Christmas parties that she used to give for the cast. When the cast was 12 people, these were wonderful, wonderful parties. She loved us. She genuinely loved us.” Of MacDonald Carey (Tom Horton) she recalls he was a, “Great giver of advice. When I had been on the show a very short period of time and was beginning to feel my oats as an actress and disagreeing with the script and disagreeing with the director and in general behaving like an idiot, he was very kind to me. He took me aside and said that I was never going to get anywhere behaving in that fashion and that I should perhaps choose my words more carefully and catch more flies with honey than vinegar.”

Of her on-screen step-daughter and half-sister Kristian Alfonso (Hope) she noted, “Kristian reaches out to Billy [Hayes] always and honors him and I cannot help but love 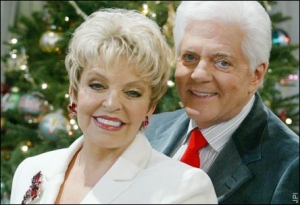 her, first of all for that, in addition to all the time spent together.” And lastly, of her husband Bill Hayes (Doug Williams), she commented her favorite thing about him is, “His professionalism, which impressed me, in addition to his goodness and beauty and charm. After we lived together as husband and wife, I realized how many hours he devoted to the work. He was never an actor who came in and learned his lines during rehearsals. He would come in with the steps, with the music, with everything ready to go. Strength of character, goodness of heart, openness to new ideas, and enthusiasm for life – this man has endless enthusiasm and makes the most of every day and every moment. What a life partner.”