Updated on November 8: Soaps.com has learned that due to his taping schedule on Days of our Lives, Greg Vaughan (Eric Brady) will not appear on the November 9 episode of CBS’ MacGyver. The part of Ethan, which he was set to play, had to be recast. In a statement on Instagram the actor announced, “It is with great pleasure that I was offered a role & opportunity to be apart of this great cast & show @macgyvercbs for which I greatly enjoyed, but due to my working schedule @nbcdays it then required recasting. Thankful to be a working actor on every platform! Thank you ALL ??”

On October 22 Soaps.com reported that Days of our Lives Greg Vaughan (Eric Brady) will appear on an upcoming episode of CBS’ MacGyver. In the episode titled Scavengers + Hard Drive + Dragonfly, Matty (Meredith Eaton, NCIS), the director of operations at the Phoenix Foundation, sends MacGyver (Lucas Till, X-Men: First Class) and his team to Ghana to recover a hard drive from an e-waste landfill that is run by a powerful and violent man. When Matty refuses to reveal what’s on the drive, other than a mysterious file called “Dragonfly,” MacGyver and the team speculate why it could be so important to her. Soaps.com can tell our readers that Vaughan plays Ethan in the episode, which airs Friday November 9 at 8:00 PM.

MacGyver is a reimagining of the classic series, which ran from 1985 until 1992. It was rebooted in 2016 and just began its third season. It stars Lucas Till in the title role made famous by Richard Dean Anderson (Jeff Webber on General Hospital.) The show is an action-adventure drama about 20-something-year-old Angus “Mac” MacGyver, who creates a clandestine organization within the U.S. government, where he uses his extraordinary talent for unconventional problem-solving and his vast scientific knowledge to save lives. The hit drama also stars George Eads (CSI: Crime Scene Investigation) as maverick former CIA agent Jack Dalton. Tristin Mays plays (The Vampire Diaries) appears as Riley Davis, an unpredictable computer hacker with a chip on her shoulder. Justin Hires (Rush Hour) stars as Wilt Bozer, Mac’s roommate and the newest agent on the team. Under the aegis of the Department of External Services, MacGyver takes on the responsibility of saving the world, armed to the teeth with resourcefulness and little more than bubble gum and a paper clip.

It is with great pleasure that I was offered a role & opportunity to be apart of this great cast & show @macgyvercbs for which I greatly enjoyed, but due to my working schedule @nbcdays it then required recasting. Thankful to be a working actor on every platform! Thank you ALL ?? #MacGyver #DaysofourLives 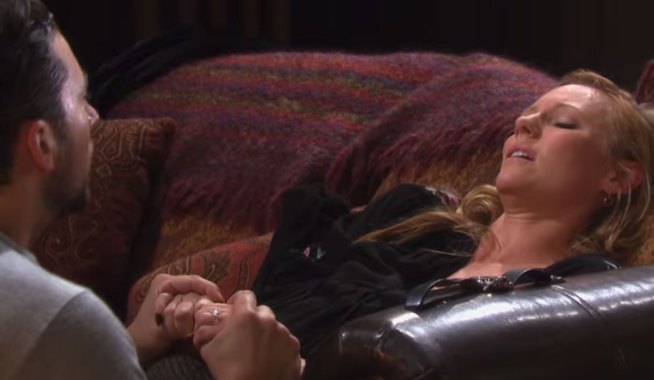