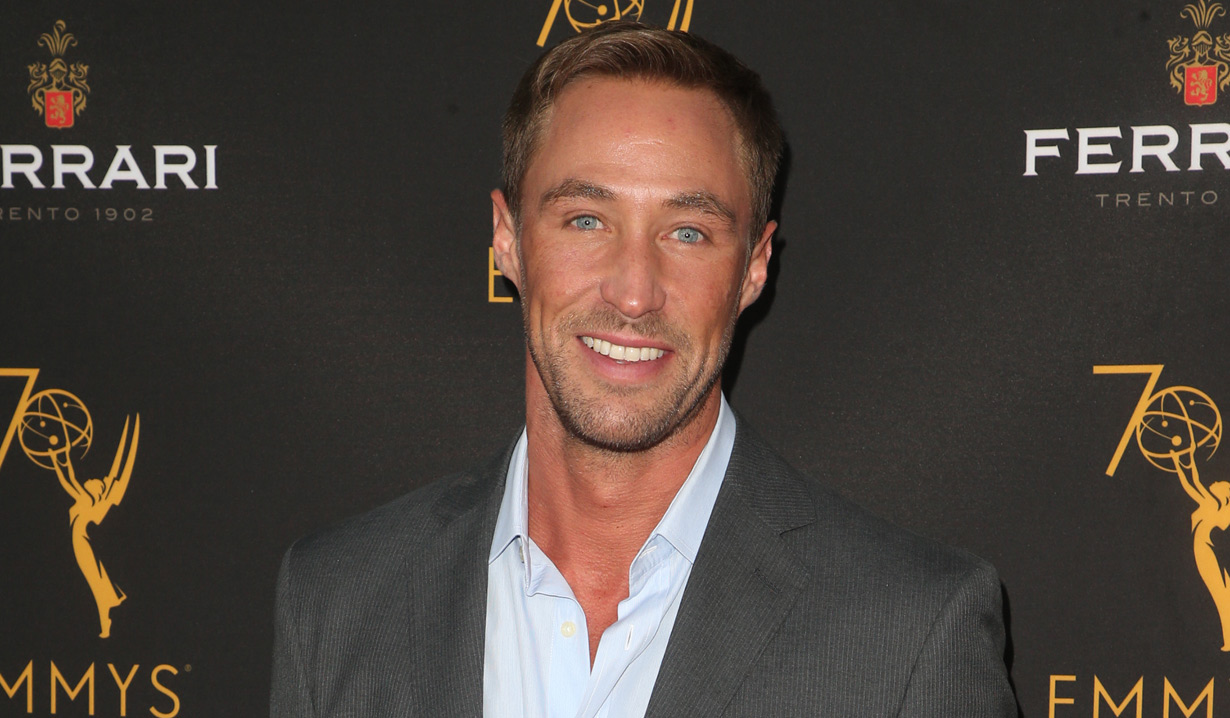 Kyle Lowder, who Soaps.com readers know originated the role of an adult Brady Black on Days of our Lives back in 2000, is set to return to the show after being gone for 13 years. Lowder will play Rex Brady, the son of Kate DiMera and Roman Brady, and twin brother of Cassie. The actor spoke to Soap Opera Digest about his return. Executive producer Ken Corday reached out to Lowder to pitch head writer Ron Carlivati’s idea to bring him back as Rex, last played by Eric Winter, who Lowder admits he didn’t work with much because that was near the end of his time on the soap. Lowder reveals, “He [Corday] started to tell me what was going on and I turned into a little child on Christmas morning. I got so giddy and excited about it. It started to sink in that I was going back to a show that really means the world to me.” Days was the first professional acting job Lowder had and he notes it, “always held that special place in my heart.”

He describes his first day back on set as a dance between never leaving, and haven’t been there in 13 years. When he walked onto the stage for the first time he, “Saw all of these familiar faces and sights and sounds and smells of the soundstage, the familiar Brady pub, which I had millions of scenes in before.” However, things have changed, for both Lowder the actor and his character. Lowder is now 13 years older and a father, sharing a daughter with former castmate Arianne Zucker (Nicole Walker). Now when he’s on set he’s, “Not talking about Brady stuff, I’m sitting down and talking about how everybody thought I was an alien, literally.” Rex and his sister Cassie were discovered in a space pod during a meteor shower, leading people to believe they were aliens. In fact, they were the handy work of Stefano’s mad scientist Dr. Rolf. He commends how the writers used his first few episodes back to recap Rex’s story and history with Mimi (Farah Fath-Galfond). This time around Josh Taylor (Roman) and Lauren Koslow (Kate) are his character’s parents, and he recalls when he first started on Days in 2000 that he and Josh had a serious storyline together. “He [Roman] shot Brady in the back and paralyzed him. We had a lot of scenes and got very close during that time, but that was almost 20 years ago.” He goes on to say, “Lauren and I have such a hilarious, realistic, organic mother/son relationship as well. They’re awesome people.” Of his former father Drake Hogestyn (John Black), Lowder gushes, “That’s my guy!” When he first moved to L.A. he explains, “Drake become my L.A. dad, I learned so much from him, not just about Days, about finding your light and hitting your mark and memorizing your lines.” Reuniting with Hogestyn on set was a special moment for him and he’s looking forward to working with him again.

Returning to Days also meant seeing another actor, Eric Martsolf, playing the role that was once his. Lowder notes, “I’ve known Eric for so long and we’ve never worked together. The only time I’ve really spent with him has been personal time away from work. He’s one of my favorite people. With regards to playing Brady, I feel like I did everything I could possibly do with that role and on top of that, it was so long ago.” Lowder says his former role now belongs to Martsolf, who’s played it longer than he did. He is just looking forward to working with his friend. Lowder has been taping for six months now, due to Days advanced taping schedule, and is just now seeing his first scenes air. He is excited for people to finally see them and what the fans reaction will be. “I can’t wait for people to see this work, whether they love it or hate it; I just want to know! I’m excited to get back on the air.” Lowder is also simply thrilled to be back at home on Days . “I get to do what I love to do for a living as an actor and as an artist, and I get to do it on a show that I have a very close, personal connection with.” He doesn’t take this for granted and states, “I just love going to work there every day.”

Xander, the Villain Days of our...